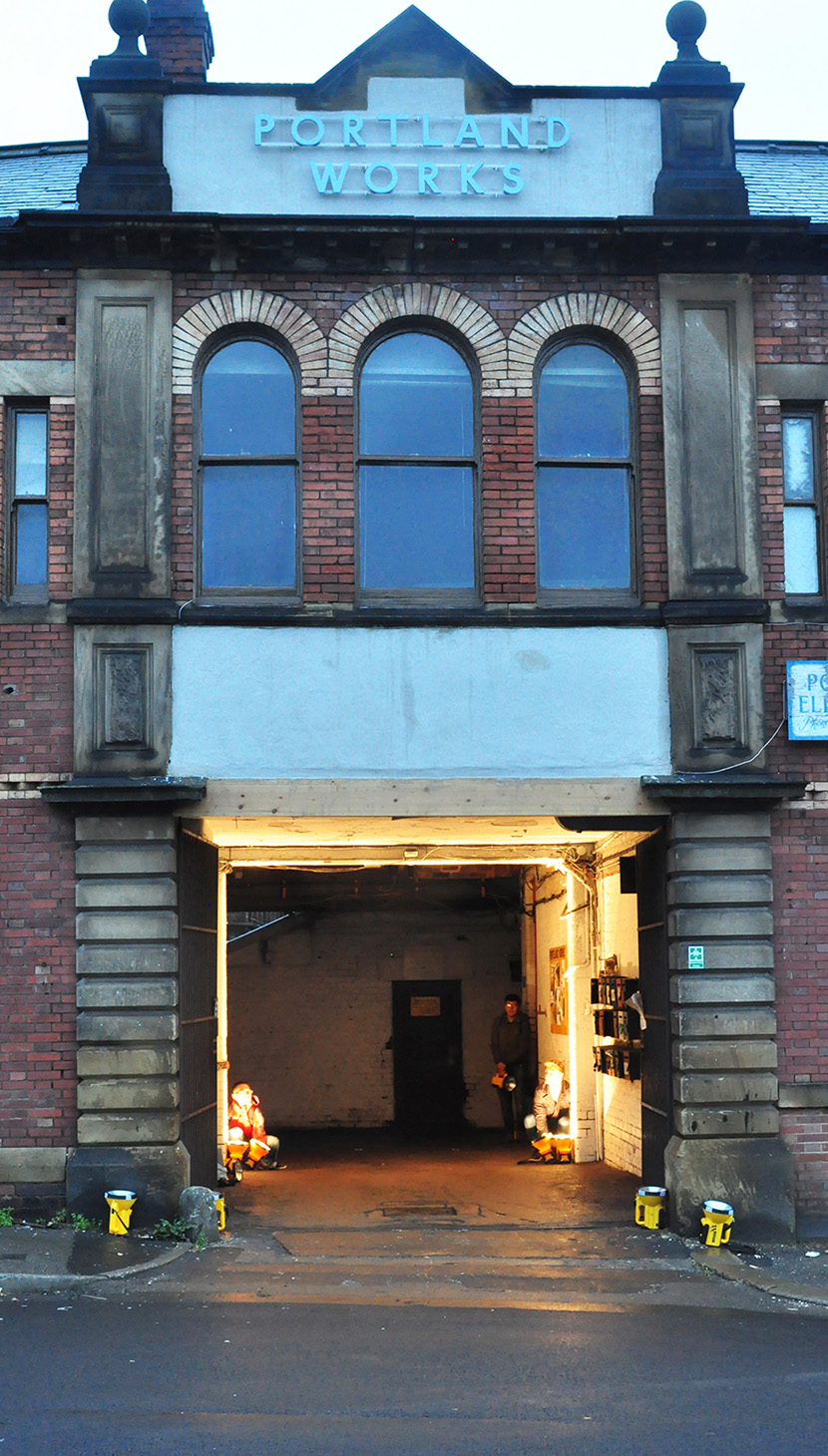 A campaign to turn a Victorian industrial building in Sheffield into a student residential development became a mission to reinvigorate a living legacy to Sheffield’s industrial past and make it the cornerstone of regeneration in the area to support a vibrant community.

The industrial built heritage has been one of the casualties of the rise of the neo-liberal economy in the UK, acting as a backdrop to many of the social and economic issues of England’s post-industrial Northern cities. Mentioning urban regeneration in places such as Liverpool, Manchester and Sheffield inevitably leads to the issue of existing building stock and conservation. In a predominantly service-based economy the creative industries and retail businesses are seen as the panacea for places such as the Northern Quarter in Manchester, Ropewalks in Liverpool and for the unashamedly branded Cultural Industries Quarter (CIQ) in Sheffield.

Portland Works (Grade II*) bears many of the chronic conditions of a Victorian industrial building in the North of England and was seemingly set on a similar course – to be renovated and converted to bedsit student flats. However, it provides low rent workshops to a surprising number of craftsmen, considering its dilapidated state – a living legacy of the ‘little mesters’ of Sheffield. Metalworkers, woodworkers, furniture makers, an engraver, a knife maker, independent artists and musicians have all served as the core stakeholders group around one of the largest Community Benefit Societies in England, which has been formed under a fairly straightforward slogan ‘Save Portland Works’. Since its initiation, the campaign has managed to attract sufficient attention and support in order to block the proposed planning application, raise enough funds and acquire possession of the building. Still in its infancy the society’s priorities are the repair and maintenance of the building, but there are already plans for apprenticeship schemes and support of start-up businesses.

Portland Works is one of the last functioning little mesters’ workshops – the building type that accommodated Sheffield’s cutlery manufacturers and made its name eponymous with the steel industry. It was also the first place in the world to produce stainless steel. Located in the Sharrow area of Sheffield, it is a neighbour of Stag Works, a similar building famous for providing studios to bands such as Def Leppard.

Sharrow, historically called Little Sheffield, is located immediately to the south of the city centre. It is an area of ethnic diversity, a relatively young population and home to the Sheffield United football ground. In his book ‘Neighborhood Politics: Chicago and Sheffield’ political scientist Larry Bennett writes that as a result of the city’s urban renewal policies of the 70s and 80s, namely the mass house clearance of Sheffield’s neighbourhoods, a strong sense of locality and communal action has been instigated in Sharrow. The most prominent contemporary manifestation of this historical sense of community is the Sharrow Lantern Festival and it is partially due to this pre-existing mindset that the success of the Portland Works campaign can be attributed.

The Sheffield Ring road – another inheritance from the 70s – has not only accelerated the fall in rent prices by cutting off the neighbourhood completely and making it unattractive for the already struggling businesses in the city centre, but also kept it off the radar of major developers for decades. In recent years it has begun to show the initial signs of gentrification – an inner city neighbourhood with a concentration of a variety of international restaurants giving it character and cheap accommodation for both residents and businesses. 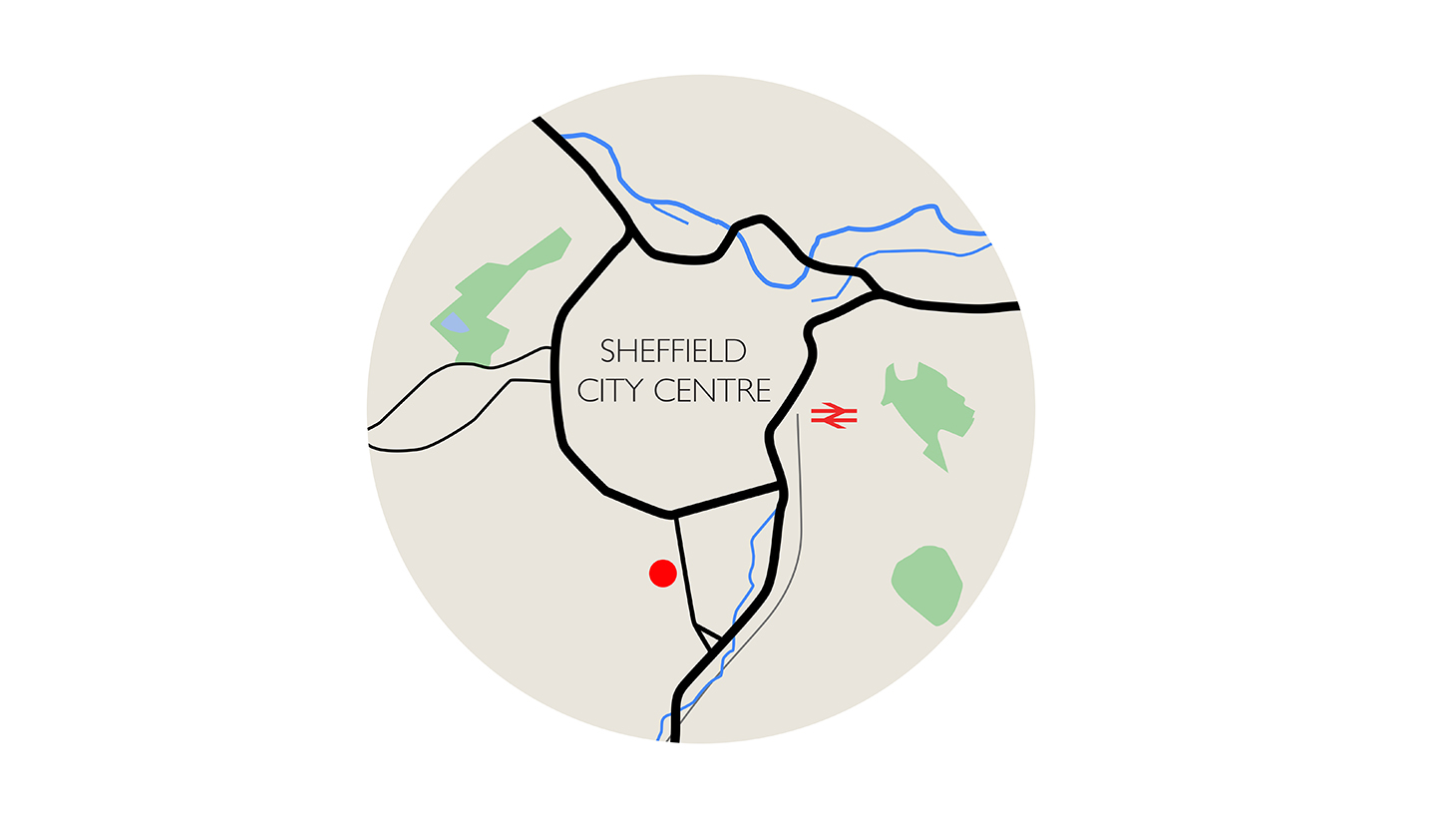 The campaign has been successful due to, but not exclusively, several factors: the importance of the building in historical terms and the social and industrial heritage of the craftsmen, the very strong link with education establishments, the existing community in the immediate locale and lastly the economic conditions of the global recession, which led to a reduction in the demand for student housing and retail in the area and allowed time for the campaign to grow.

Admittedly, the historic value of the building and the manufacturing ‘living legacy’ have been one of the main drivers behind consolidating the social capital of the campaign and attracting the attention of the media, but the building’s poor state of repair also worked in favour of a speculative redevelopment into flats. It is the existing pocket of economic activity that has strengthened the case for appealing against a change of use. The residential future of the Works would have meant dislocation of the existing businesses and a fate similar to Liberty Works in the Cultural Industries Quarter of Sheffield, which saw a highly successful student development, yet one which has contributed little to the residential community.

Using Portland Works for student projects
Students have been one of the groups with which a well-developed symbiotic relationship has emerged throughout the campaign. The connection in particular with the University of Sheffield’s architecture and journalism departments has brought many ideas to the table and nonetheless developed into research undertaken by Julia Udall and Dr Cristina Cerulli, with ‘the aim of development and implementation of a framework for collective production and action where engaged scholarship, community activism and community economic development converged to Save Portland Works from speculative redevelopment.’

In the past three years there have been two live projects in Portland Works – a six week intensive project which involved up to 15 masters of architecture students developing ideas for their ‘client’. Five more have taken place in the immediate area in the past and several of the people involved in initiating the Portland Works campaign have been previously engaged in other live projects in the area. The product of the university’s involvement has been the accumulation of graphical and physical representations of numerous ideas, studies of the fabric of the building and most importantly the creation of a much wider group of stakeholders. The involvement of volunteers and students has enabled the society to tap into a unique skill pool and receive valuable academic backing, whilst offering in return a fascinating piece of research for a range of disciplines.

Indeed, it is currently working with at least four universities across more than seven disciplines with the aim of itself becoming a place of education concentrated around manufacturing and guidance to similar projects. 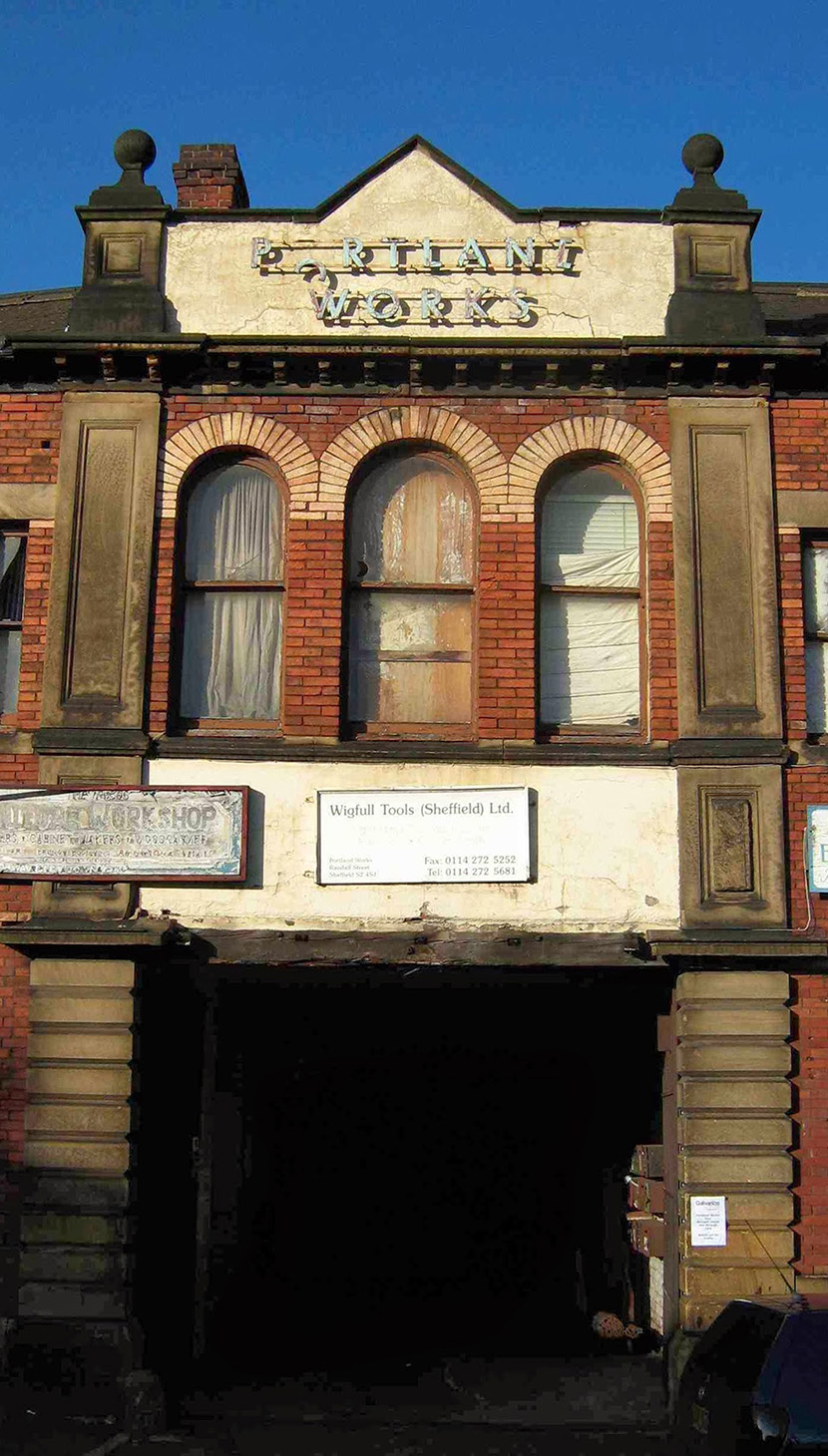 Building on knowledge from other campaigns
The Portland Works campaign has grown on the back of existing local organisations such as the Sharrow Development Forum and Little Sheffield Development Trust, a group with the same aspirations and which battled for the purchase of the neighbouring Stag Works. The importance of this pre-existing organisational knowledge has been paramount. Knowledge transfer workshops have taken place with funding from several organisations and set a valuable framework for future activities.

Community consultations and open days were launched in 2009, developing ideas and business models for the future of the works. After the refusal of the planning application a community share issue was launched in June 2011 and closed in June 2012, achieving the threshold target of £200,000 and enabling the purchase of Portland Works to go ahead. A loan from the Architecture Heritage Fund and several more donations has secured the immediate repairs to the building. However, a significantly larger amount will be needed in the long term.

Asked about how to counteract some of the effects of gentrification, the artist Grayson Perry replied: “It’s simple. Make cheap spaces available for artists to live and work.” What started as a campaign against a planning application has now fully developed into an Industrial Provident Society, which has purchased the building and assumed stewardship, maintaining as a core principle the offer of low cost workshop and studio spaces.

Retaining the character of the area has been essential, as any residential development backing onto industrial buildings would have brought with it a plethora of regulations such as the redesignation of the area from industrial to residential – further bringing more and more residential amenities. The redevelopment of the building will ultimately attract new occupants and start making a profit; however, having in its core a co-operative model of ownership could provide an alternative way of managing the regeneration of the building and the immediate area. The current poor state of the building and the bureaucratic nature of access to funding will mean several very tough years ahead before any profits materialise.

This could, however, provide time and space for a more considered approach to managing the regeneration of the building.  Certainly, the ongoing research taking place in Portland Works and the aim of the society to eventually support other similar developments in the area and beyond, suggest an aspiration for a more intelligent model of gentrification, one which would try to sustain its initial occupants rather than ultimately displace them.

More information on Portland Works can be found at portlandworks.co.uk