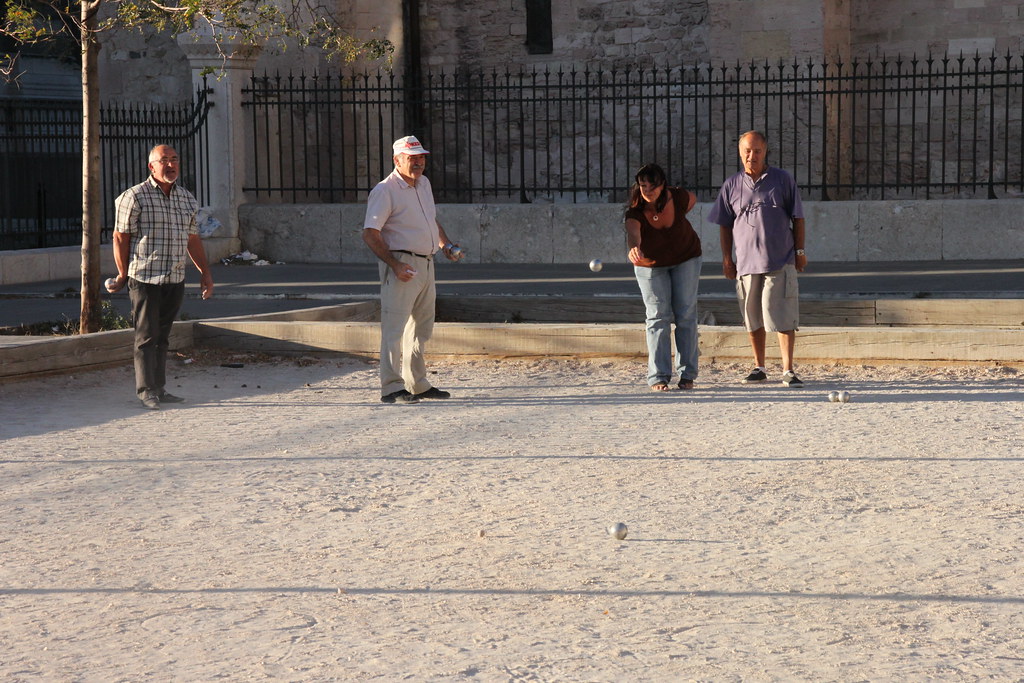 Marseille, France
Category: The European City of the Year Award 2014
Date of Visit: 2013

The city has managed to bring together all of the key agencies at a municipal, metropolitan, regional and national level with ‘Marseille Rénovation Urbaine’ (MUR) and, despite a long and challenging process, has managed to get all partners to agree to a 10-year Plan for the city which is enshrined in law. The subsequent certainty of budget and clarity of delivery ensures that the Plan can avoid the pressures of political short-termism – which many other UK and European cities are finding very hard to emulate, and possibly view with great envy!

The city has accepted that the scale of the issues it faces is impossible to tackle and resolve all at once, and so has selected priorities with either the highest potential for drawing in private investment or raising quality benchmarks, or the highest catalytic potential for generating economic and social benefit, such as high-quality jobs, improved living environments, etc.

3. Recognition of challenges and delivering appropriate responses via effective partnerships

The speed and scale of improvement achieved over the past decade in the city against key socio-economic indicators is impressive, and is largely attributable to the partnership approach established in the mid-1990s. The city has also proactively developed closer working relationships with similar cities outside of France – in particular other cities around the Mediterranean – to share best practice and lessons learned. This approach has engaged the resources of major funding institutions such as the World Bank, something which it would not have achieved on its own.

4. Using culture and heritage as an economic driver

The city has a very unique character which reflects its history as a commercial dynamo and cultural melting pot since Greek times. The city has recognised the benefits and opportunities this affords. Significant investment has been focused upon rejuvenating existing key heritage areas and also stunning modernist additions to the city’s urban fabric, putting it back on the cultural map. The city’s role as European Capital of Culture in 2013 has also been effectively used, not just as a fixed marker for delivering major regeneration, but also as a generator for renewed pride and belief amongst citizens.

5. Widen your sphere of influence

The city is proactively positioning itself as a great – if not the leading – Mediterranean city, thereby widening its horizons, connectivity and sphere of influence beyond just France and Europe. At a time where global tensions within Europe, and between Europe and what is widely deemed as ‘the West’ are high, this could prove to be a very astute move by the city.

Marseille is the second largest city in France, after Paris, with an official population today of just over 850,000, in a metropolitan area of just over 1million inhabitants. Its mountainous topography, large expanses of UNESCO-protected land and development history means it is highly dispersed, with a geographical area (24,062 ha) that is by far the largest in France – 2.5 times bigger than Paris, and 6 times larger than Lyon. It was formally founded as a city in 600BC by the Greeks who recognised the benefits of its natural harbour and strategic location, making it the oldest city in France. Whilst in a stunning natural setting, Marseille is not a particularly beautiful city; but what it lacks in aesthetic beauty it makes up for in a remarkable cosmopolitan vitality and vibrancy, reflected all aspects of its many different cultural influences, which gives it a very strong and unique identity of its own.

As a trading port Marseille has always absorbed a myriad of goods, people and influences, especially from Eastern and South East Europe, the Middle East and North Africa. As the city grew, long-established villages that had grown around steep inland hillsides outside of the original city walls, each with their own distinct identities, were increasingly absorbed into its boundaries. The city’s economic fortunes fluctuated until the 18th Century, when a successive combination of improved defences, French colonial expansion and the opening up of trade to the Indian Ocean via the new Suez Canal, propelled immense growth and prosperity. Much of the city’s distinct urban fabric and cultural assets, such as the beautiful Haussmann boulevards, derive from this period. Liberalism and non-conformity, as demonstrated by the city’s key role in the French Revolution, run deeply through the city’s psyche.

Marseille’s role as a major world port, combined with political and economic instability elsewhere, saw major inward migration, notably from Italy (from where over one third of Marseillais can trace their roots), and a Jewish diaspora which is now the 3rd largest Jewish community in Europe. In the 1960s another economic boom and the influx of over a million ‘pieds-noirs’ from former French colonies in North Africa created another population boom and a further dimension to the city’s multicultural dynamic. Today over 20% of the population was born outside of ‘metropolitan France’, mostly Maghreb countries, and almost 20% are of an Islamic faith, with almost 40% of under-18s of Maghrebian origin. Its long role as a cultural melting pot gives Marseille an open-mindedness and clear differentiation from the rest of France.

However, the port and its key strategic location in Europe meant that in the Second World War Marseille was badly bombed and then ransacked by occupying forces. Post-war reparations saw an immense amount of social housing having to be built quickly wherever there was space to accommodate those left homeless or left in overcrowded and unsanitary conditions. The city’s economic and population boom in the 1950s and 60s saw huge estates of ‘grand ensembles’ – massive residential blocks and towers with individual blocks of up to 2000 individual units – built to accommodate these new residents, increasingly on the less-developed outskirts of the city, far from the city centre.

In the 1980s a combination of increased trading competition from the Far East, social upheaval and frequent major strikes, and the growth in cargo-ships beyond the port’s capacity, led to serious decline of the fortunes of the port and the city. Unemployment rates climbed to 20%, and the population fell to under 800,000, with those who could afford to leave doing so. The poorest in society and newer immigrants suffered most, with many isolated in the mass social housing on the outskirts of the city, cut off from the few economic opportunities there were. Crime and violent social unrest mushroomed, and the city’s reputation plummeted.

1995 was a turning point for Marseille. A change of political leadership led to the establishment of ‘Euroméditerranée’, an urban renewal programme for 480ha of derelict inner city port areas – at the time the largest urban renewal project in Europe. This was the first time that local, regional and national governments had agreed to work together within a single structure, and the benefits of this were quickly apparent. By the mid-2000s unemployment rates had dropped to 14% and the people had started to move back to the city. GDP has grown to €25,997 per capita, which, whilst still slightly lower than OECD and national averages, is a significant improvement. Major structural change has seen the service sector, notably professional services, replace industry and manufacturing as the predominant economic generator.

Having said that, the port is still the 5th largest in Europe, adding €3.5 billion to the regional economy and supporting 43,500 jobs; its strategic importance is underlined by the fact that it is the largest gateway for petroleum in the Mediterranean. In addition, the city has recognised the latent potential of its universities, and is actively working to exploit the second-largest concentration of research scientists in France. This is helping to drive public-private R&D and growth in new and innovative sectors (eg. digital media, ‘green’ technologies, etc). As a result, Marseille has created more businesses (7,200) in the last decade than any other city in France.

More recently, a 10-year Plan agreed by a new local, regional and national agency partnership for the entire Marseille area, ‘Marseille Rénovation Urbaine’ (MUR), will provide a focus for over €1 billion of investment in 14 priority areas, including the worst-performing of the peripheral post-war residential areas. Most impressively, the Plan is protected by law and cannot be changed without 100% consensus, making it much more robust to political short-termism.

The city’s status of European Capital of Culture in 2013 has been highly significant, providing an immovable target by which to deliver major cultural, transportation and social investment. More importantly, the experience of winning and then hosting Capital of Culture has returned a sense of pride amongst all Marseillais; its subsequent widely-acclaimed success, with visitor numbers much higher than anticipated as host, has augmented the belief that Marseille can and is changing for the better. The parallels with the experiences of Barcelona with the 1992 Olympics are striking.

But severe socio-economic challenges remain in Marseille. Even though unemployment rates have dropped to around 15%, they are still a third higher than the national average. Unemployment in the under-25s is a particular issue, with rates up to 40% in some neighbourhoods, and particularly high rates in youths of Maghrebian origin. The correlation between the poorly-performing neighbourhoods and those with high proportions of immigrant residents is high. An estimated quarter of Marseille’s population live below the official poverty line. The most challenging statistic for the municipality is that 50% of the city’s residents earn insufficient income to have to pay tax. Connectivity between areas of economic need, notably the outlying ‘grand ensembles’, and areas of economic opportunity needs to be improved, as does poor post-war urban structure, building design and stock condition. Strong social cohesion, supported by intercommunity forums like Marseille Espérance, has led to relatively limited social and inter-ethnic unrest, particularly in comparison to other major French cities, but there is still a significant problem with gangs, organised crime and drugs.

However, the transformation the city has achieved over the past 10-15 years, given the scale of issues it faces, is hugely impressive. The new city motto of ‘Ma ville accélère’ (‘my city fast-tracked’) encapsulates the desire for positive change for all layers of society) – something which appeals to the strong affinity the citizens have with their city and embodies the intention to make sure that economic and social benefit is for all layers of Marseille’s society. The combination of rejuvenation of existing areas and industrial heritage assets such as Vieux Port, Le Silo, La Vieille Charité and La Joliette, plus new projects such as MUCEM and FRAC PACA, have boosted its attractiveness for both visitors and potential new residents. Planned projects as ‘EuroMed 2 Eco-Cité’, a new exemplar environmental neighbourhood on a 30ha brownfield site, demonstrate the city’s determination to create new quality benchmarks and socio-economic opportunities.

Proactively positioning itself as a leading Mediterranean city has opened the door to opportunities and boosted the city’s sphere of influence beyond Europe. The city recognises it still has an issue with image, both within France and outside, but it now has the belief to tackle this proactively.