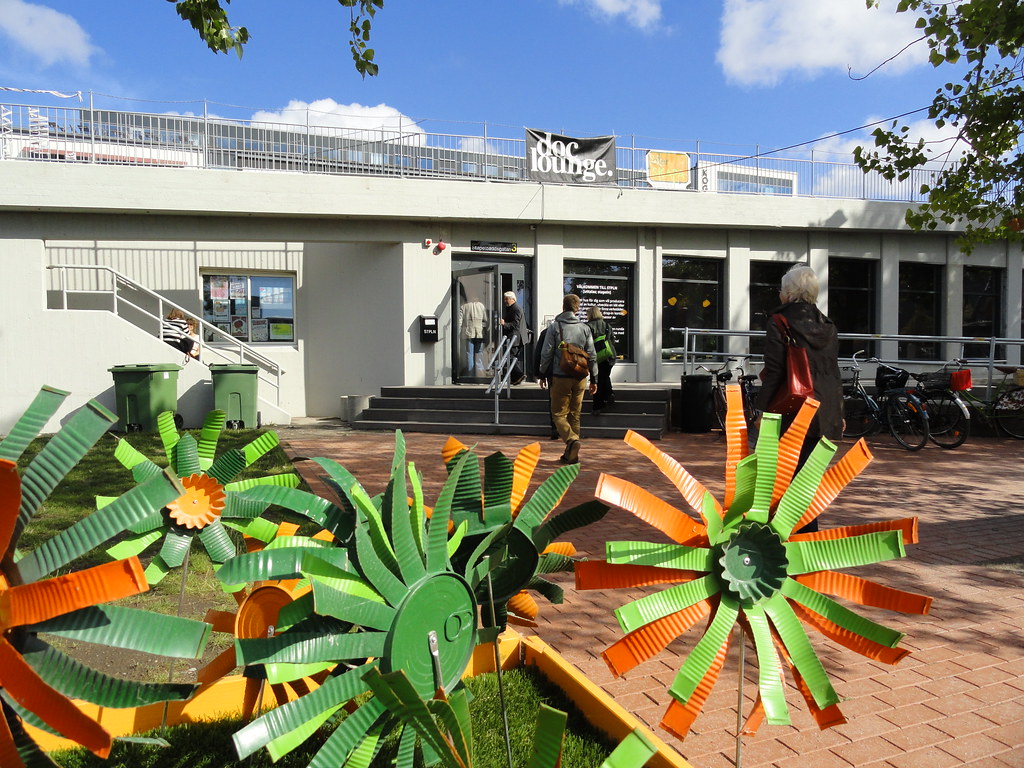 Malmö, Sweden
Category: The European City of the Year Award 2014
Date of Visit: 2013

1. Political stability and clarity of vision

Long-term political stability (for the last 15 years), long-term commitment of the city management team and clarity of vision have clearly been fundamental in the city’s recent transformation. The leadership and management of urban development are carried out with professionalism, quality and commitment at all levels, and the ‘big picture’ to deliver socio-economic stability. This approach, combined with openness, makes the city a good investment partner, from both the perspective of direct developer-partners and institutional investors.

2. Openness and adaptability in tools and techniques

The city uses a range of tools and techniques to constantly inform, refine and redirect subsequent waves of regeneration. It is open to external ideas and sharing best practice, and has become a leading player in the Nordic Cities network to facilitate that further. It’s willingness to trial new ways and technologies, for example in new energy and waste management, and to accept that they will sometimes make mistakes, is very refreshing.

Innovative ‘Value-based Planning’ in the city has for the last 10 years provided a holistic approach to development based upon a general spatial structure and a set of prioritised values. The method makes it very clear to participants why certain decisions are made, and enables the public to get involved in a very early stage of the process (through the local plan process), where the essential values for the initiative are defined.

Since the mid-1990s, the city has reviewed all aspects of environmental sustainability, leading to significant investment in a plethora of ‘green’ infrastructure, such as groundwater heating systems. The integration of all forms of renewable energy and energy efficiency impressively spans both the private sector and social housing sectors in all neighbourhoods at all socio-economic levels, and is clearly sensitively designed. All homes have access to extensive recycling systems and by 2014 it will be mandatory for all residential units to recycle, although already 98% of domestic waste in Malmö is reused or recycled into new material or energy.

5. Major infrastructure as a catalyst for regeneration

Malmö has invested heavily in major infrastructure to address key internal and external connectivity issues, and in doing so has overcome and removed some significant barriers to the city’s regeneration, permeability, economic growth, and strategic importance, such as with the opening of the Öresund Bridge. Malmö also invests on a smaller scale. A series of high quality public spaces (both green and blue) and amenity facilities have been created with different ages, behaviours and backgrounds in mind, and are well maintained and well-used by a true cross section of society.

Malmö is the third-largest city in Sweden, after Stockholm and Gothenborg, with a population in 2013 of 309,000. It was founded in the 13th Century as a fortified quay, and was a part of the Kingdom of Denmark until 1658. It was one of Denmark’s largest cities, and an important trading location for the German Hanseatic League, notably for herring. It is a compact city with a charming historical centre bounded by attractive waterfront and countryside with an appealing atmosphere and relaxed, human-scale pace of life.

When the industrial revolution reached Sweden in the mid-1800s, Malmö flourished and rapidly became the most industrialised city in Scandanavia. The Kockums shipyard, located in the Western Harbour (‘Västra Hamnen’), was one of the largest in the world, and supported the development of significant textiles and manufacturing industries. The 138m Kockums crane – the largest in the world at the time – was a major city landmark and icon for not just its 11,000 direct employees and 6,000 residents, but to Malmö as a whole.

However, major recession hit Sweden in the mid-1970s with the geographical shift of the shipbuilding industry to the Far East. By 1985 the population dropped to under 230,000, and the following year the city’s former economic powerhouse, the Kockums shipyard, closed down. The national financial crises of the early 1990s exacerbated the decline even further. The city lost 27,000 jobs, and the flight of the middle- and upper-classes to adjacent rural areas increased. By 1995 the unemployment rate hit 15%, the highest in Sweden, and an emergency restructure of the city’s finances was needed to prevent total collapse.

A change in political leadership in 1995 kickstarted the process of reinvention. A new redistribution programme for municipal income and expenditure was agreed. ‘Value-based Planning’ – a more holistic long-term approach to the development of the built environment – was introduced, with the city becoming increasingly smarter in its use of land and property assets and in using competition amongst private sector investors to stimulate greater planning gain. After initially attempting to encourage the prestigious Lund University to relocate 15km into the city centre, Malmö decided to set up a new university in 1998 on part of the site of the former Kockums shipyard. From an initial roll of 5,000 students, the university now has 25,000 students studying a range of new technologies and their impact on society, who bring a youthful creative edge the city’s dynamics. The city is further exploiting opportunities from its new university and the highly-specialist World Maritime University by developing business incubator space (such as Media Evolution City) and strong linkages with global high-tech industries.

In the late 1990s the city decided to focus on re-creating Malmö as an environmentally sustainable city. The city took the opportunity to bid for and host the 2001 Housing Expo, and constructed the 100% sustainable Bo-01 area at the Western Harbour (former home of the Kockums shipyard) as the anchor for the regeneration of the entire area. The Western Harbour is now approximately 65% developed out and contains the largest single concentration of Passivhaus homes in Europe. Existing neighbourhoods have benefitted from extensive environmental retrofitting, and the Value-based Planning system is used to push ever higher standards of sustainable design and construction. Malmö is now on target to be carbon-neutral by 2020 and to operate 100% on renewable energy by 2030, and in 2007 was ranked #4 in a global ‘Green Cities’ survey. In addition, the city has been delivering new high-quality public spaces, cycle networks and leisure facilities for all ages and cultures – such as Sundspromenaden, Scaniabadet, Slottsparken and Stapelbädden (northern Europe’s biggest skatepark, built around a old ship slipway) – to ensure that no one is more than 300m from amenity space or waterfront. Architectural landmarks such as Calatrava’s 54-storey ‘Turning Torso’ (2005) provide a highly-visual signifier of the scale and quality of city transformation.

The opening of the new 8km Öresund Bridge in 2000, linking Malmö to Copenhagen city centre and its airport has been a significant boost to the city’s economy, expanding economic opportunities, generating greater inbound commuting and increasingly attracting more residents from the Danish side. Other major transport infrastructure projects such as the City Tunnel, an underground commuter and freight railway tunnel under the city centre, and the planned Northern Loop railway will further improve connectivity and encourage reduced reliance on cars. The new high speed trans-Scandanavian rail link to Oslo and the Fehrnman Belt tunnel will tap into the city’s strategically beneficial location and fuel it’s re-positioning towards wider Europe.

Malmö has undergone a rapid and significant transformation from severe post-industrial decline into a strong (50%) service-based economy – including in financial & business services, IT and culture/leisure – with a very high quality living environment. GDP has increased by 61% over the past 10 years, albeit is still a long way behind that of both Stockholm and Gothenburg. There has been a major structural shift away from a few major employers towards smaller businesses. The city is now particularly attractive to entrepreneurs, with a very high rate of business start-ups (averaging 7 per day) and an impressive 68% survival rate at 3 years.

At the same time Malmö has been through the biggest multicultural change of any other Scandanavian city. In 1960 only 5% of the city’s population were ’foreign-born’ (mostly from Finland); now 41% of Malmö’s population are first or second generation immigrants, against a national average of 15%, with the highest proportion of Islamic residents (25%) in Scandanavia. The largest inflow has come from Balkan and Middle Eastern states, but there are now residents from 174 countries, with 150 different languages spoken. Unfortunately race-related crimes, in particualr anti-semitism, are now a particular issue in the city and by far the highest in Sweden. The outputs of the national ‘Million Programme’ between 1965 and 1974, which saw over a million units of social housing built across Sweden in estates of typical mass block units, has been increasingly absorbing the new immigrants to the point where now some comprise of up to 80% ethnic minorities. The change in ethnic make-up of the city’s population has contributed to a structural shift in population age too, with 48% of Malmö’s inhabitants now below the age of 35, with the average age on trend to fall even further.

However the benefits of Malmö’s recent economic growth and subsequent prosperity have not been evenly distributed, and the city has a sharp social divide. At 10.2%, unemployment today is still higher than the national average (7.0%), and is strongly concentrated in many of the Million Programme districts such as Rosengård, Lindängen and Kroksbäck and former working class industrial areas such as Norra Sorgenfri. Performance on socio-economic indicators such as health equality, child poverty, under-18 educational performance and welfare reliance are poor, and for low-income earners in Malmö their relative income has actually declined since the mid-1990s. Correlation between the poorly-performing neighbourhoods and those with high proportions of immigrant residents is high. Public transport, whilst much improved, is not as good as in other Swedish and European cities, which makes connecting areas of economic opportunity to areas of economic need more challenging. Major civil unrest has occurred in recent years – for example riots in Rosengård in 2008 and 2010 – and continues to bubble under the surface despite the relative high quality of the physical environment of these neighbourhoods, especially when compared to equivalent neighbourhoods in other parts of Europe.

To increase momentum in finding a solution, a Commission for a Socially Sustainable Malmö was established in 2011, with the task of developing evidence-based strategies for reducing health inequalities and improving living conditions, especially for the most vulnerable and disadvantaged. More recently a national Forum for Social Innovation was also established in the city, which brings together 19 stakeholders from across Sweden to develop research and expertise in social innovation and social entrepreneurship.

The city’s motto today is ‘A good life for everyone’, incorporating good housing, education and healthcare, and states that it wants to be the best city in the world for sustainable urban development by 2020. The city has recognised the need to build a truly socially sustainable society, in line with the Lisbon Treaty definition, and is re-focusing its policies and activities to do so. The physical and economic transformation the city has achieved in a relatively short timespan is impressive, and gives confidence that the same positive change can be effected to address the city’s socio-economic issues.

Tagged: European City of the Year