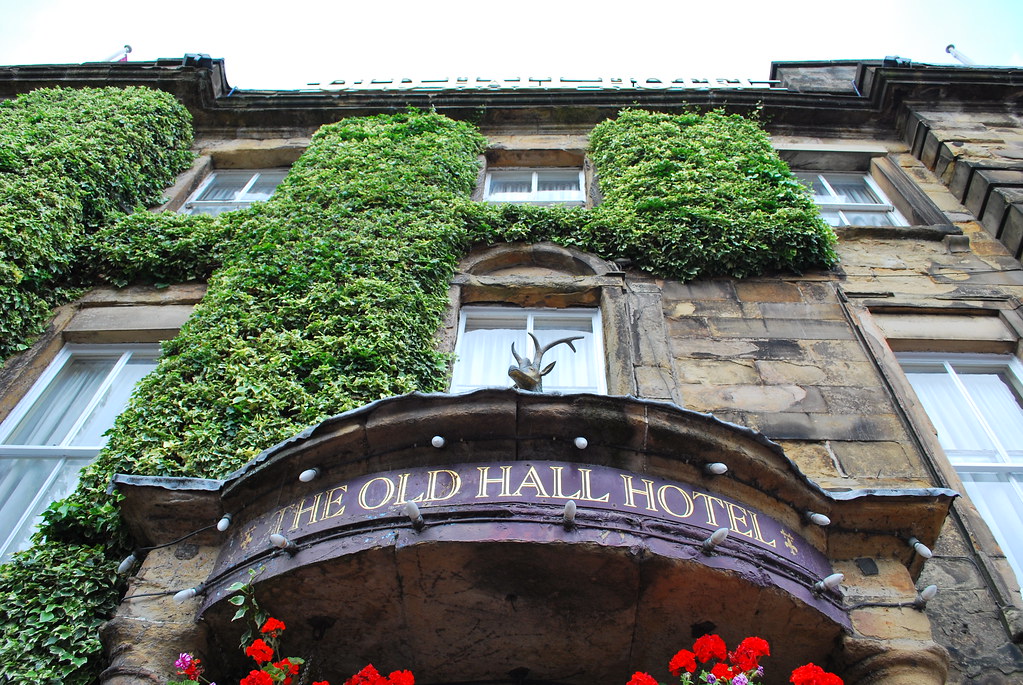 An energetic and committed Town Team can make a sustained contribution to the regeneration of a town and provide an effective umbrella for other voluntary groups. Furthermore, Buxton has identified key development projects, and the commitment to their completion over an inevitably protracted timescale is essential in maintaining the implementation of the vision for the town.

2. A clear vision with community acceptance

Having a clear vision that has resonance with the community is the cornerstone of a Design and Placemaking Strategy, which in turn is used to demand higher quality planning applications (and reject poor ones). This is clearly an exemplar of good practice.

3. Using academia as a catalyst for change

Buxton has established a university campus in the centre of town that has courses which derive from the distinctive aspects of the local culture and economy, and provides direct employment opportunities for students, which has been a major catalyst for regeneration.

Inexpensive, eye-catching ‘quick hits’ which engage with people have a role in the process of regeneration; for example, the battery powered ‘tram’, colourfully converted from a milk float, and the ‘talking signposts’.

5. Offer a range of events

In common with a growing number of towns, Buxton demonstrates that becoming well known for offering a range of quality events and festivals throughout the year is a key element in the economy and vitality of a town.

Buxton, the celebrated mineral water spa, is an attractive mixture of organic market town – the upper town – centred on a broad triangular market place, and the elegant mainly classical spa town cradled in the valley, comprising formal ensembles of buildings. It is the highest market town in England, almost entirely surrounded by the Peak District National Park, but due to its elevation and exposed approach roads, the town is cut off for short periods each winter, resulting in a culture of resilience and ‘can do’ volunteering, which has played a considerable part in its regeneration.

The universal use of local gritstone and limestone unifies the street scene of the town, in vernacular, Georgian or Victorian styles. An early extension to Buxton is characterised by arts and crafts houses set in leafy settings on the periphery of this compact small town of some 23,000 people.

The relatively small size and compactness of the town means that it is easily walkable, although the hilly terrain in places may be a challenge for some cyclists. However, Buxton is generally a pedestrian friendly town with generous areas for promenading and shopping, but there are locations where pavements are narrow and heavy vehicles approach the centre at unacceptable speeds. The compactness of the town and the long established infrastructure of local services, facilities and shopping, all within walking distance, also make a considerable contribution to its social sustainability.

The grain and layout of the street pattern, focussing on the main places gives Buxton an intimacy, makes it particularly convenient and notably safe from crime. However, the area around the rail station is less convenient from some directions, an issue which is under consideration. The rail station, close to the town centre, is the terminus for services to Manchester; negotiations about higher frequency of trains are under way.

The Buxton ‘tram’, a colourfully converted battery powered milk float, provides an attractive alternative method of transport for visitors, with a running commentary from the driver. The ‘talking signposts’ is a recent initiative where volunteers stand in key locations and by helping visitors with directions engage with them regarding their experience of Buxton and their reasons for visiting.

The High Peak Borough Council is the local authority for Buxton (and neighbouring Glossop), with Derbyshire County Council having responsibility for highways and some other services. The Design and Placemaking Strategy is proving crucial in promoting sensitive design.

Localism is thriving here; the Town Team, established in response to the Portas Review as a Community Interest Company in late 2012, is an umbrella group to advance the prosperity and wellbeing of Buxton and its community. Many of its members belong to the numerous other groups in the town, such as Buxton Vision and the Civic Association. For instance, without voluntary help, the restored Opera House would be unable to stage its varied programme. There appears to be a creative dialogue between the Team and the Local Authority and there seems to be amongst these a striking ‘buy-in’ to the ‘leading spa town of the UK’ vision for Buxton.

The recent establishment of the campus of the University of Derby Buxton has been an imaginative and significant investment, providing a skills base drawing upon and serving the local spa economy with courses on hospitality and other related fields. Additionally, an industrial-enterprise estate is home to smaller concerns and appears to be thriving. Tourism, especially the cultural offer, is however the main driver that sustains the variety of shops and venues of the town centre; many more than a ‘typical’ town of Buxton’s size.

The commitment to the economic regeneration and cultural re-use of key buildings, notably the Dome, the Opera House, ongoing the significant and sensitive investment in the centrepiece Crescent, and proposals for the town hall, demonstrate a sustainable contribution to Buxton’s future.