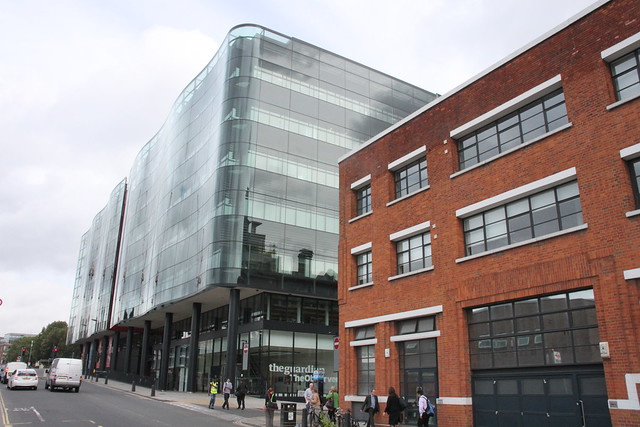 The project might be a rare and wonderful example of patronage, reminiscent of Victorian philanthropy; however it has shown how commercial development that takes a long view can deliver cultural venues and a return on investment.

The client was a visionary risk taker that saw the potential of the area, but the scheme was triggered by the development of St Pancras International station and the regeneration of the entire Kings Cross district.

From the outset the enlightened brief sought to make the cultural offer accessible to local residents and there is a comprehensive outreach programme. The scheme continues to run a range of programmes with the local community and schools.

5. Quality of facilities and management

The generosity of the design is matched by the thoughtful management of the cultural programme that responds to the diverse age range of users seen on any visit.

Can a building be a great place, at least in the way that urbanists would understand it? Urban places are generally to be found in-between buildings rather than within a single building. They are places where people can linger, that are animated by the life of the buildings that surround them and where the theatre of public life is acted out. In short they are part of the public realm. Yet by all of these tests Kings Place is, as its name suggests, a ‘place’.

Its atrium is open to everyone to come in, and sit, and meet without needing an appointment or having to buy a coffee. It is a space animated by the 3,000 people who work in the building and the many thousands more who come to a concert or visit a gallery, drink in its bars or eat in its restaurants. Like Nolli’s map of Rome, which showed the inside of public buildings as public spaces with the same status as the neighbouring streets and squares, Kings Place has created a great indoors urban place.

Kings Place was conceived by the Leeds based property developer Peter Millican. He reasoned that, as office users demanded larger and larger floor plates, more of the city was being privatised. He therefore conceived on an office scheme that was also a public space. Kings Place includes 500,000 square feet of space, of which 300,000 square feet is lettable (a terrible gross to net ratio as many agents and developers have remarked). Yet the common areas are anything but common. The entrance gives onto a huge atrium the height of the building that links the street to the canal basin at the rear of the building. At the entrance is a sculpture gallery and the atrium includes a coffee shop, conference space and a bar and restaurant at the rear with a terrace alongside the canal.

Above this are offices, the main tenant being Guardian Newspapers who occupy three floors and have their own entrance. However it is what lies below that is the marvel. The building is sunk deep into the ground with three basements the upper two providing the main public facilities. The atrium opens up into a wide staircase dropping down to two levels of gallery space and a range of cultural facilities. These include three halls, a studio space capable of seating 220 a traditional concert hall with 420 fixed seats and the St Pancras Room, an auditorium for speech, seating 100. There are also three rehearsal spaces, recording and broadcasting facilities, dressing rooms, a teaching room and office space for the London Sinfonietta and the Orchestra of the Age of Enlightenment, plus a range of smaller music organisations. This has all been bequeathed to a charitable music foundation that programmes the space.

All this in a building that opened in 2008, just as the world was consumed by the credit crunch. As we were told on the visit, Peter Millican was either really cleaver or very stupid. Indeed during the visit the academicians spent a long time trying to understand whether Kings Place really had discovered an alternative reality for property development, as some commentators have argued, or whether the scheme is in fact an extraordinary piece of philanthropy.

The story starts in the early 2000 when Peter started looking for a site in London to build his concept of an office development for the future. He set himself a number of goals; to build a strong team of people, to build well, to build generously and to build on a transport hub. The building was to bring together three Cs: Commerce, Culture and Community.  The site on York Way was very off pitch at this time, before the decision to locate the Eurostar Terminal at St. Pancras and prior to the  planning approval of the Kings Cross masterplan. The benefit of this was that the land – a former depot employing 30 people – was cheap, the problems were the prostitutes on the street, the planning authorities reluctance to allow such a large building and everyone’s difficulty in seeing it as an office location. However the scheme proceeded, Dixon Jones was appointed as the architect following a competition and the concept took shape. The key moment was securing Guardian Newspapers as an anchor tenant. They had been looking for an alternative to their cramped premises in nearby Farringdon and were attracted by the concept for the building and the fact that since it was still at the design stage they could design their offices.

Other prelets followed including Network Rail and Logica with the result that the building was fully let on the day it opened. Other property developers may regard the building as being hopelessly uneconomic, but it is impossible to separate the generosity of its concept from the fact that it has been fully let and profitable since it opened. As Peter Millican points out, they were able to get finance for 80% of the value, something which would be inconceivable today and which would make the model impossible to replicate.

On the visit we came to the conclusion that cities would be much better places if all offices were built this way, but that this was probably unrealistic. We were not however clear whether this made Kings Place less important as a replicable model or more impressive for the achievement of it being built.