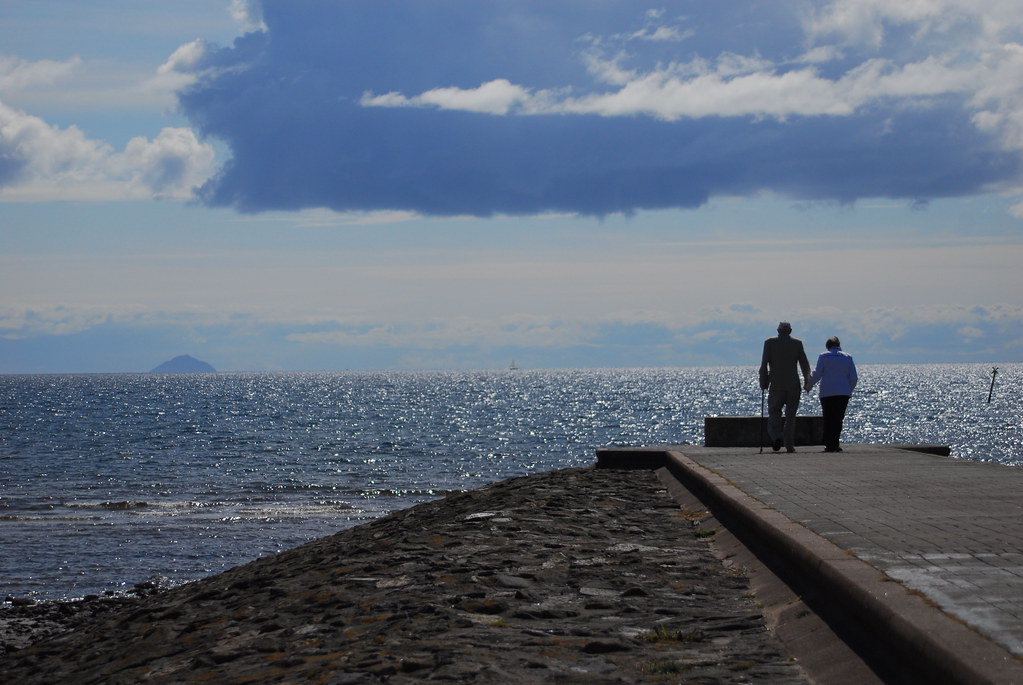 1. Regenerate at the pace of the place
Slow, locally driven regeneration is clearly a viable and possibly, at a small scale, a better alternative to top-down comprehensive master planning.

2. Look back to influence your future
This is a good example of a place that has built on its own perceptions of history to reinforce its identity.

3. Enable the community to do it themselves
Left to its own devices a strong community can regenerate itself given sufficient technical support and a small amount of money. There is a great deal to learn from a regeneration company that consciously becomes an enabler of local ambitions.

This little known place at the mouth of the River Irvine on the west coast of Scotland is only some 25 miles from Glasgow and yet feels much further from the city.

Lying at the confluence of the Rivers Irvine and Garnock which flow into Irvine Bay, the harbourside commands a striking estuarine location, with expansive views of the wilderness of the Bogside Flats and the Ardeer Peninsula. In clear conditions a further visual backdrop is provided by the Firth of Clyde, the mountains of the Isle of Arran and Ailsa Craig.

The Harbourside area extends 1.5km from Irvine town centre to the beach. It is caught between the New Town and the estuary and, although only yards from the station and the shopping centre, feels slightly isolated.

The majority of the estuary is designated a Site of Special Scientific Interest (SSSI) in recognition of its importance as a breeding ground for migratory birds.

Irvine (population 37,650) is a town with a strong and fascinating heritage. From Royal Burgh through a period of prosperity secured through its port and harbourside, trade and key transport connections, the town grew and developed as a market town with strong industrial connections associated with shipbuilding, textiles and chemicals.

Historical connections with Burns, Poe, Boyd, Galt, and Mantell capture a place with a strong local and national history.

Irvine developed as a port from the 17th to the 19th century but experienced terminal decline during the 20th century. Dredging ceased in the 1960s and it then became a tidal harbour. The quayside and wharfs that remain today are now mainly occupied by historic vessels exhibited by the Scottish Maritime Museum.

Many of the buildings fronting the Harbourside are in residential use, these interspersed with a number of commercial and entertainment uses. Recent years have seen the opening of a range of new independent businesses including cafes, artists’ studios and business incubator units alongside more established destinations including several historic pubs and the Harbour Arts Centre.

The self-assessment we were sent prior to our visit explains that Irvine was designated a New Town in 1966 with major new housing developments, retail parks, employment land and leisure facilities. Growth and the infrastructure to support it transformed a small town into a town with a planned population of 116,000. The New Town Development Corporation never completed its plans, leaving behind a town in flux, a state which is clearly illustrated by economic, social and place structures that have more a sense of unfinished business than of vision and confidence.

Change imposed from outside has largely not delivered the jobs, quality of place and community cohesion that was expressed in the New Town Vision. This has left a residual distrust of the local authority and provided the incentive for new groups to emerge in order to address the problems.

Interestingly, many of the principal landholdings in the area remain in public ownership. Historically, these were controlled by the Irvine Development Corporation but assets have passed to its successor bodies, North Ayrshire Council and Irvine Bay Urban Regeneration Company. This further provides the ability to influence the quality of design and place.

Within this context, Irvine Harbourside has evolved as a creative quarter distinct from the rest of Irvine and is now seen as a clearly defined place. As so often happens in slightly derelict and unloved places in our towns and cities, the artistic, the entrepreneurial, the cultured and the crafts people find available low-cost space and a like-minded community.

In this case, the Harbour Arts Centre, one of the early occupants, the WASPS (Workshop and Artists Studio Provision Scotland) Artists’ Studios, the Burns Club and many more have taken occupation. This is reinforced by the presence of the Scottish Maritime Museum which is situated within the category A former Engine Shop that was physically relocated in 1991 from a derelict shipyard in Glasgow to the eastern end of the Harbour area.

Instead of the entire comprehensive master planning led by a range of public bodies, what has taken place is a series of small community-led projects delivered from the ground up.

Instead of hundreds of houses, a retail park and a golf course what has actually been developed are an extraordinary arts centre, the courtyard studios, and a series of local history projects which all serve to reinforce a strong sense of place.

The area suffered a number of disappointments, not least of which was the ironically titled ‘Big Idea Millennium Project’ located on the Ardeer Peninsula on the north bank of the river. Billed as the ‘Museum of Scottish Invention’, the ‘Inventor Centre’ opened in April 2000 at a cost of £14m in a spectacular grass-covered building on the site of Alfred Nobel’s dynamite factory. The centre never attracted sufficient visitors and eventually closed in 2003.

Since that time, the community has been brave enough to reject offers from developers that do not fit with the shared ambitions. Modern blocks of ‘contemporary flats’ were rejected in favour of small-scale traditional developments which pick up and reinforce the character of Irvine Harbourside.

Irvine Harbourside has been designated a conservation area since 2001 and this embraces the majority of the built-up area. This perhaps seems surprising given that the majority of buildings are less than 20 years old, but clearly it also recognises the special architectural and historic interest and the value of place. The designation should also provide a means of promoting higher standards of design in the future as well as the retention of historic buildings and features. However, no character appraisal or management plan appears to have been adopted by the council and such an exercise could be invaluable in future decision-making.

This tight-knit community, helped by the Irvine Bay Urban Regeneration Company and the extent of public ownership of the key sites, has acquired a degree of self-determination. The relationship with the new regeneration company is different: it listens to local people, many of whom are involved, and provides funding, resources and support to enable locally generated projects to move forward.

The result is an extraordinary cohesive community with a vision and a great deal of passion. Some of the project aims are modest such as a really good ice cream shop – there was a queue when we passed – or a restaurant where you cannot get a table. These are important indicators.

Other projects are more ambitious such as the refurbishment of the Pilot House, formally known as Boyd’s Automatic Tide Signalling Apparatus, which was one of only two in the world. On the day we were there, a deal had been reached to transfer the ownership to a community interest company (CIC) to enable Coastwatch Scotland, another local group, to refurbish this abandoned piece of history as a watch-tower to assist in managing the beach and to accommodate an interpretation centre.

So at one end we have the Scottish Maritime Museum which spills out of the boatyard onto the quayside and at the other the mouth of the river and endless stretch of sandy beach to the south. In between we found a thriving community doing things for themselves and rapidly being recognised for creating a really great place.

Leave a Reply to Maz Cancel