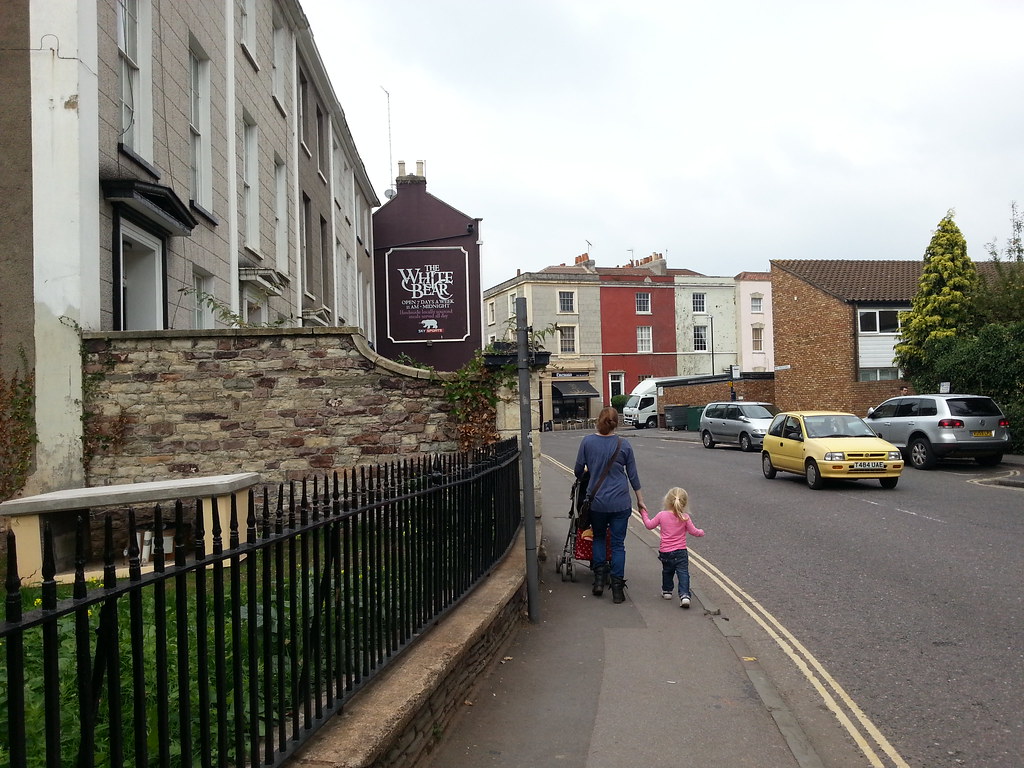 Community-led placemaking
As we know, place making is all about people – what makes CSAQ a great place is that it has been generated by the people who live and work there.

Accommodating shifts in city living
There is a new paradigm for living in the city which is becoming increasingly visible and legible in areas like this.

Constructive partnerships and relationships
There can be a useful symbiotic relationship between big institutions or employers and the small traders who gather around them.

Adaptable human scale
It is important to keep the scale and grain of a place, not to tidy it up too much, keep the ecology and allow stuff to grow up in the cracks.

I can do no better here than to quote the description of the place from the well written and very informative submission we received in support of this nomination. ‘The Christmas Steps and St Michael’s Hill conservation area, from the foot of the steps to the crest of St Michael’s Hill is possibly one of the finest urban compositions in the country. It is the area around and along the old road leading out of the North gate of the medieval city of Bristol heading towards Wales.

The dramatic gradient of the hill and the wealth of architectural quality, from medieval to the twenty first century, produce a piece of townscape both coherent and infinitely varied. The view from below is of buildings of all types and styles piling up the steep hillside, while that from the top, down the wide sweep of St Michaels Hill, across the towers and spires of the city to the country side beyond is truly picturesque’. The wide range of architecture and building types ranges from Grade I listed Georgian Almshouses, to Tudor houses and the most modern university buildings by significant modern architects housing departments of nanotechnology and life sciences.

The place under consideration is to some extent identified by the community themselves. It is often the case that an area is defined by a ward boundary or the ‘red line’ around a conservation area in the local plan. The identity of this area, however, has been developed over time by a strong community who recognise its unique qualities. They have come together to protect the fabric of the streets and buildings and consistently to improve the place with large and small interventions and a strong lobbying voice in the context of local planning policy. It is an area of distinct character at many levels – topographical, historical, architectural and cultural. It is, to a great extent, the Christmas Steps Arts Quarter (CSAQ), the local community group of residents and traders, which work energetically to promote the area and to enhance those qualities that make Christmas Steps and St Michael’s Hill such a ‘great place’. The focus of the place is Christmas Steps, a narrow stepped and cobbled street rising from the city centre to a fine curving street of Georgian houses of a variety of dates, leading up to the university and the hospital. This is cut through along the contour by nineteenth century engineering that brought new roads and trolley buses to this part of the city as it developed. The consequent contrasts in scale and texture generate a rich environment. It is consequently a place of great texture and drama with huge retaining structures, raised pavements, stepped alleys, ‘secret’ passages and marvellous views.

At one time blighted by traffic, the inevitable road engineering and new developments such as the university the hospital and the multi storey car park, this area has had the strength of character both in urban design terms and in terms of its community cohesion, to form the basis of a true and thriving city quarter. Now it is a ‘great place’ to live and work with a close relationship to the amenities of the city and the regenerated harbour-side and a hugely diverse community of students and professionals, the elderly residents of the almshouses and a wide range of artists and makers.
The engagement of the community in the development and management of the area is significant, consistent over many years and clearly supported by the residents, traders and it seems by the institutions. This governance is delivered through the vehicle of the CSAQ (Christmas Steps Arts Quarter) which is a well established group of individuals which works energetically to promote the area, and to enhance those qualities that make Christmas Steps and St Michaels Hill such an attractive place. CSAQ liaise closely with the various council departments and processes to ‘promote its vision’ and good management of the area. It engages everyone, at all levels, from the big institutions to the smallest trader or start-up and with the city and its various mechanisms both within Bristol City Council and without.

The strength of the local commitment was clearly demonstrated on the day of our visit by the number of people who welcomed us into their shops and businesses and indeed, in one case, tried to bribe the panel with cake. As can be seen from the photographs accompanying this report, the area is highly distinctive due to its topography and layers of history. A great deal of the character of the place derives from the variety of activities that are found there and the visibility of such a diverse collection of enterprises. It certainly appears to be a very attractive place to live and work in an urban context. This is evidenced by the fact that so many of the people who arrive here apparently stay for a considerable time. A recent survey carried out by the CSAQ revealed that the average length of stay is fifteen years which is exceptional for an inner city location. As urban living is becoming more popular, many are drawn to this ‘urban village’ which is so close to the city centre but which offers such a high quality of life in terms of amenity and resources. This small area provides homes and workshops, employment and leisure, a primary school, the spectacular hill top gardens of the Royal Fort and the church of St Michaels on the Hill Without.

For such a small area it has a huge range of enterprises of various scales including two violin shops and a bow maker, several galleries, photographers, cafes, design studios and antique shops. There is a wide range of independent traders both on Christmas steps and at the top of the hill and thriving new businesses taking up redundant workshops in the Colston Yard at the bottom of the hill. Apart from the obvious re-use of the existing built fabric offered by this diverse range of buildings, Christmas Steps Arts Quarter provides a sustainable environment where a range of activities and enterprises can survive. It demonstrates the good sustainable principles of living over the shop and walking routes through the city but also has proved strong and resilient and is now sufficiently recognised as successful as to influence city planning policy. The major road that cuts across the top of the steps is to be closed to through traffic and a new pedestrian route is to be established from the bottom of the steps into the old city. With these interventions, as a result of the determination of the stakeholders, Christmas Steps will become even better connected into the fabric and grain of the city.

In conclusion, the assessment team were impressed by the passion of the locals who identified with this place. The term ‘city quarter’ is very current and to some extent over-used by planning authorities and property agents. It is often invented and used to catalyse regeneration of an area by giving it ‘identity’. But in this case it is the community themselves who have identified their ‘place’ in the city.