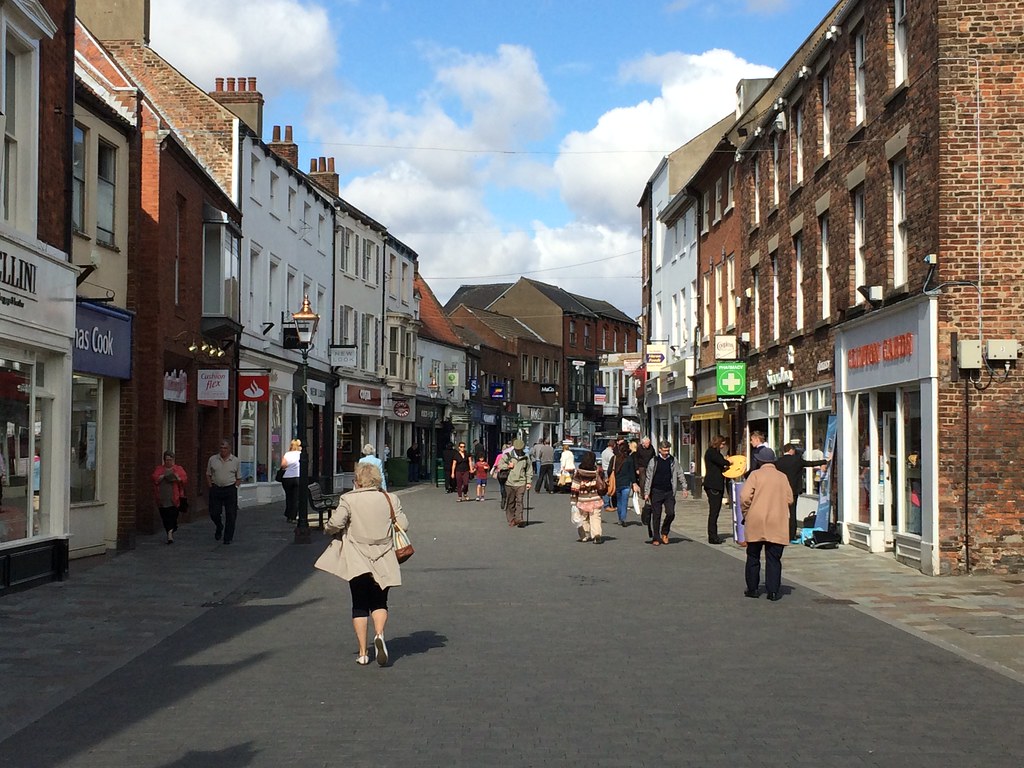 Innovative collaborations between stakeholders
An excellent example of very strong partnership and collaborative working between a number of agencies, conservation interests, local communities with a strong lead being taken by local businesses. The compromises needed to reconcile the needs of conservation and contemporary development has had positive results.

Culture-led redevelopment
A town with a very rich cultural offer including the racecourse, folk, chamber music, literature and food festivals as well as smaller events. There are lessons here for similar sized towns in the use of culture based economic development.

The immediate impression of Beverley is a historic town that is a very desirable place to work, live, shop and visit. It is not apparent that until the 1980s there were major manufacturing and chemical industries on the doorstep of the Minster and the historic core. The town was a port and had a ship-building industry well into the 20th-century and there are some remnants of that; particularly the Beck canal that runs almost into the town centre.

The Town Plan and strong partnership work between East Riding of Yorkshire Council, Beverley Town Council, local residents and developers has led the revitalisation of Beverley. The Beverley Renaissance Partnership brings together public, private, community and voluntary sector interests across the town, some are planning consultees in their own right, as well as commenting collectively. When the town faced industrial decline and inappropriate development in the early 1960’s, a Civic Society was created that is now a strong influence on the development and conservation of the town and a key partner in animating the town centre. The partnership between the ERYC, the Town Council and the Civic Society is one of positive debate and compromise and none of the partners apparently see the others as a threat, welcoming the checks and balances that such relationships create.

A good example of this is the recent refurbishment of Saturday Market that meets the needs of traders and enhances the character of the town. The Council spent twice as much as the cost of providing a standard paving and surfacing finish to create a pedestrian/vehicle shared space. It sacrificed 30% of the parking spaces and compromised on the preservation of existing setts, whilst managing to meet DDA requirements. The opportunity was taken to build in power points for market traders and events, and the Town Council has taken a lead on providing limited free wi-fi in order to support town centre businesses and cater for the growing number of visitors to the area.

The Viking and medieval street pattern and the Georgian transformation of the town make it very attractive and pedestrian friendly. The magnificent Minster is a dominant feature of the surrounding landscape. Large ancient pastures, presided over by ‘pasture masters’, are on the west and east sides of the town creating an historic ‘greenbelt’. Conservation interests and local retailers have also worked together to define and brand the Georgian Quarter to increase footfall and business to smaller independent shops just outside the usual pedestrian routes; using local contributions and £10,000 of Portas funding. Within this area a small park has been created in a deconsecrated churchyard and the Civic Society has provided a sensory garden.

Beverley is both an employment centre and a commuter town for Hull and other towns in the area. It works closely with other centres in East Yorkshire to encourage sub-regional economic prosperity and to avoid a repeat of the devastating floods in 2007. Beverly has some specific measures to prevent further flooding and major remedial works on the River Hull basin will impact on the town. The regeneration policies focus on the potential of the town as a population and commercial centre and current and new local employment is largely in retail, education, health and other service industries. Some areas have been gentrified attracting higher income families but, in the context of Beverley, this is not negative. Like many historic towns, there would be a risk of it becoming exclusive, if there were not significant amounts of affordable and social housing in the mix.

The Council is very conscious of protecting the edges of Beverley from too much development as pressures for housing and retail grow. As the areas adjacent to the Pastures are well protected, the pressure is on unprotected farmland. Although much new housing development is on brownfield sites in the centre, 2,500 new homes are planned on surrounding farmland, with no specific design brief or policy. Town centre developments include the site of the relocated hospital, the conversion of a listed former workhouse; and the development of the former Beverley College which has moved on to the town centre Flemingate development (a former chemical works), which also contains retail, cinema and housing and will provide 700 job opportunities.

The relatively large area of public housing close to the centre is well-maintained and is now undergoing improvements to make the houses more energy efficient. However, the strong emphasis on conservation and heritage has led to a conservative approach to building design ranging from straight pastiche to cautious traditional design solutions. There appears to be little celebration of its industrial history and aesthetic, nor visible risk-taking with new development. Council officers agree that urban design is very influenced by what it is felt the people of Beverley expect. For example, the Flemingate scheme has a comprehensive design brief developed with the Council and English Heritage that considers the historic grain of the town and seeks to define ‘Beverleyness’, that it is applying to residential development.

The number and quality of its cultural activities are part of its economic development strategy. It has a popular racecourse with over 20 meetings a year and two long running music events, the Beverley Folk Festival and the Early Music Festival, which are key contributors to its visitor economy attracting regional, national and international audiences. In 2014 the Civic Society is running a Georgian Festival, and the Town Council supports local initiatives and is very active in the organising of events to animate the town (e.g. a local food festival and Christmas celebrations). The Minster and the equally impressive St Mary’s Church are also involved in cultural activities and events. A new community-run theatre in a converted chapel is near completion. Unique features are the trails of paintings of Beverley by the local artists Frederick and Mary Ewell and trade and guild symbols representing the roots of Beverley’s industries.