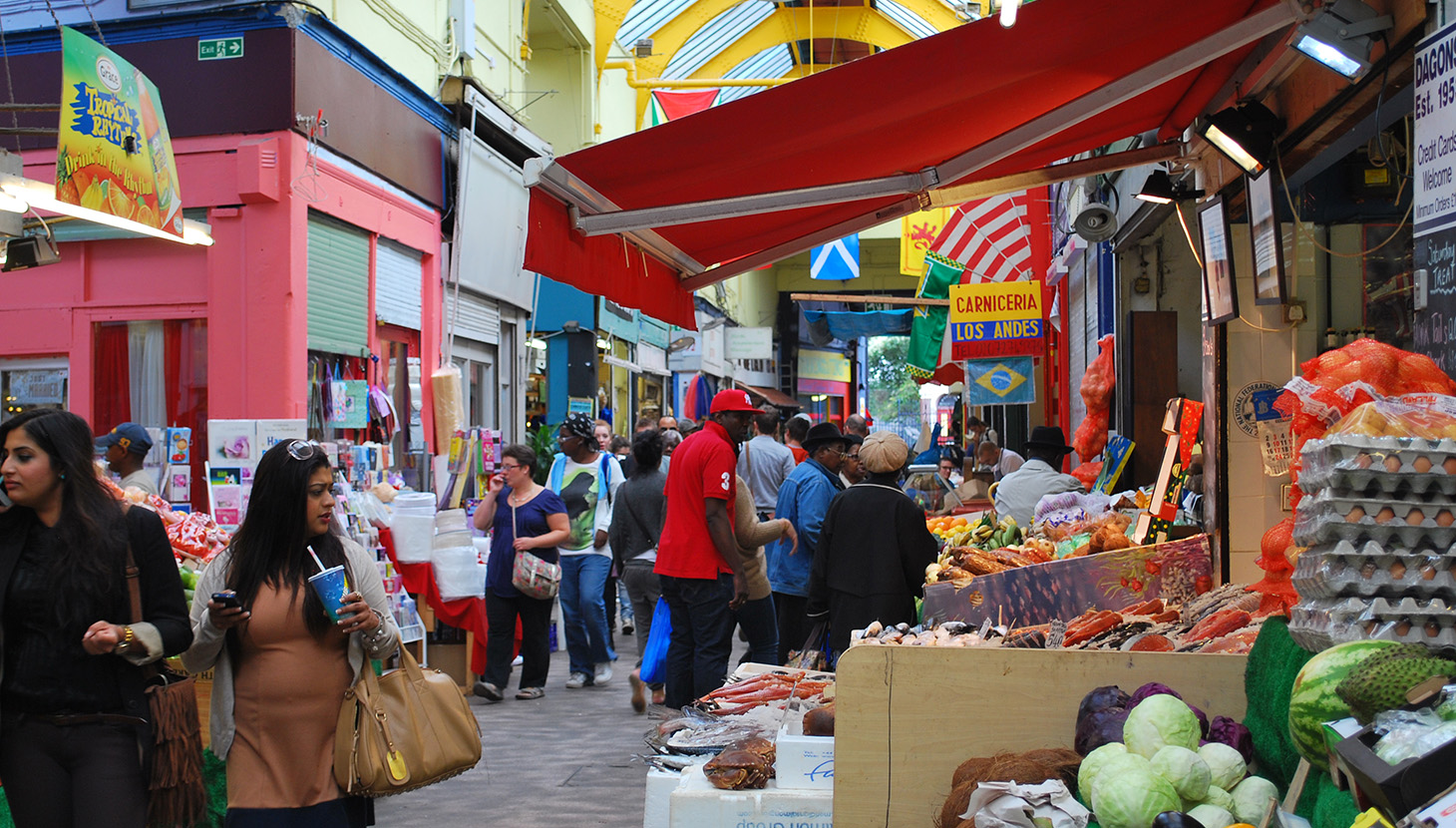 Listening to the voice of the community has been vital for shaping Lambeth Council’s plans for the future of one of its most deprived neighbourhoods.

In Brixton in South London, one day in October last year, protestors ate processed cheese and drank cheap cider to highlight their concern about the opening of a new branch of Champagne + Fromage (a Covent Garden based shop and restaurant then proposing to open a new branch in Brixton). In this time of austerity and cuts to the welfare state, protest is to be expected. But it is rare that resistance focuses on the opening of a café and what it signifies.

Brixton’s changing demographics and economy are worrying many residents. The most visible change is in the way the town is used at night – food businesses are thriving and people from outside the area who tend to be whiter, and more affluent, than many local communities now flood into the market area. Many residents voice concerns about the loss of what they valued about Brixton in the past. There is a perception that people who are less affluent are being squeezed out of the area and that the best interests of longstanding residents are becoming peripheral to its future. There is a sense that there is little control over change. 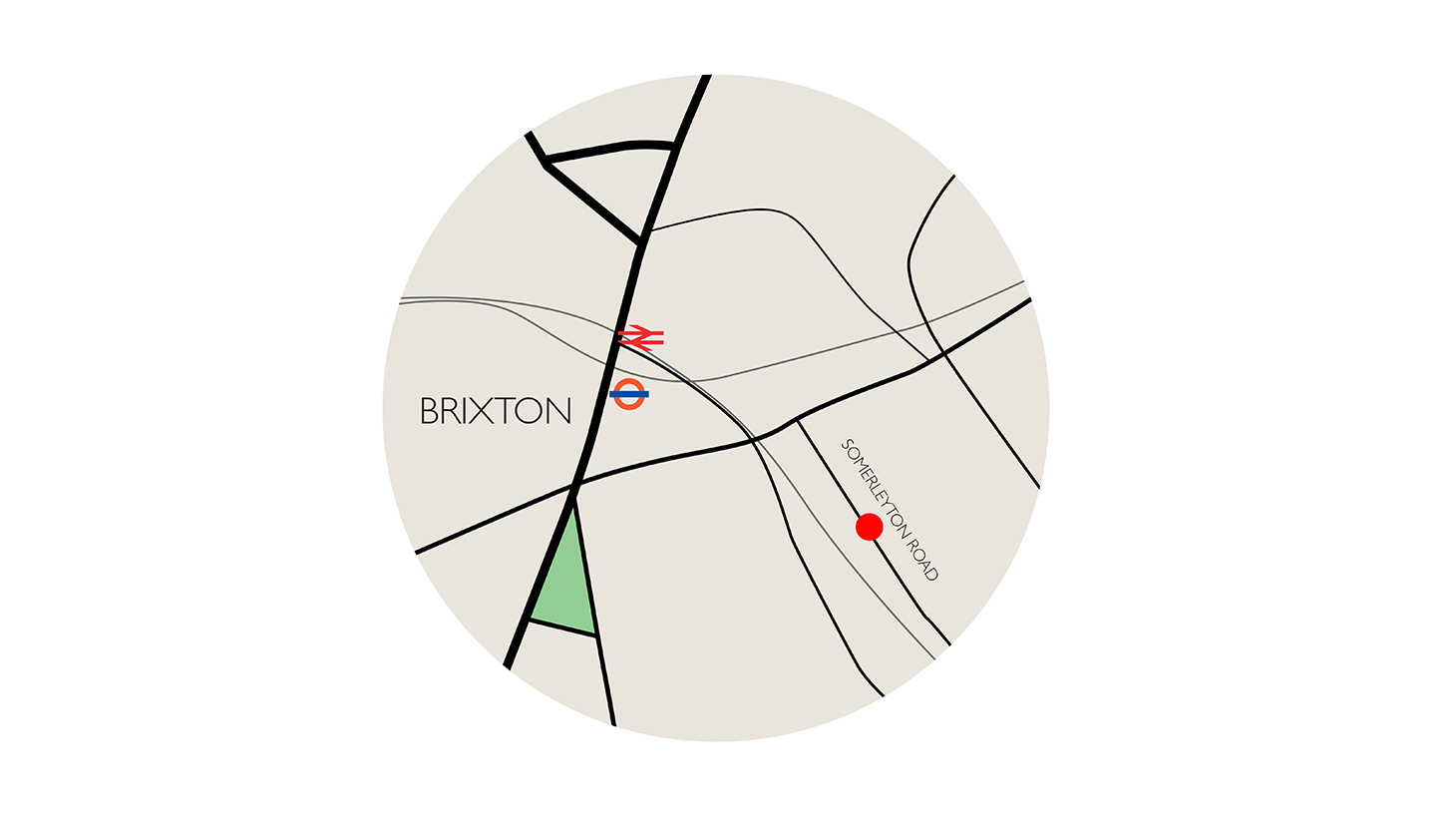 Envisioning the future
Last year, Social Life ran a series of deliberative workshops involving over 70 people, focusing on the future of Somerleyton Road, a narrow strip of land to the east of Brixton in the London Borough of Lambeth, used mainly for depots and temporary buildings. Deliberative workshops allow a relatively small number of people to explore an issue in depth.Concerns about gentrification loomed large in the ideas and proposals that residents put forward for Somerleyton Road.

“Many of the ‘gentrifiers’ of 20 years ago are now at the forefront of concern about local people being priced out of the area.”

The need to protect what is valued about Brixton’s local character, its street life and cultural heritage was voiced. There was also a wish for low-cost affordable rental housing for local people, to underpin and support the area’s diverse communities. Most importantly, local people wanted to see power and influence over decision-making for the local community, both during the planning process and long-term through some form of local governance.

Social Life was set up almost two years ago with the strapline ‘putting people at the heart of place making’. Too often, the experience, wants and needs of the people already living in communities is ignored when institutions make plans to change local neighbourhoods. When places change – because of new development or regeneration – there is an opportunity to intervene, to improve how they function, change who lives there, how they get on and get by.

What emerged from Social Life’s workshops has shaped Lambeth’s plans for the site. The council is planning to develop new homes that it will own, a mixture of social rented housing (at council rent levels) and market rented homes, on longer tenancies than usually offered; to create new community facilities and public spaces; and new community ownership and governance structures.

Somerleyton Road is within the Coldharbour ward of Lambeth, which is the most deprived ward in the borough. It is a relatively small and unremarkable site that has become important out of proportion to its footprint. Although Somerleyton Road is close to the centre of Brixton, it feels cut off by three railway lines, and by the design and layout of streets and buildings. Over the last few years, it has become the focus of campaigns for a new way of developing Brixton that shifts priority towards empowering local communities and economic and environmental benefits for local people. There have been animated, sometimes angry debates about how this should happen.

Somerleyton Road became home to the first people arriving from the Carribean in the 1950s. The Windrush generation moved to Brixton as it was close to the Clapham deep shelter, their first temporary refuge. And in Somerleyton Road they found low rent, and available homes. The street is now home to two communities, the Carlton Mansions Housing Co-op at the top of the street and Moorlands estate on the east side of the road, opposite the area that is to be developed. Carlton Mansions is a small long-standing co-op, set up in the late 1970s, but who are now under threat of eviction. The Moorlands estate’s low-rise brick housing nestles behind the modernist barrier block, Southwyk House, feeling much more separate from central Brixton than its physical location would suggest. 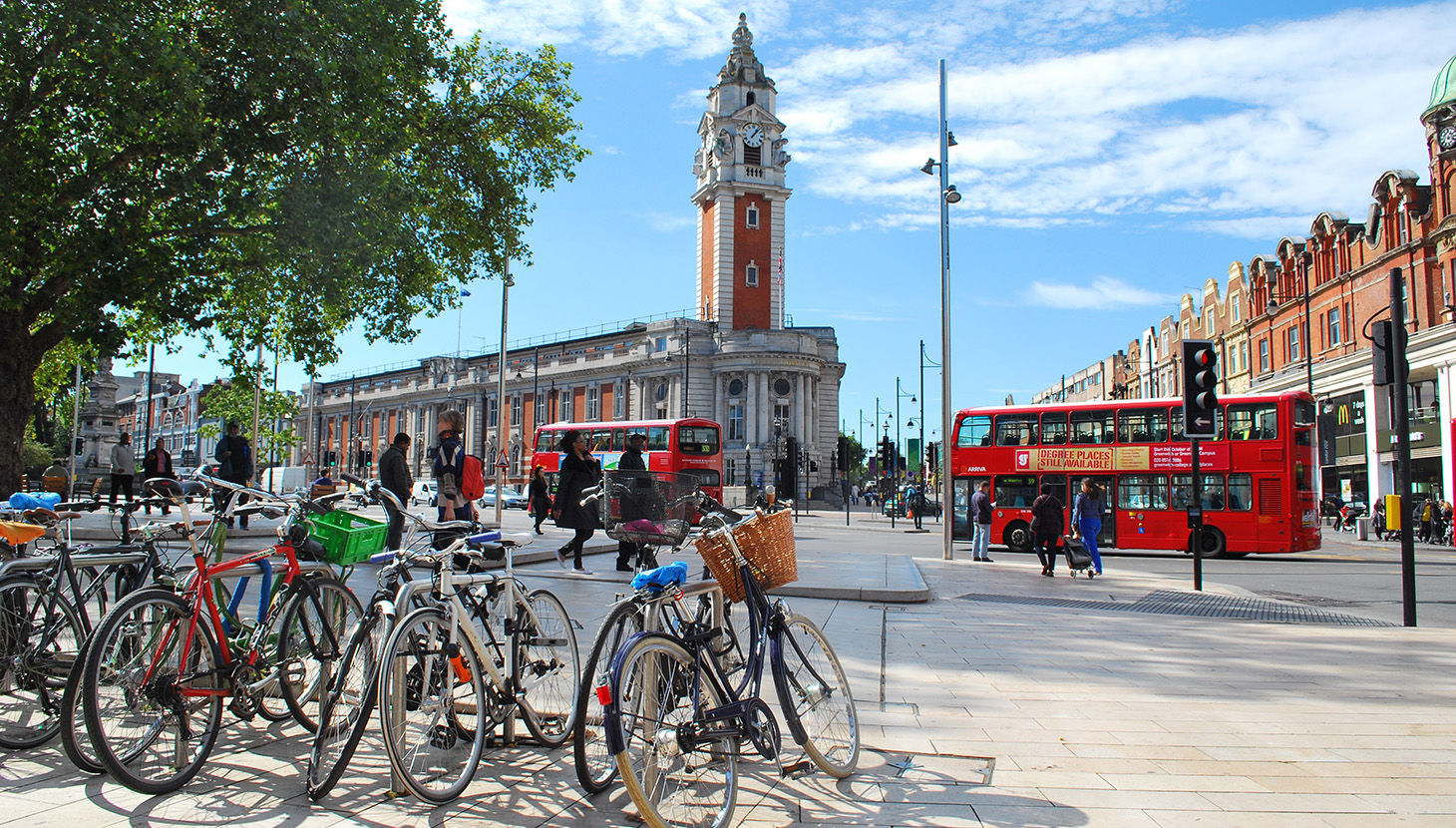 Giving voice to the community
Social Life began work with Brixton Green in January 2013. Brixton Green is a community-owned setup to campaign for a better way of developing Somerleyton Road. We ran two open events and a series of 12 deliberative workshops, involving 79 residents, which we called ‘Action Planning Workshops’. The workshops were structured around four themes: housing, long-term stewardship, employment and businesses, and health, education and culture. Conversations were productive, creative, and intense. For many they were linked to broader questions about Brixton’s future: “Great ideas but what is the reality of it all? Would it push out local people? Or add to gentrification currently happening?”

We wanted to find ways of involving the many different communities in Brixton in our discussions, and build on the strengths that already exist in the neighbourhood. Easy in theory, but difficult to do. The aspiration was echoed by the people we spoke to. One person spoke of their wish to “bring life at a curiously dead strip of Brixton. There is so much vibrancy in the area – however currently Somerleyton Road is a wasteland.” Our focus was on safety, belonging, neighbourliness, wellbeing and resilience, as well as generating ideas about housing and community facilities. Neighbourhoods do not thrive because of buildings or infrastructure alone, and we wanted to explore the way people felt about where they live, and how relationships between neighbours could develop.

Responding to change
In urban areas change is inevitable, but in Brixton the nature of change, and who it should benefit, have become hotly contested. The voices of established communities – black and white – now compete for space with newcomers. Many of the ‘gentrifiers’ of 20 years ago are now at the forefront of concern about local people being priced out of the area. For communities under stress, the prospect of changes to the local area can trigger questions about identity. In our workshops, underlying questions ran through the discussions: Who should the new development be for? Whose interests should be paramount? Who should benefit? Lambeth Council has been under pressure to respond to these concerns. The council’s Labour administration has branded itself a ‘co-operative council’, promoting the involvement of residents and local communities in service planning and delivery.

Early in 2012, Lambeth Council made a commitment to work with the local community to develop new plans for Somerleyton Road and formed a project team with Ovalhouse, a longstanding community theatre company that plans to move to the top end of Somerleyton Road, and Brixton Green. The November 2013 Lambeth Cabinet report on the Somerleyton Road project states: “the Council recognises that there is an opportunity to do things differently at Somerleyton Road and to deliver a flagship project co-operatively. The approach … will be shaped by local people, be unique to Brixton and give us the best chance of meeting people’s aspirations.”

Lambeth intends to develop the site itself. It plans to let at least 40% of the 280 new homes at ‘social rent’ (i.e. council rent) levels, and let the rest at market rents. It also wants to see new public spaces and community facilities. Lambeth’s decision to develop and then manage these homes themselves means that it will retain long-term control over the street, and a clear stake in the future of the neighbourhood. Lambeth is also keen to set up new structures to involve local residents in the long-term management of the site. Lambeth is working on a new way of financing the site that shifts the risk away from the local authority and local community. The idea is to issue a bond to pay the costs up front, rather than enter into the more usual deal where developers buy the site, take on the risks, and keep the ability to negotiate changes in their plans. The Council, Brixton Green and Ovalhouse are procuring a development partner for the site. Brixton Green have already taken over one building, number 6 Somerleyton Road, and are turning this into meanwhile space.

Lambeth is carrying out further analysis of ownership and management options, including a community development trust and a housing co-op. During Social Life’s workshops there was support for community ownership, however concerns were also raised. Could this be captured by one section of the community? What safeguards should be put in place? Who should be represented on any new structures? Should the people already living on Somerleyton Road in the Moorlands estate have a particular say over its future? For the council, and its community partners, their task is now to work out how to manage these risks, build confidence in their approach and overcome cynicism.

It is unrealistic to expect the development of a small site alone to bind together a town that is facing the sort of profound changes that Brixton is going through. However, the Somerleyton Road project suggests a new way forward for inner city developments, giving local people more effective influence than traditional models of consultation and involvement. And ultimately creating secure and affordable homes, a good neighbourhood and high quality of life for everyone living in the new housing, and people in the surrounding area.

Nicola Bacon AoU is a founding director of Social Life

Social Life was set up by the Young Foundation in 2012 to take forward work on social sustainability and innovation in place making.

They work with housing developers, housing associations, councils and community organisations to put the lived experience of residents at the centre of plans to shape our built environment.

For more about Social Life’s work in Brixton, the report can be downloaded here.

To look at the blog of their work, go to somerleytonsays.wordpress.com/