On Saturday 19 October, 11 Young Urbanists converged in Milton Keynes to continue the Academy’s learning on Garden Cities. With a quick train ride from London, we were met at the station by Academicians John Best and Stuart Turner who helped to coordinate the days’ tour and talks. Once assembled, the group was shown John Bests’ new project Arts Central, located in currently under-used vacant office space right above the Central Station. The view from Arts Central gave the YUs their bearings in the town and visualised the scope and scale of the city.

Once we gained our bearings, we headed out on our trek through the city itself. With Stuart Turner leading the way, alongside Ken Baker (who worked with the City Centre team on Milton Keynes Development Corporation in the formative years), we headed along the boulevards to see the corporate office park of Milton Keynes. After a tour of the elaborate mall and a quick pit-stop to pick up lunch, we trundled on through the city centre into the picturesque Campbell Park where we were met by Neil Higson, the former Chief Landscape Architect for Milton Keynes. After an introduction to the park and its relationship to the city centre, we strolled through the foliage and made our way to our lunch venue in the heart of this incredible green space at the Parks Trust Pavilion to refuel and hear some interesting talks. 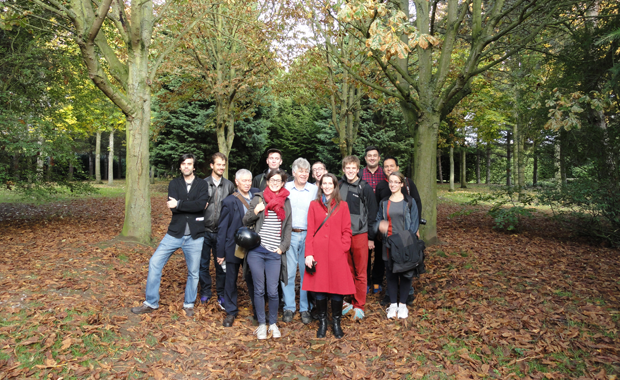 Neil Higson started out the afternoon with an old-school slide show of the original concept and development of the green spaces of Milton Keynes. The Young Urbanists were honoured to have Neil speak to them, as he has been involved in the development of three New Towns and was brought to Milton Keynes by Fred Roche himself as the Chief Landscape Architect. He used a ‘relaxed generosity of scale’ as the basic idea for the city. There were 1950 hectares of land that was designated to make a park system worthy of a green city, and Neil used this to create a lively countryside within the city. This park system was developed through the aid of lots of trust funds that developers paid into, which allowed the corporation to influence much of the design and landscape, and the parks system is now a highway of connection within the city. Although the parks are managed by the parks trust, they are maintained by sheep! Neil finished by sharing his future vision of the city, where Milton Keynes is maintained and intensified as a central city with other smaller Garden Cities surrounding it.

The afternoon talks moved forward with John Best AoU, the former Chief Executive of Milton Keynes Council from 2003-2008 following the winding up of the corporation. John spoke about what makes Milton Keynes distinctive, including the grid road network, and the treeness/greenness of the city. He notes that these are quirky things that add to the inspiration of Milton Keynes. John suggests that he is 95% supportive of Milton Keynes, but thinks that 5% still needs addressing. The original concept of the grid-squares were outward-facing, but that shifted, and with inward-facing grid-squares, it can leave people unaware of the vitality and population of the city. This begs the question about what makes a place somewhere people can see, read, enjoy and celebrate? 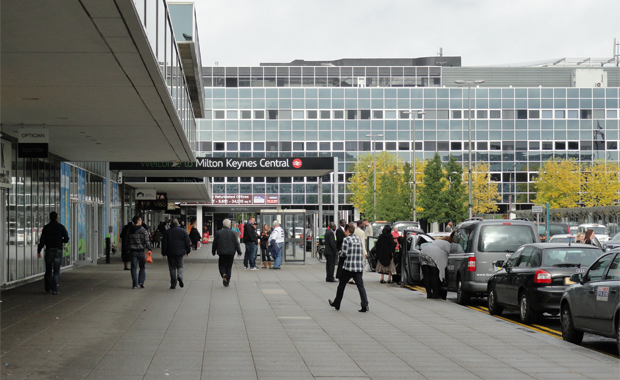 John then continued on, splitting his discussion into four main issues that need addressing. The first was, how do you manage change? With Milton Keynes now 45 years old and already beginning redevelopment of some areas, it is evident that the city needs some element of evolution or the place runs the risk of becoming a museum. You have to maintain the genus loci but allow space for things to move forward. Early on, under the corporation, it was very much about masterplanning. It then became market-based with the creation of the Milton Keynes Partnership. Currently, the management is under the control of the local authority.

This segways nicely to the second issue of managing politics, with a unitary local authority operating within a weak governance structure. As well, holding elections every year causes politics to be narrow and short-sighted. The third issue that John assessed was how you manage dynamism? With 250,000 people living in Milton Keynes, there is a desire to grow and diversify. Growth is a drug, but with huge companies like Wal-mart, Tesco and Sainsbury’s trying to get a bigger stake in the city, there is a need to ensure that the dynamism of the city is kept in check. The fourth and final issue raised by John was that of managing evolution. The cultural diversity of Milton Keynes has increased recently, with the completion of a theatre, football club and gallery. The next thing the city has its eye on is a university, hopefully within the next 10-20 years. As well, John brought up the anecdote of Milton Keynes having its own weather map (ie. a local broadcasting region centred around Milton Keynes), which provides the city with a feeling of being in the middle with other places centred around it. The city needs to consider what big ticket items a place needs to be successful and desirable for current and future populations.

Stuart Turner, an architect and urbanist engaged with the future growth programme, completed our lunch time talks, taking us on a journey through the various plans for the city. In 1968 an interim report laid out the principles of the city, and in 1970 a plan was published. There is currently a lingering feeling that there is the possibility that they haven’t quite got it right. Stuart also touched on the walkability of the grid system and the question of whether this is a centralised or dispersed city. Indeed, how you look at growth is important.

After we were fed and learned, we set out for the afternoon journey with the intent of making it back to the train station eventually. We explored a lot more of the park, including the lake, the incredible tree cathedral and the beautiful pagoda. Once through the park, we sauntered through the residential areas of Milton Keynes, exploring the various decades of architecture and experiencing the incredible network of greenways they have created for moving through the city. We made a quick stop at Ken’s buildings’ private garden for an insiders’ view, and make our way back down along the boulevard towards the central station. Although some YUs had to make a move, a number of us stuck around and were let into the Network Rail building for a brief glimpse. Exhausted, we finally made our way to the train station and collapsed into our seats for the journey from Garden City to London – an incredible contrast.

Many thanks to John Best, Stuart Turner, Neil Higson and Ken Baker for their contribution to making the Young Urbanist Study Visit to Milton Keynes a great success.