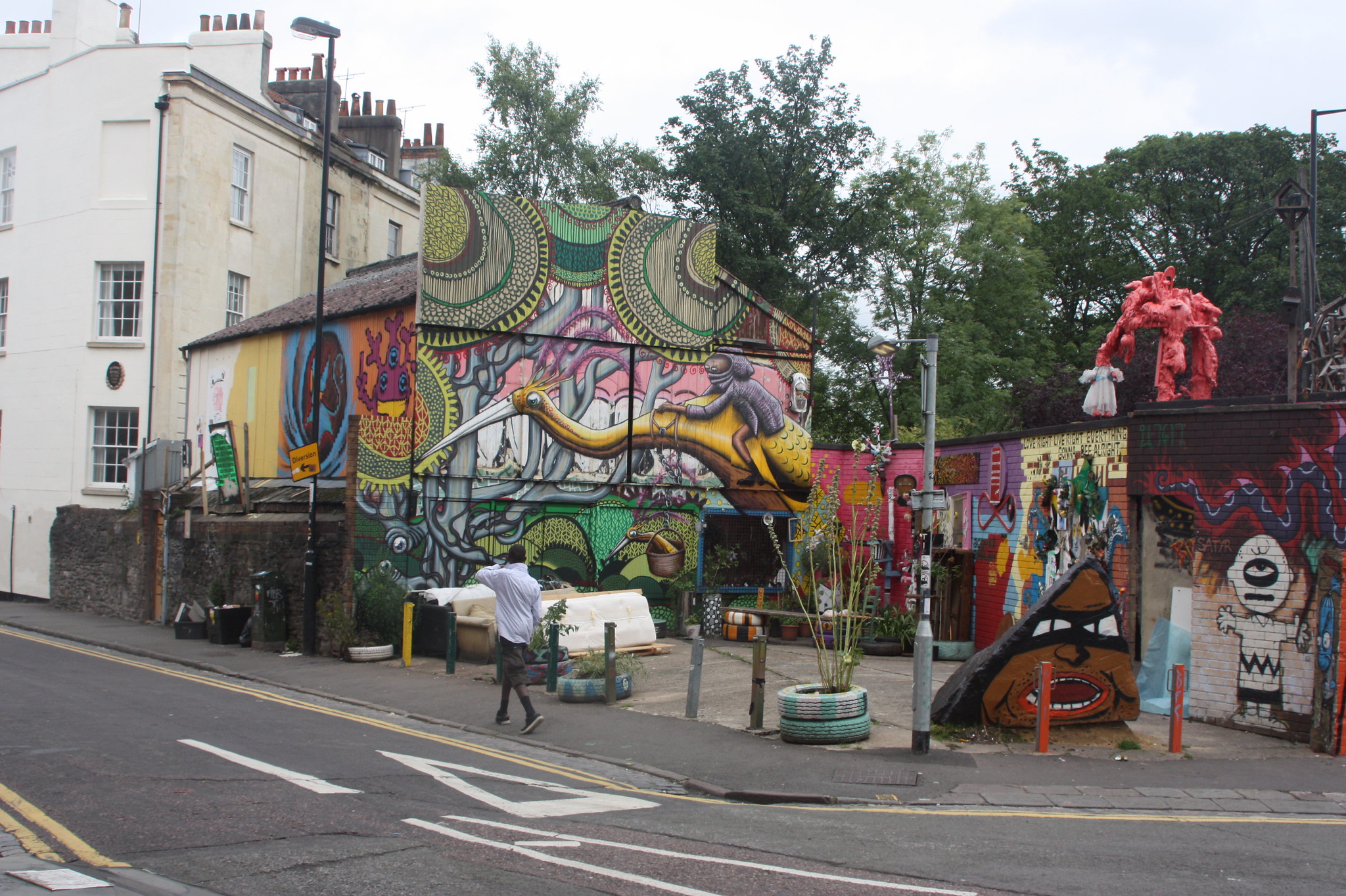 The St Paul’s neighbourhood of Bristol is a very strong contender for the Great Neighbourhood Award. St Paul’s consists of three different communities:

This is an inner urban area with convenient links to the city centre retail, employment and services as well as to health care.  It is a complex urban area with strong well defined character areas, illustrating a layering of different ages of development and use from 19th century terraced residential properties through larger business and commercial buildings, through elegant squares and open spaces to the post war public sector environment of St Paul’s itself.  Topographically the area is largely flat close to the centre but the northern areas of Montpelier have more interest in topographical terms.

The issues we discussed with the representatives from the area mainly centred on St Paul’s although much time was spent in the attractive area of Montpelier and also in the Stokes Croft area which has as its core, a vibrant shopping street.  All three areas are part of the St Paul’s Neighbourhood Plan.  This Plan was instigated by St Paul’s Unlimited Community Partnership (SPU).  This partnership consists of residents, agencies, businesses, community interests, The City Council and the South West Regional Development Agency.  The plan covers a wide range of initiatives including:

SPU therefore participate in the future planning and management of almost every aspect of the area.  They have built lasting relationships with the Council and other Agencies in the area and have succeeded in creating an atmosphere of mutual trust, respect and friendliness which is one of the neighbourhood’s strongest characteristics.  Within the Neighbourhood Plan, there is a core of urbanist thinking which guides the work of the SPU.  This covers the different characters of the area, the height, size, mix and appearance of buildings, their uses and how their layout results in public activity at ground floor level as well as how parks integrate into the general streetscape.

St Paul’s is not a particularly attractive area in visual terms – Montpelier is far more interesting and Stokes Croft is also a fascinating area.  However this is not necessarily the point.  The great strides that SPU have made in establishing not only a vision for future development but also a means of implementing and managing the area is remarkable.

However there are perhaps issues over the extent to which this is a transferable model.  Part of the magic and the success of St Paul’s is very much to do with people listening, understanding each other and getting on – or at least having the wherewithal to overcome some of the issues that plague many other similar areas.  So in one sense, there is an issue around how transferable the model of St Paul’s is.  is this the outcome of particular circumstances at a moment in time.  If this is a transferable model, what are some of the transferable characteristics?  Some of these would certainly include: