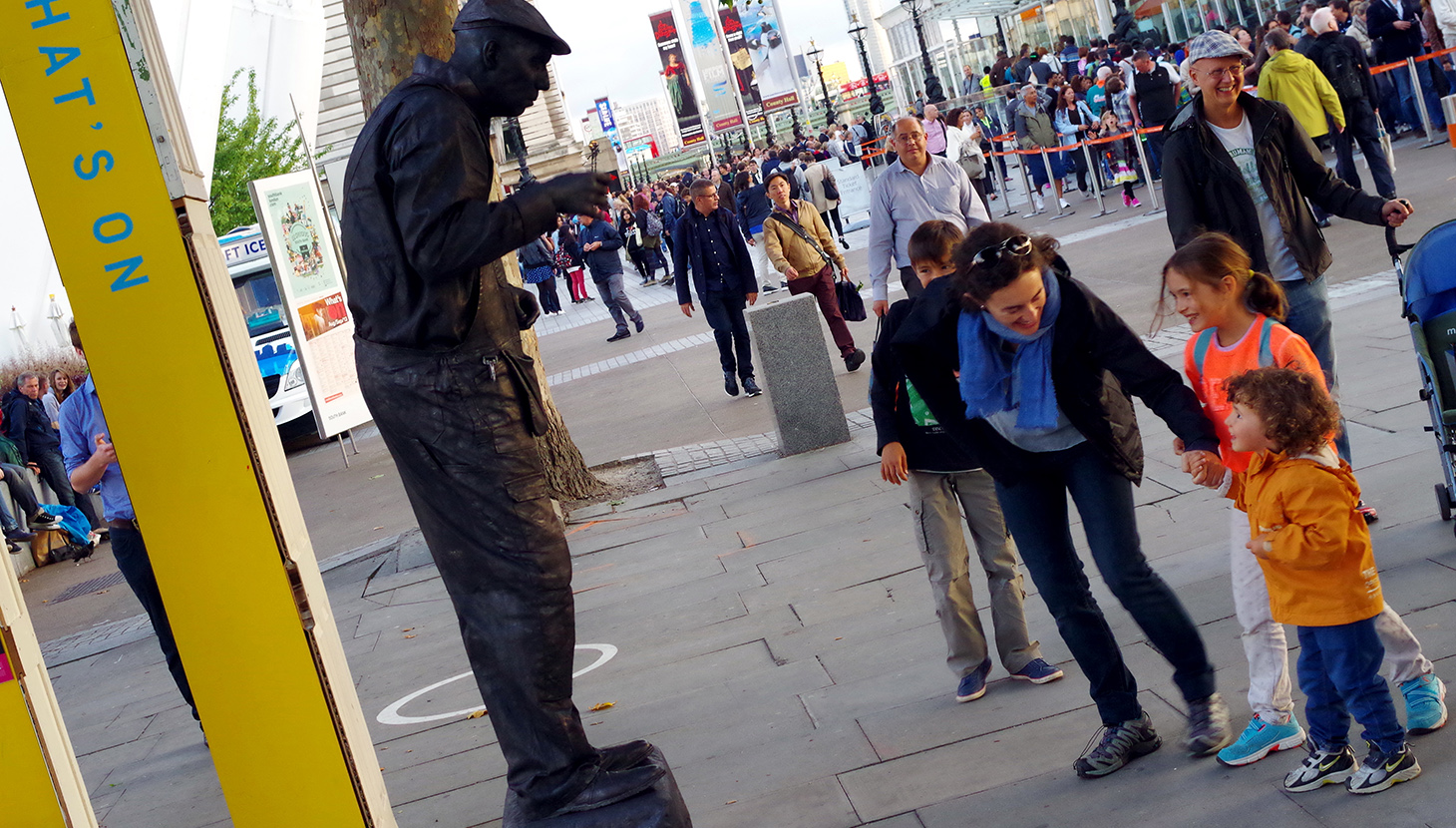 The South Bank is a series of interconnected public and private places with the unifying thread of the River Thames and the river wall. This is an organic place that has evolved over time without one major player responsible for making it happen. In many ways the regeneration of the South Bank over the past fifteen years can be understood as the natural regeneration of a capital city, with a rich historic fabric and economic impetus that removes need for masterplan or targeted initiative.

The variety and complexity of the South Bank is the product of centuries of development and change. The governance of the area ranges from one extreme to the other, with some excellent community projects and participation – for example, at Coin Street and in the choice of ongoing design for Jubilee Gardens – set against a number of private developments and decision-making processes. There are a number of privately owned and managed open spaces, such as More London, which are highly controlled and are not truly inclusive spaces. Nevertheless the sub-culture of the South Bank survives, with teenage skateboarders still colonising the undercroft of the Royal Festival Hall. The South Bank is an incredible commercial success and private sector investment continues to be stimulated through creative urban policies and the area’s proximity to the rest of London.

There is a strong character and sense of place to the South Bank. It is always full of people – over 15 million people pass the Royal Festival Hall along the river each year – and there is a wide range of activities and events held there. For example, the reopening of the £111 million refurbishment of the Royal Festival Hall in June 2007 was launched with an incredibly successful free festival of music, dance and visual arts. The character of the South Bank changes as you move through the area and there are some highs and lows as development does and doesn’t recognise the value of the river. In particular development around London Bridge often limits access to the river walk. New buildings and spaces vary in their response to the local and historic context, a bad example would be the Southwark Crown Court, which makes a sad backdrop to the HMS Belfast, moored in the Thames; a good one would be the refurbishment of Borough Market area around Southwark Cathedral. There is a concern that proposals for tall buildings on Blackfriars Road are inappropriate to this part of London and will weaken local character.

The movement network along the South Bank is an excellent route for pedestrians, with cycles and vehicles relegated to a parallel street a block south. This causes a lack of clarity for cyclists and at each river crossing ramps and steps cause some difficulties. Newer bridges, such as the Millennium Bridge have overcome these issues, but feel abandoned in the open space around them, which is in fact, a flood plain. The South Bank is well connected to the excellent London public transport network of buses, trains and underground trains. The mix of residential, commercial, arts and leisure uses are well served by these facilities.

The user friendlessness of the South Bank is fairly good, although because of varied landownership and incremental change there are some trip hazards and safety issues that have not been addressed. The area attracts people of all ages and backgrounds and there is a high level of activity during the day that supports self-surveillance and promotes civilised behaviour. At night the levels of activity are more dispersed and there are some areas that do not feel so safe, particularly under the many bridges that cross the river walk.

The River Thames provides a fantastic wildlife and ecological amenity to the area and is the main focus for the open spaces. New landscape projects include Potters Fields Park, the public area that sits between Tower Bridge and City Hall. The park has been completely redesigned as part of the Mayor of London’s 100 Public Spaces program in partnership with Southwark Council, Pool of London Partnership and More London. The proposed scheme for Jubilee Gardens will create further green space amenity on the South Bank.