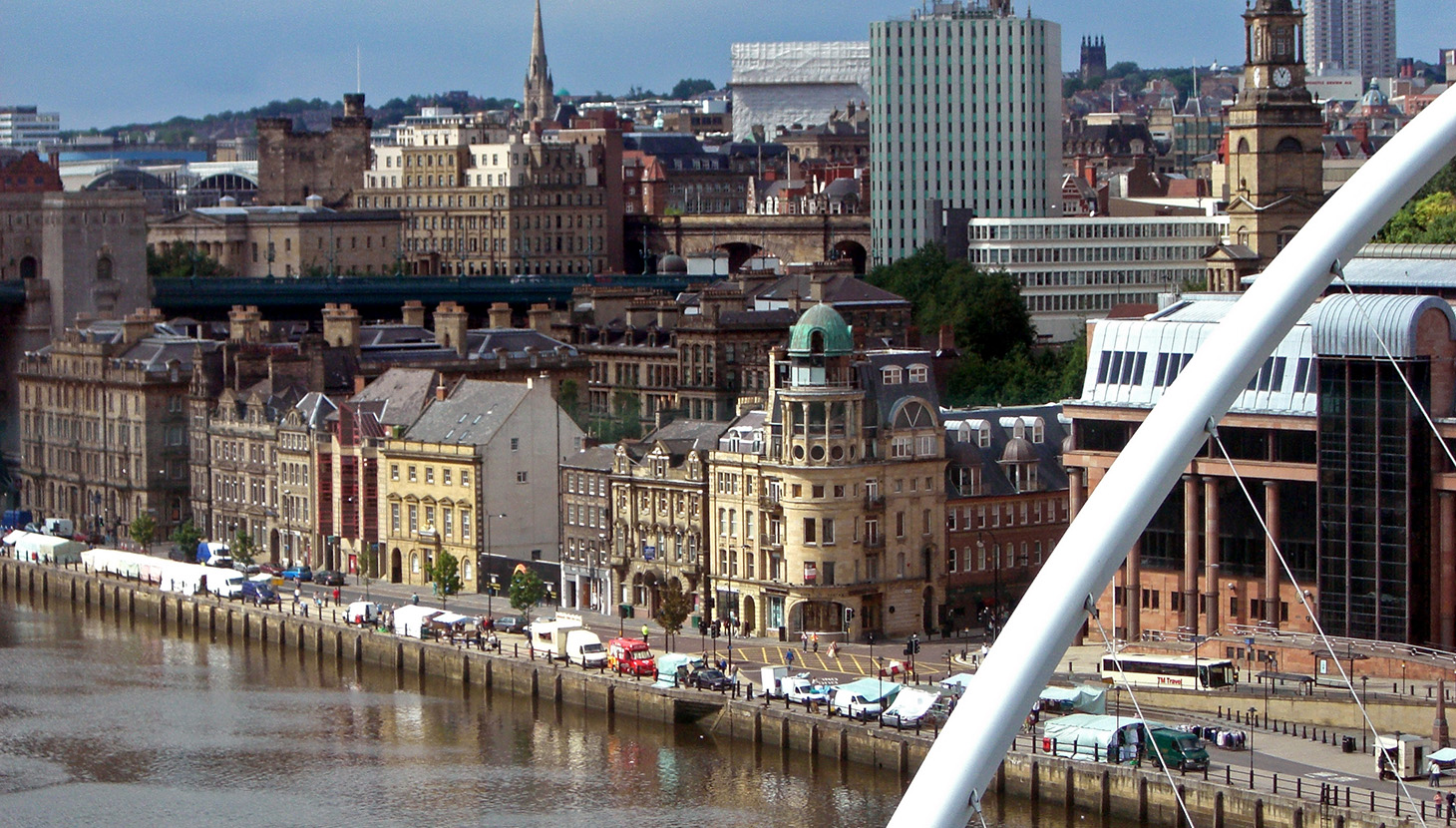 Newcastle and Gateshead Waterfront is a place with the River Tyne at its centre and is focussed on the opportunities to appreciate this fantastic asset from the steep banks on either side. On the north side of the river, Newcastle relies on its historic fabric to create an exciting and vibrant urban quarter. On the other hand its sibling, Gateshead, on the south side of the Tyne, rather lets it down – it has the advantage of the views looking back towards Newcastle but is marred by large scale new development and the lack of a clear masterplan. The new bridge by Wilkinson Eyre Architects links the two banks and forms an important umbilical cord between them. It is a key part of the regeneration of the area in enhancing the experience and relationship with the water.

The area is well managed and is halfway through a dramatic 20-year programme of change. There is less evidence of a collective vision supported by partnership working than in Sheffield, for example, in the lack of a masterplan for the Gateshead area. Notwithstanding this there is an incredible sense of place along the waterfront relating to the history and commerce of the docks. The rejuvenation of the area following the decline of the docks, which was the main economic driver for the city, has enhanced this legacy and reflects the character of local communities and the enthusiasm and pride of those who have been involved in the regeneration process

The design of buildings, bridges and events along the banks of the Tyne reflects celebration of the city through water, for example with the Tall Ship Festival and the staging of The Spencer Tunick naked installation work on the bridge! Projects such as The Sage Gateshead music and arts centre and the refurbished Baltic flour mills, now the Baltic Centre for Contemporary Art dominate the southern bank and, whilst iconic, lack the richness of the fine grain and topographical responses on the northern side.

Newcastle and Gateshead waterfront attracts people of all ages and backgrounds. There is greater vibrancy on the northern bank and a greater level of pedestrian activity and intensity of use as a result. Consequently there is the perception of an average level of civilised and responsible behaviour in the area, as some parts are relatively quiet and lack surveillance.

There has been a tremendous environmental improvement programme for the river itself, improving water quality so that the river now supports salmon and other aquatic species: prompting a fish festival! The river provides an important and attractive ecological asset for the city and supports a variety of wildlife habitats.

There has been £125 million of public sector investment and over £1 billion of private sector investment to date. A success story that reflects the confidence in the delivery of area. Plans for further development downstream are ongoing and reflect the continued assurance of growth in the City. The strategy has focussed on commercial regeneration in the historic fabric of Newcastle and using the Arts as the focus for regeneration in Gateshead.