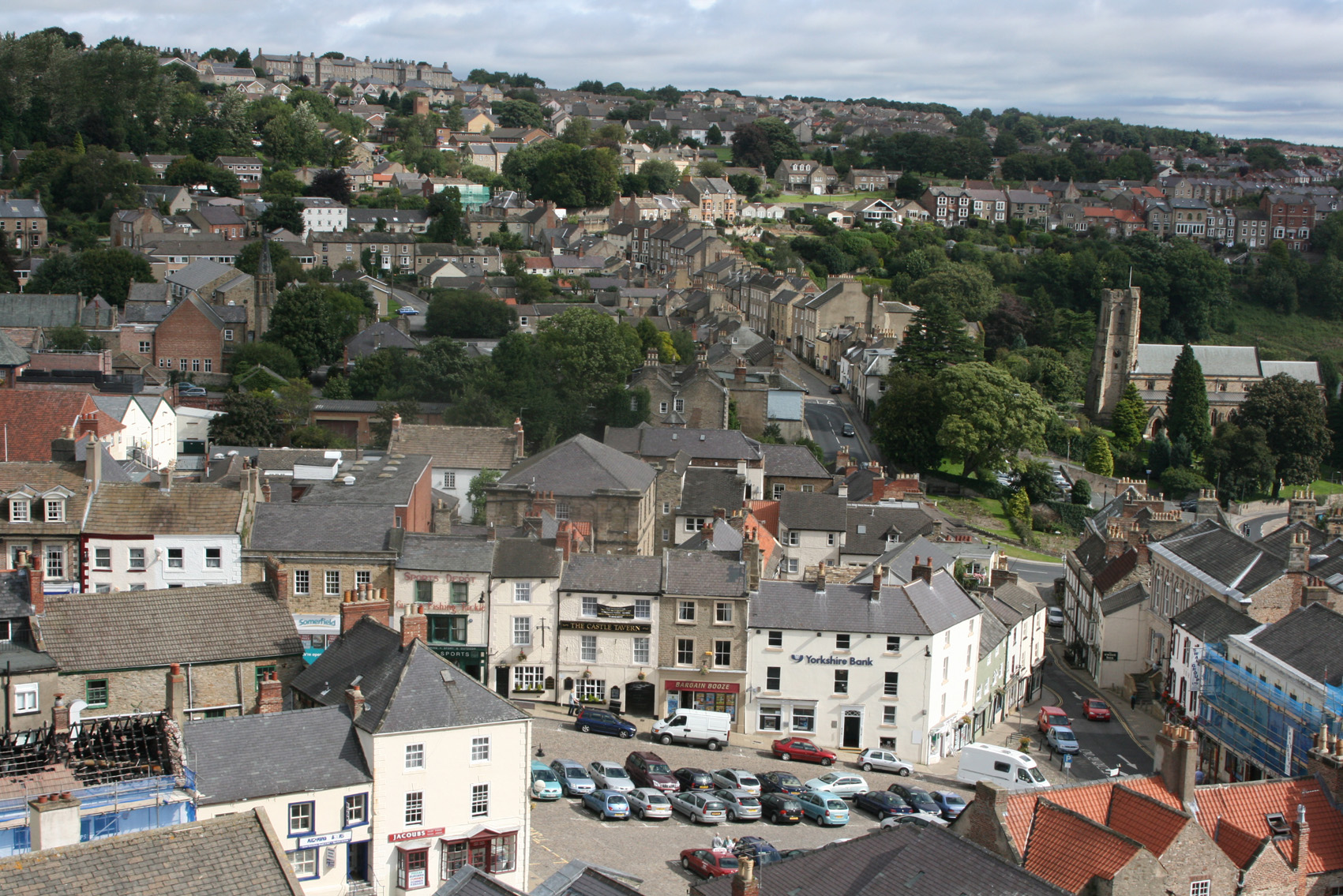 Richmond is a charming market town blessed with a spectacular topographical setting in Swale Valley, gateway to the Yorkshire Dales. Its sloping Market Place is a delight, surrounded by mainly 18th century buildings with the Gothic medieval Trinity Church in the middle, and a clock tower at the head of it. Richmond Castle, with its commanding position overlooking the valley, was among the earliest built in England after the Norman Conquest.

The town is located a few km from Catterick Garrison, so it has long-established military connections and, indeed, many of its residents are retired Army officers. The Green Howards regimental museum is located in Trinity Church, and is an example of what not to do, with 1970s suspended ceilings eliminating any sense of being inside a historic building.

One of Richmond’s losses was its railway station, a victim of the Beeching cuts in the 1960s, although there are good bus connections to the nearest mainline station at Darlington. The old station building is now thriving as an arts, business and leisure centre, largely as a result of a community initiative. The diverse new uses include two cinemas, a bakery and a micro-brewery.

The town lost three-quarters of its tourist income due to the foot-and-mouth epidemic in 2001, and this served to galvanise both the public agencies and the wider community to put it back on its feet. Vacant shops were re-let, some for traditional services such as a cobbler, while the Council has pursued a deliberate policy of re-populating the vacant upper floors of retail buildings with new residents. A new Co-Op supermarket was seamlessly slotted into Friary Park.

Richmond is extremely conscious of its legacy, which includes the captivatingly beautiful Georgian Theatre Royal in its original building, now sympathetically extended to provide a range of much-needed facilities, such as a cafe/bar, and numerous examples of fine town houses built by wool merchants in the 18th century. There’s a weekly outdoor market in the Market Place, keeping that great tradition alive, and a farmers’ market every three weeks.

It is one of the best examples of the successful Market Towns Initiative led by the Countryside Agency and Yorkshire Forward. The overall strategy is “heritage-led”, even to the extent of planning to fell over-mature trees to improve the settings of historic buildings, such as the parish church, and reveal once again some of the views of Richmond painted by Turner in the early 19th century. And even on this, there is a cross-community consensus that such a radical step would enhance the town.