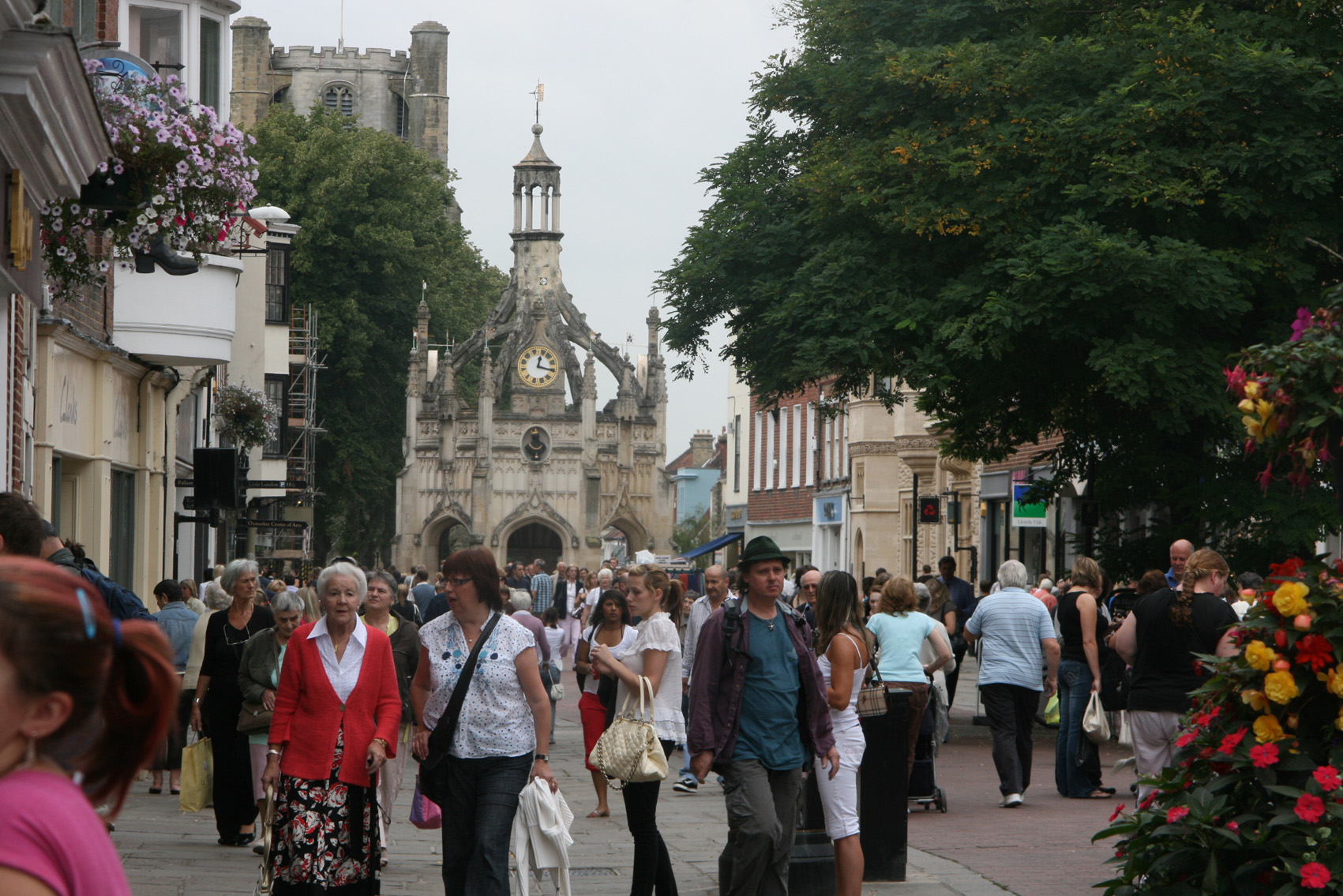 Chichester (population: 26,000) is a relatively small city that punches well above its weight. With ancient walls dating back to Roman times, a cathedral that’s a landmark for miles around and an easily legible network of streets dotted with historic buildings, it has a very distinctive sense of place and a long history of formal planning.

Nothing competes with the dominance of the Cathedral spire, so most buildings in the city centre are three or four storeys in height. It is also a compact and accessible city, made even more so by its flat terrain, and most people live within a 10-minute walk of the centre. It has a university and one of the largest further education colleges in Britain — Chichester College.

It is also home of the world-renowned Chichester Festival Theatre, of which Laurence Olivier was the first artistic director, and the Pallant House Gallery of Modern Art, which claims to have one of the best collections of 20th Century art in the world. A new civic museum, designed by Keith Williams Architects, is also being planned. But there is a rather reactionary approach to contemporary architecture, which is reflected in a profusion of pastiche.

Tourism is worth £200 million a year to Chichester, which also serves as both the county town of West Sussex and its regional shopping centre.
The shopping streets are busy and, though dominated by the usual chain stores, still have some independent local retailers as well as a bi-weekly farmers market; a streetscape enhancement programme is also under way.

Chichester is well served by parks and public transport, both bus and rail, and is one of the most popular retirement centres in Britain. It is also among the most expensive for housing, although affordability issues are being addressed. Major employers include Rolls Royce Motors.
The city is also close to such recreational amenities as the South Downs, Goodwood racetrack and the south coast, with West Wittering being the nearest seaside resort.