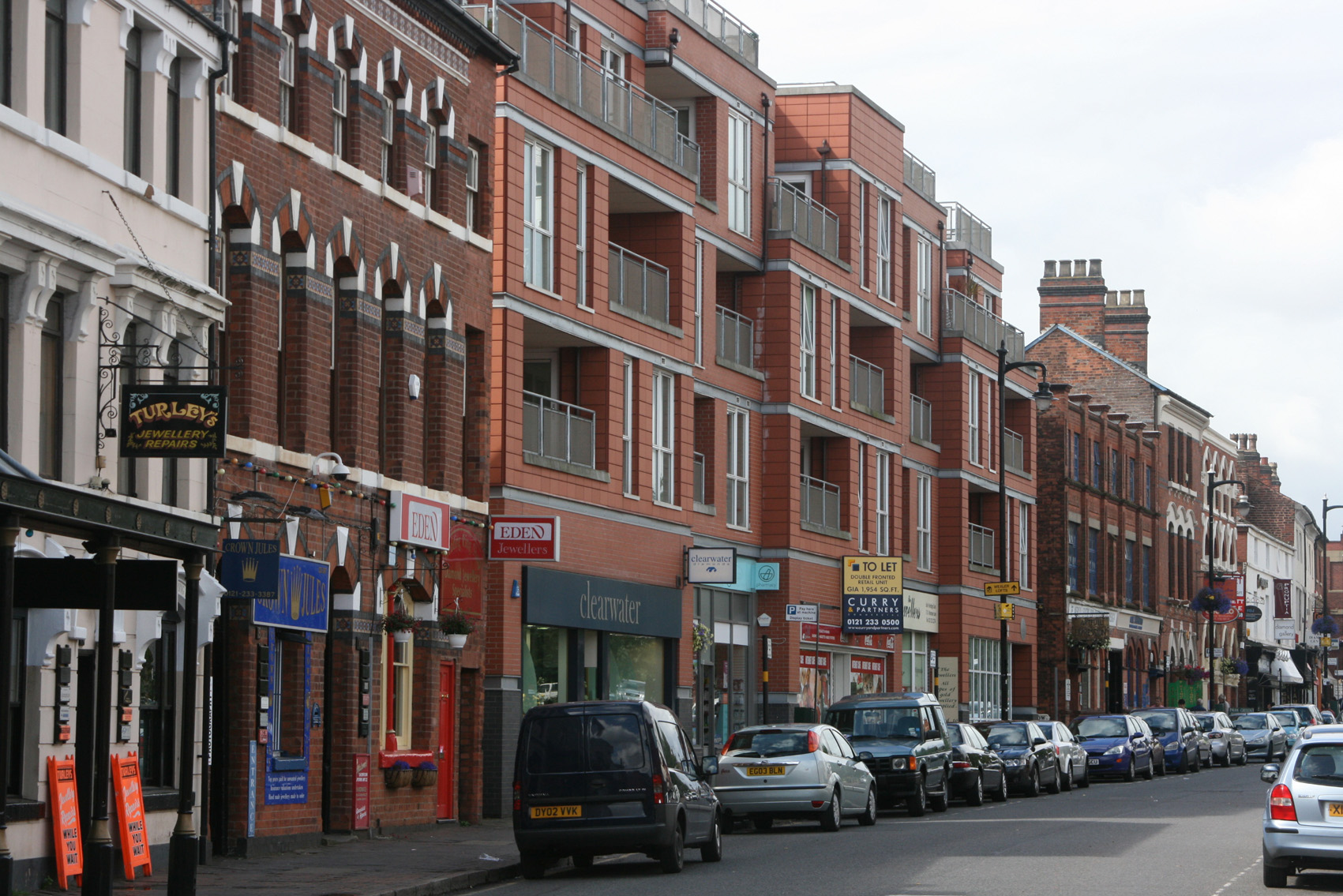 The Jewellery Quarter of Birmingham is a very strong contender for the Great Neighbourhood Award, as it meets many of the criteria, and has been continually striving for, and securing improvement, over the last couple of decades.

In some respects it is more like a foreign mixed-use neighbourhood – as it has few direct comparators in the UK, mainly because economic activity remains such a strong component. Within the 107 hectare area, there are 3,500 residents and some 1,500 businesses, many in the jewellery business which has been there for 250 years (and makes 40% of UK output).

It has great strengths based upon its conservation-based approach to mixed-use inner city regeneration in what is a very fine-grained area, with few big landowners or employers. This approach has enabled retention of form and many distinctive building typologies.

This approach of very considered custodianship has been a carefully planned and managed one of partnership, and has had to resist a market based ‘let rip’ approach. This has retained not only form, and smaller scale development, but has enabled retention and adaption of a finer grain of uses, such as SMEs to locate in the quarter and contribute to the city’s economy (it contains 40% of the city’s architects).

Perhaps one of its strengths lies in the strategy and governance mechanisms, which allow for resident and business input to policy and other future outcomes. With a small core team of five, it seems better managed and run than many neighbourhoods of comparable scale and character. There is a community partnership that meets twice a year – and a series of sub-groups.

There is a strong promotional dimension, with Trade Directories, a website, tourism guide, and annual festival. There has even been radio and television advertising to draw visitors into the area.

Although conservation has been a strong theme, there is undoubtedly scope to take aspects of sustainability and energy and carbon management further in future. Parking is clearly an issue of tension that will require ongoing and intensive management, and perhaps other modes such as cycling could be actively promoted.

The Jewellery Quarter may not be quite as classically attractive in townscape terms as Stockbridge in Edinburgh, nor as convivial for family living, but it is rich in its diversity and very real in its living economy – firmly based on traditional uses. By contrast Nottingham’s Lacemarket has saved the physical place – but not the industry to anything like the extent of the Jewellery Quarter. The strong promotion of new workspace and affordable business growth space is an important dimension of medium term sustainability.

The key lessons the Quarter provides are in its long term view, the imaginative and sustained use of conservation and land use policy, and the engagement and enthusiasm of a range of local business, landowners, contractors and developers, sometimes with grant or policy assistance. This human component – the local personalities – is perhaps as crucial to success as the physical fabric that has been inherited, and simply cannot be underestimated as an ingredient of success. Many of the developers, businesses and landowners have been around for years, sometimes generations. That provides a distinctive dimension of sustainability in what might be termed ‘slow-burn regeneration’.