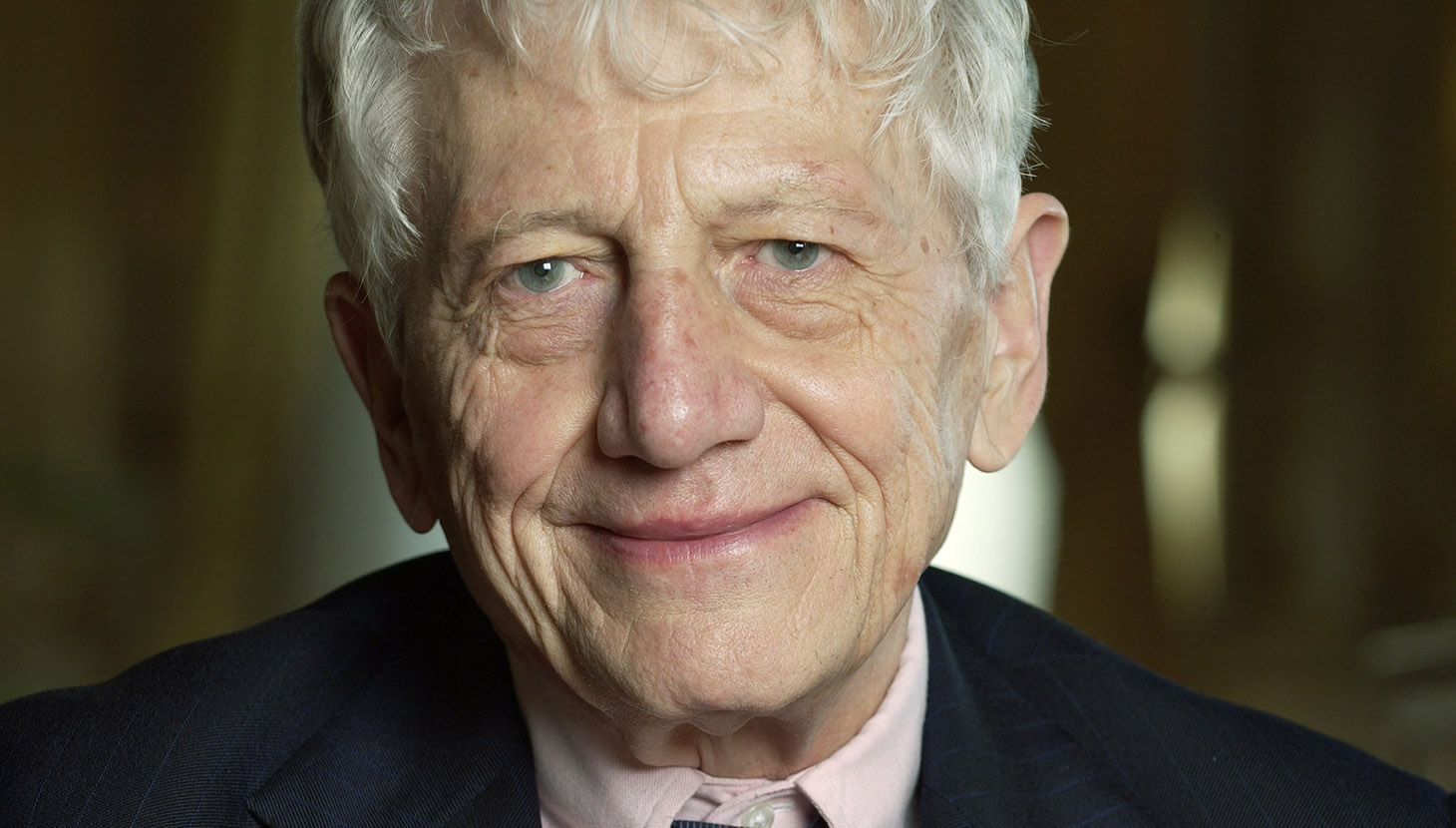 Nicholas Falk reflects on working with Professor Sir Peter Hall, who died July 2014, and his contribution to urbanism.

Working with Peter Hall on his last book, he came up with the title Good Cities, Better Lives: How Europe Discovered the Lost Art of Urbanism. But the only reference to urbanism in the index is from one of the conclusions, which said that ‘The French concept of urbanisme (as opposed to planification) is essentially about creating liveable places. And their success is testified by the fact that rich and successful Frenchmen and Frenchwomen crowd into their cities’.

So what is the ‘lost art of urbanism’? Peter, who is best known for his passionate enthusiasm for Regional Planning and the work of Ebenezer Howard, was in fact a lifelong urbanist. Peter and his wife Magda lived in a fine Edwardian suburb in Ealing to which they had moved from Victorian Bedford Park. Later in life they also acquired an apartment not far from Montpellier, a historic university city which combined Peter’s great interest in light rail systems with its extensive Technopole or science parks. At the end of the introduction to his magnum opus, Cities in Civilisation, Peter set the challenge: “The central question, now, is precisely how and why city life renews itself; exactly what is the nature of the creative spark that rekindles the urban fire”.

I first came to know Peter through a Fabian Society committee and recall working together on a New Radical Agenda for London, which promoted the idea of development agencies and corporations. When the Urbed Research Trust was set up in 1976 he joined the board and subsequently examined my doctoral thesis on Planning and Development in London Docklands. I recall his concern that this was very different from the usual thesis, largely because it was based on ‘action research’ in Rotherhithe rather than testing someone else’s theory. We became firm friends.

Our friendship was based on a number of common interests – in railways of all kinds, in cities, and above all in how to bring about change. Peter campaigned for using the Channel Tunnel Rail Link to regenerate East London and North Kent as well as helping me press for redeveloping the railway lands at King’s Cross with a joint article in Town & Country Planning back in 1987.

Peter moved away from Labour to the embryonic SDP, and also joined the Institute of Community Studies, which Michael Young had set up. It was no coincidence that he produced The Sociable City with the declared anarchist Colin Ward, as his politics were basically libertarian. But he could also admire figures like the authoritarian mayors of Montpellier and Lille, who transformed their cities through audacious expansion plans based on high-speed connections between cities and extensive local light rail systems.

Though Peter was at heart an academic – nothing counted unless it could be referenced – he saw the value of collaborating with effective consultants like Martin Crookston (at Llewelyn-Davies Planning) and Charles Landry (at Comedia), and earlier with Tom Hancock, with whom he planned a never-to-be built new town in Wales. His advice was taken everywhere, as I learned to my great benefit when drafting a chapter on ‘Boosting Economic Growth in Germany’. Not only had he advised the mayor of Berlin, but having done his doctoral thesis on German cities, he was able to set their achievements in a magnificent historic and geographical context like no one else.

The subject of political economy is at last making a comeback thanks to academics like Thomas Piketty in his magnum opus Capital. But Peter went further in seeing it was cities, not countries, that created civilisation. Cities in Civilisation, which owes a great deal to his wife Magda’s research, deserves to be read much more widely, and with its 82 pages of references encompasses almost every form of knowledge! In the final chapter The City of the Coming Golden Age he says ‘planners need to consider land use and transport as one seamless web’. Contrasting London with cities like Paris and Copenhagen, he argues for re-examining the relationships between movement and urban form in different sizes of settlement. In a postscript, attacking the contrast on London’s South Bank between the National Theatre and people sleeping in cardboard boxes, he said: ‘Those who find them distasteful or disagreeable can – and will – get out of them, to arcadian suburbs and garden cities, if that is what they want. Cities were and are quite different places, places for people who can stand the heat of the kitchen’.

Peter had read and travelled further than probably any other academic, some 70,000 miles a year apparently, and so was not bound by statistics (even though his great studies on urban containment, and polycentric conurbations are founded on them). It was therefore natural for Peter to lead TCPA visits to European cities for their members, following the experience of the TEN Group of London senior planners which made it clear that European cities had begun to outpace our own.

Articles on the lessons in various editions of Town & Country Planning led to a joint manifesto article in January 2009 entitled Why not here? In it we summarised the lessons from new settlements in the Netherlands, Sweden and Germany, and proposed that the model of urban extensions in Freiburg should be tried in the UK. Freiburg illustrated more than any other city the ‘creative spark’ that he was seeking. This led their director of development for some 25 years, Wulf Daseking, to make a number of appearances in the UK, and to subsequent collaboration with The Academy of Urbanism on The Freiburg Charter. It also contributed to both our submissions for the Wolfson Economics Essay Prize, based on sustainable urban extensions to historic towns rather than freestanding garden cities.

Peter and I agreed on the need for planners to understand urban design and economics. From the study tours, we came to see that Ecotowns would only be economically viable as urban extensions, on the Dutch model, where local authorities play a much more proactive role not only in identifying the right locations, but with joint ventures to install local infrastructure. Our conclusions in Good Cities, Better Lives (p 227-312) provide a radical agenda for any political party seriously trying to change the trajectory of our cities.

It was perhaps inevitable that when the Wolfson Essay Competition on Garden Cities was launched we made separate submissions (though he asked URBED’s David Rudlin to help in preparing proposals for Preston). In probably his last words on the subject, in an interview for the August RIBA Journal he said: ‘to function, a garden city needs a population of 200,000+, not 32,000. The book (Sociable Cities) argues that Howard’s terms need to be reappraised. His garden cities were satellite sub-units of an existing city and linked to it by an ‘inter-municipal railway, not entities themselves, and that is always forgotten.’.1

Peter’s life was about reconciling town and country, not separating them. He saw the interdependence of rebalancing our urban economies, building new homes, linking people and places, and living with finite resources (the titles of the first four chapters in Good Cities, Better Lives). This for him was the crux of the lost art of urbanism – a task which should compel us to fix our broken institutional machinery.

Dr Nicholas Falk is a director of URBED.