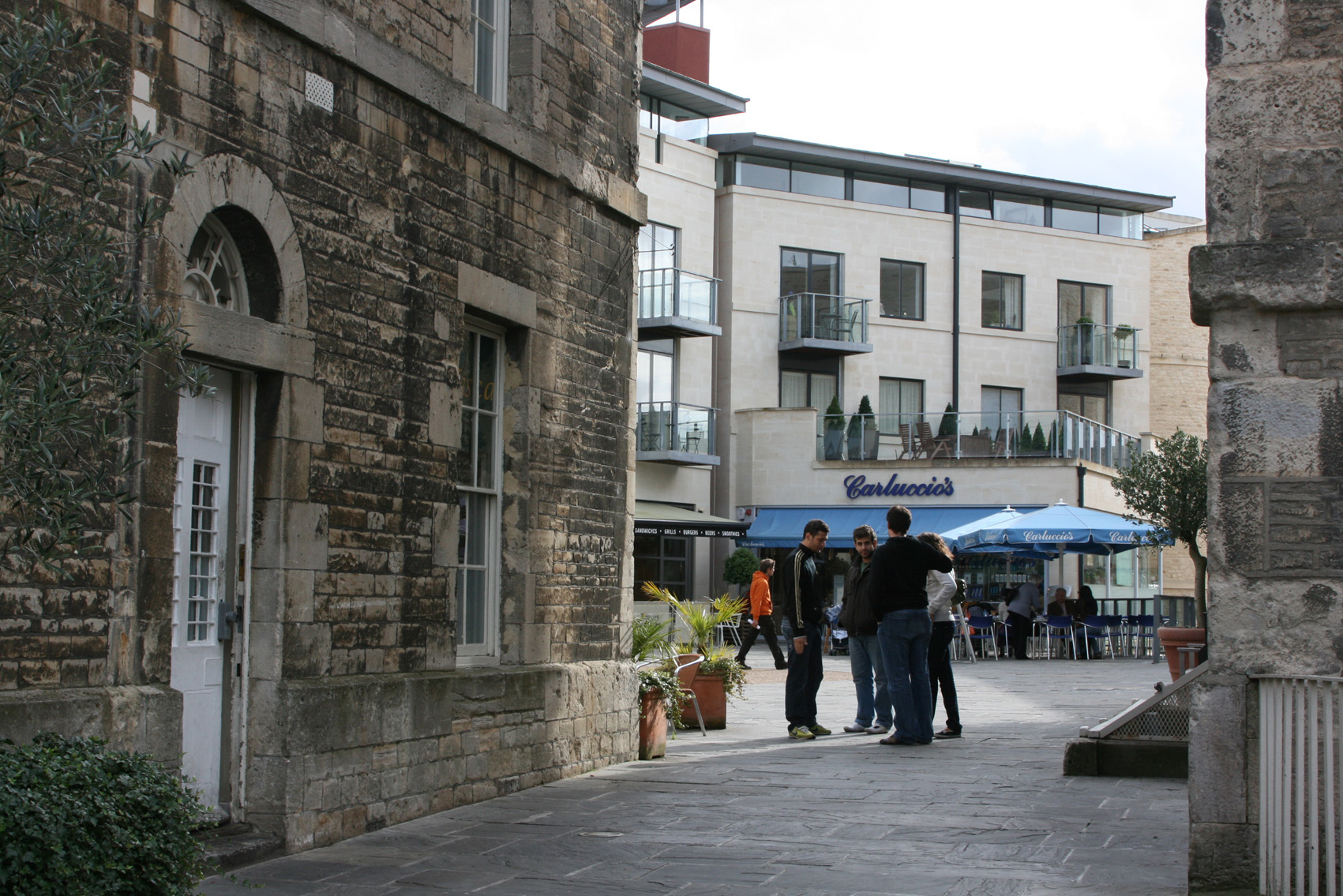 Oxford is a city full of great places, many of them associated with the University. However for centuries there has been another great place in the city, hidden behind the walls of the prison. Long before the foundation of the first university Oxford was a Saxon town and St. Georges Tower, now reopened as a tourist attraction as part of the Oxford Castle development, protected the town. Later the town was taken by the Normans who built a Mott and Bailey Castle. By 1100 the castle was in use as a prison and by the 1700s this had become its main use. One of the city’s great historic sites had therefore been hidden behind prison walls for 900 years.

In 1996 the Home Office closed the prison and the County Council obtained an option on the site. Commercial advice at the time was that a viable development was unlikely but the county packaged up the site and put it to the market. Most of the 34 developers who expressed an interest suggested putting student housing in the prison that somehow felt wrong. Eventually a developer was selected and the county together with the Council and other stakeholders started working with them. However after 9 month it had become clear that the scheme was not viable and the developer was not right for the site because they did not have a feel for the buildings. The County therefore turned to the second placed developer Trevor Osborne Property Group who were appointed in 2000.

Since that time the development is a perfect example of careful urban renewal, both in terms of design and the partnership and financial structures put in place to realise it. Trevor Osbourne has run the project personally and immersed himself in the history and architectural heritage of the site. The main prison has been converted to a Mal Maison Hotel while new blocks along Castle Street provide residential accommodation and much of the ground floor is a sequence of good quality restaurants and cafes. The scheme also includes a new tourist attraction run by the Oxford Preservation Trust who have refurbished St. Georges Tower and interpreted the history of the prison.

The public realm is made up a series of courtyards which have different characters. The prison reception yard is the main café, restaurant area while the exercise yard is a quiet garden used for occasional performances. Part of the wall has been taken down to open the site up to the conical Normal Keep in an area also used for performances. The whole area is overseen by a management company with an on-site manager. Indeed Trevor Osbourne states that while the development may be complete, the work of turning it into a ‘place’ has only just begun.