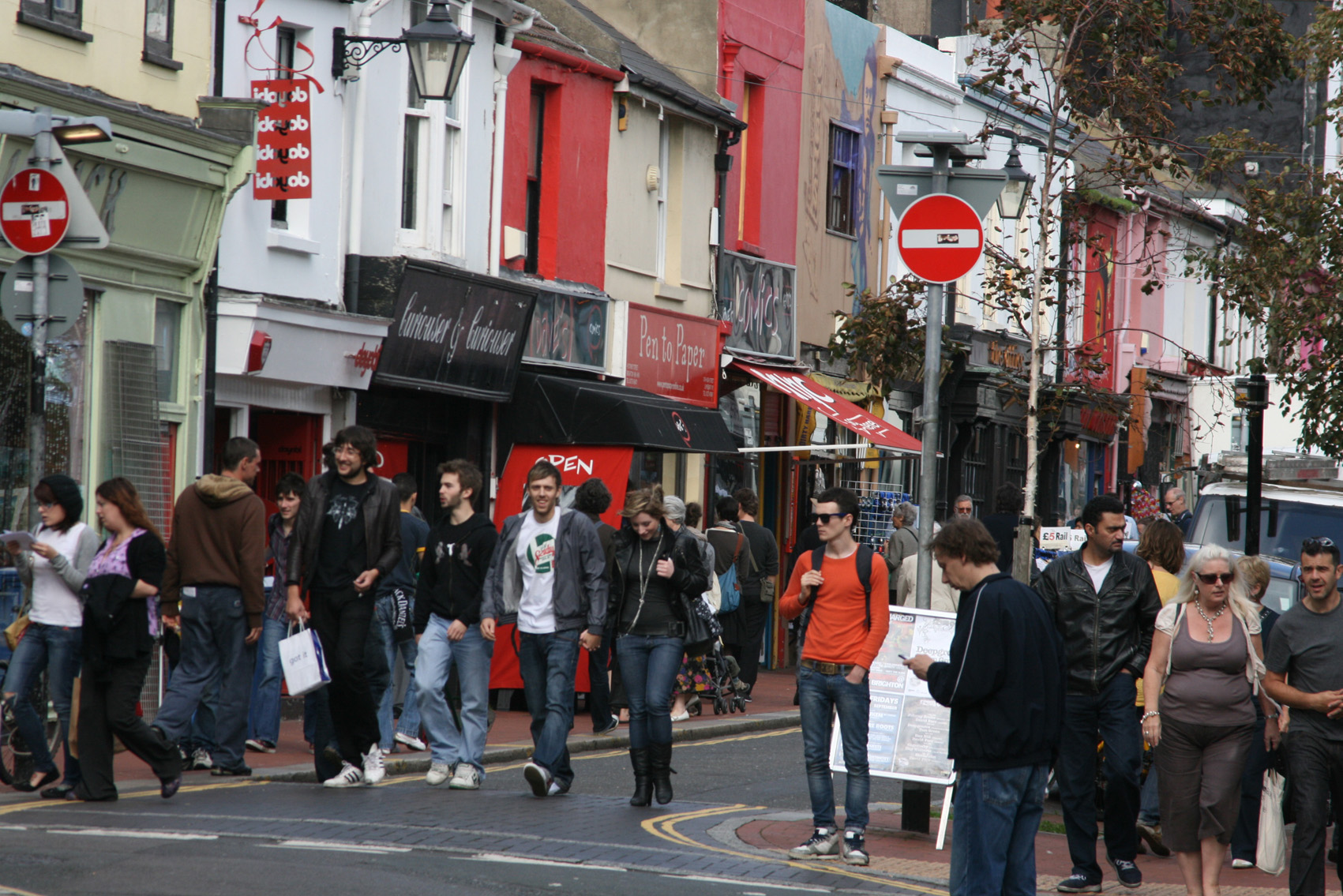 The North Laine in Brighton is a grid of terraced streets running from the northern edge of the main shopping centre to the station. The neighbourhood’s name, the North Laine is in the singular and with an ‘i’ and refers to the medieval shared field that once surrounded Saxon Brighthelmstone. These were developed as a series of terraced streets by the Victorians to house the workers in the nearby locomotive works and factories. The neighbourhood is therefore similar in its basic structure and architecture to thousands of similar neighbourhoods across the country. What makes it an extraordinary ‘place’ is the way that the people and businesses of the area have turned such ordinary material into such a unique urban environment.

The shopping centre of Brighton has always had a strange structure. There were traditionally to centres; the main shopping centre on North Street on the southern edge of the North Laine and London road to its north west. The North Laine lay between the two and included a selection of local specialist shops. The example we were given was a shop selling nurses uniforms before it was realised that such shops still exists – its just that in the past they were real uniforms sold to real nurses! There are still some fantastic local shops in the area, including a woodworking business and a number of small electrical and hardware shops.

In the 1970s the area was threatened by a road scheme that would have demolished roughly a third of the neighbourhood. The campaign against this scheme gave birth to the sense of community and alternative culture that characterises the area today. Gradually the small specialist shops were joined by independent shops selling clothes, books second hand records. One local shop selling hand made cosmetics was the Body Shop which opened its which grew from an independent business in the area. Today the central spine through the area is lined with independent businesses, each with a distinctive shop front and many decorated with murals. This street is packed with people and the activity has spread onto the east west streets, such as Trafalgar Street that was run down until recently.

The shop units are small and in a variety of ownerships that provides a degree of protection to local business. Indeed new developments with larger shop units have struggled to let. The North Laine Traders Association is very conscious of the danger that the fragile commercial balance in the area could be upset by its success. They maintain a database of property and rents in the area and advise local business about what they should be paying. So far the balance has been maintained and the area has not been spoilt as had happened in similarly successful alternative shopping locations such as Camden.