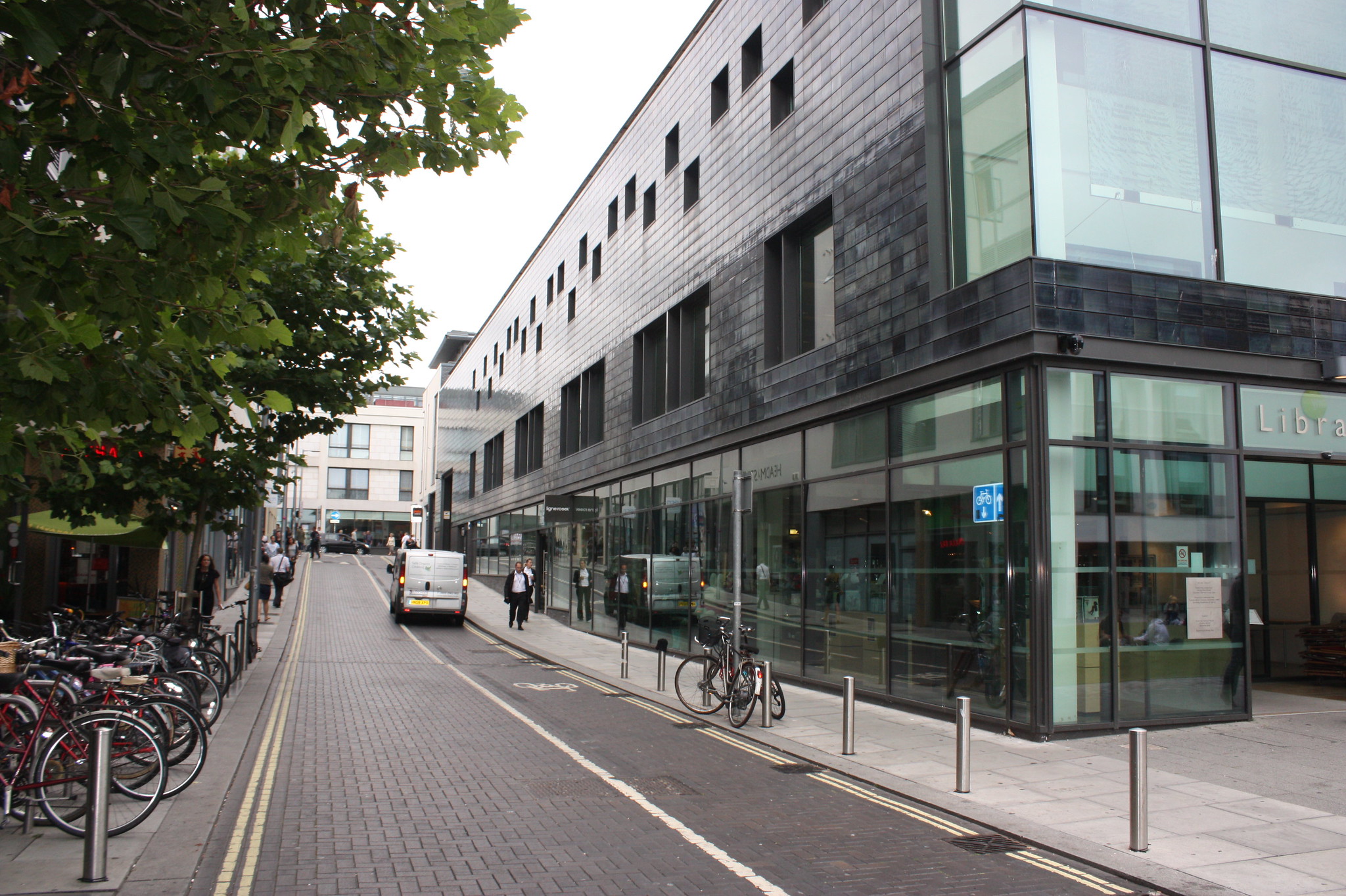 I remember New Road in what must have been 2002. I met a friend there for a drink before going to a stormy public meeting on the New England Quarter that we (URBED) were masterplanning at the time. I remember being confused by the road, it was very wide, and in the evening very quiet. One side was lined with magnificent Regency buildings, the other by the brooding presence of the Pavilion gardens although the Pavilion itself wasn’t visible. It felt like a bit of High Street cut off from the surrounding street network and relegated to the role of a back street with all the attendant menace and seediness that implies.

Today New Road is apparently the fourth most visited place in Brighton although I’m guessing it is still a long way behind the Beach. Nevertheless on the Academy visit it thronged with people, buskers, diners sitting at street cafes, a few tramps (admittedly), cyclists and, strangest of all, cars. Because New Road today is not a pedestrianised street any more but a shared space street, As our briefing from Brighton Council told us, it is the first ‘truly shared-surface multi-modal non-residential street in the UK”.

New Road is so-called because it was built at the behest of the Prince of Wales in the early 19th century to divert traffic around the Royal Pavilion. For a while it therefore was the main street out of Brighton towards London and was developed with fine houses and the Theatre Royal. However when traffic inevitably transferred back onto the more natural route out of the city, New Road became a bit of a backwater, despite having all the grandeur of a high street.

This became clear from the work of Gehl Architects who, together with Martin Stockley Associates, were appointed to develop a scheme for the renewal of New Road. They mapped pedestrian movement across the city and looked at the hierarchy of spaces and streets, coming to the conclusion that New Road could become a lively public space. However, rather than exclude traffic from the street the decision was taken to create a shared space accommodating both vehicles and pedestrians.

The modified street re-opened in 2007, with a shared granite surface with no delineation between the pavements and carriageway. Street furniture, including a new bench along the Pavilion railings, has created a space that is now one of the liveliest places in Brighton. Lighting has been incorporated into the benches designed by the artist Esther Rolinson and the trees cut back to allow views of the pavilion. On the western side of the street many of the local businesses, the Theatre Royal, and the Unitarian Church have invested in their premises. This side of the street is now lined with street cafes.

A survey in 2008 showed that pedestrian activity had risen 162% and cycling by 22% while traffic had fallen by 93%. Surveys of the old street had registered virtually no activity, whereas in 2008 a survey at 10am, 1pm, 4pm and 8pm, captured 500 staying activities. The safety audit stated ‘motorists appear to behave as though they are intruders in the street; give almost total priority to pedestrians and most drive at the lowest possible speeds’.

The behavioural reality is that the street has effectively been pedestrianised so that the street is not typical of shared space as understood in the European context. Nevertheless there remain concerns from Guide Dogs for the Blind. There are practical issues like the removal of kerbs which guide dogs are trained to respond to. There is also a problem in that the central principle of shared space is that eye contact between pedestrians and motorists allows each to respond to the other in a civilised way, something that is clearly difficult for a blind person.

One local business on New Road wondered aloud where the thousands of people using the street were before the street re-opened. The scheme shows that street life can be created if spaces are well designed. New Road is a shining example that, if we give back streets to the pedestrian, public life will return to the city.