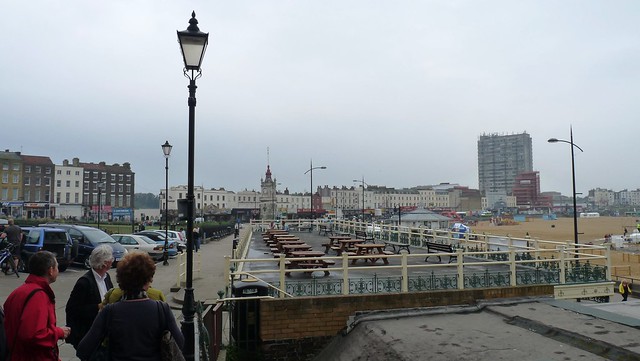 1. There were a variety of partners involved in the regeneration of Old Town, from national and local public agencies to local businesses and residents, who shared a vision for the physical, economic, and cultural regeneration which celebrates its history in creative and contemporary ways, fuelled by nurturing cultural enterprises, repairing property, and improving the public realm

2. The District Council has committed much time and energy to the regeneration project over the last 30 years, yet allows and facilitates partnership governance arrangements led by the local community to be involved in the process, demonstrating a level of local engagement and appreciation for the regeneration of the area

3. Old Town, and Margate as a whole, had experienced serious decline, which has now turned around through capital investment with a combination of private and public funding, enabling the development of artists studios in former coal stores, industrial buildings and factories, which has helped to create a critical mass of activity and facilities that promote Margate as a cultural attraction and Old Town as a neighbourhood with a vibrant mix of commercial enterprises

4. The Turner Contemporary is a striking new building that has contributed to the town in a number of ways: 1) it is a talking point which attracts new visitors, 2) it serves as an anchor for the contemporary and retro cultural quarter that is developing in Old Town, 3) it is a sign of confidence in the town from a major investor, boosting local pride, and 4) it is a source of learning and culture that extends beyond the artwork on display, and offers employment and learning opportunities for locals in addition to engaging people in building design and art in general

5. Old Town has successfully retained the built fabric and character of the old while introducing youthful, contemporary uses which appeal to modern tastes and create a new local economy. A large effort has been made to conserve and regenerate buildings in the area which has contributed to bringing the town centre back from widespread dereliction and economic redundancy to productive use

The economic resurgence of the Old Town and Harbour over the last three decades, aided by the major investment of the Turner Contemporary and commitment from across the public sector, has resulted in a substantial growth of small enterprises. What was a largely derelict and forlorn quarter in the 1970s is now a bustling neighbourhood with a vibrant mix of commercial enterprises, most of them small businesses. The fact that this economic resurgence is rooted in the local community bodes well for the continued strength of the area.