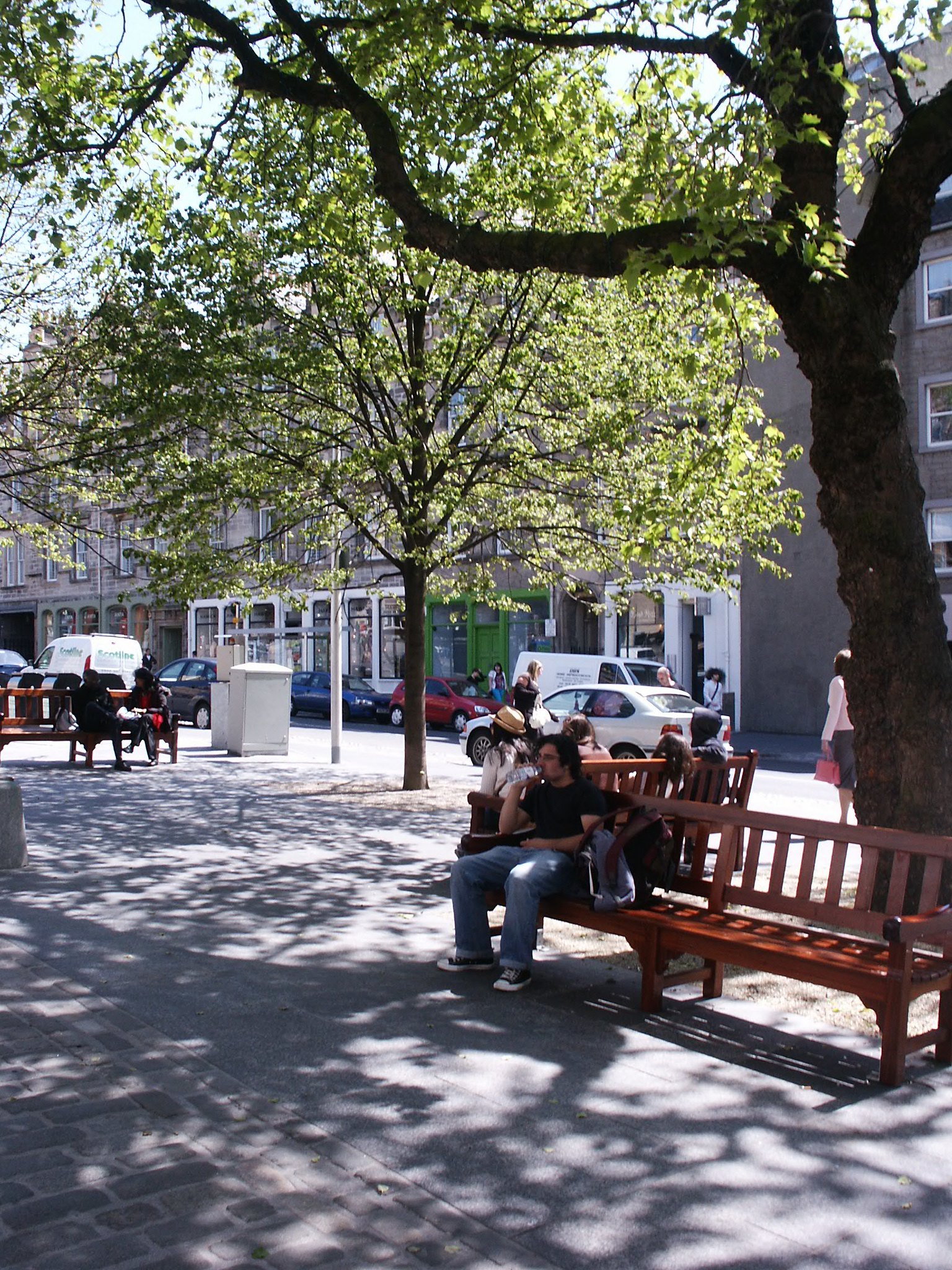 The Grassmarket is part of the city centre UNESCO World Heritage Site and an important open space for Edinburgh just south of the Castle. It is at the heart of a residential area with a vibrant local economy and evening economy.

The Grassmarket has been part of the Capital Streets Programme of improvements to the public realm within the City of Edinburgh. This Programme is promoted through a partnership of the City of Edinburgh Council, the Edinburgh City Centre Management Company, Edinburgh World Heritage and Scottish Enterprise Edinburgh & Lothians.Community. Their interests were recognised by the formation of a Stakeholder Group made up of representatives of the local resident, trader and business community.

Until recently it was thought that the Grassmarket existed in Edinburgh from approximately the 11th century but archaeological digs undertaken during the current improvements to the area have revealed Bronze Age remnants. So the Grassmarket has been a known place for a very long time and has evolved throughout Edinburgh’s long history.

The Grassmarket urban space is a square of two halves, a sunny side and a shaded side. The shape of the plan is rectangular, about 1:6 in ratio, with the long sides facing North and South. The urban grain of the south side is larger with offices and hotel, while the grain of the north side is tighter with relatively small restaurants and bars housed behind Georgian facades that were superimposed onto medieval structures. The activities within the north-side buildings can spill out onto the sunny part of the newly formed ‘safe terrace’, which includes open space that has been created outside the Dancebase studio for dance demonstrations.

The Grassmarket surface has a slope of about one storey change, falling in height from east to west. The terrace is formed by the simple act of redirecting vehicular traffic onto the south side of the square only and making the area adjacent to the north side’s restaurants and cafes more even, by removing the kerb and placing cobbles at grade.

The removal of car parking from the area results in the formation of a pedestrian dominated environment that allows a range of activities to take place. Pedestrian linkages have also been improved in and around the site but vehicle access and deliveries are maintained within a controlled time scale.

The public realm project enhances the historic associations through the interpretation of key features in the physical design of the space. These include the Flodden Wall, the gibbet, the Covenanter’s Memorial and local folklore.

The night-time economy in the Grassmaket had been dominated by a culture of drinking and anti-social behavior, but the project aims to diversify the use of the area and reverse this trend by introducing day time and evening activities which are more attractive to all ages, especially families. These have included cycling events, jazz evenings, and a Christmas parade.
The historic nature of the area allows excellent surveillance from surrounding residential tenement flats and hotels and the project has enhanced the economy in the local area by encouraging shoppers and visitors to spend longer in the Grassmarket.

The feeling of protection is given at a far greater scale than just the form of the buildings. The topography of Edinburgh is very much three-dimensional and the Grassmarket sits within a protected valley formed by ridges to the north and south. It is clear to see why the ‘terrace’ area in front of the doubly protected (north side but south facing) restaurants cafes and bars is popular. The small change of the surface treatment to the Grassmarket is very clever and simply done. It is a wonderful example of design restraint that focuses on the necessary and leaves out the ‘bows and whistles’. No more needs to be done and the small budget of £5 million also paid for an underground waste disposal system that is integrated into the square. The Grassmarket remains ever popular and these recent changes enhance the spirit of the place even more.