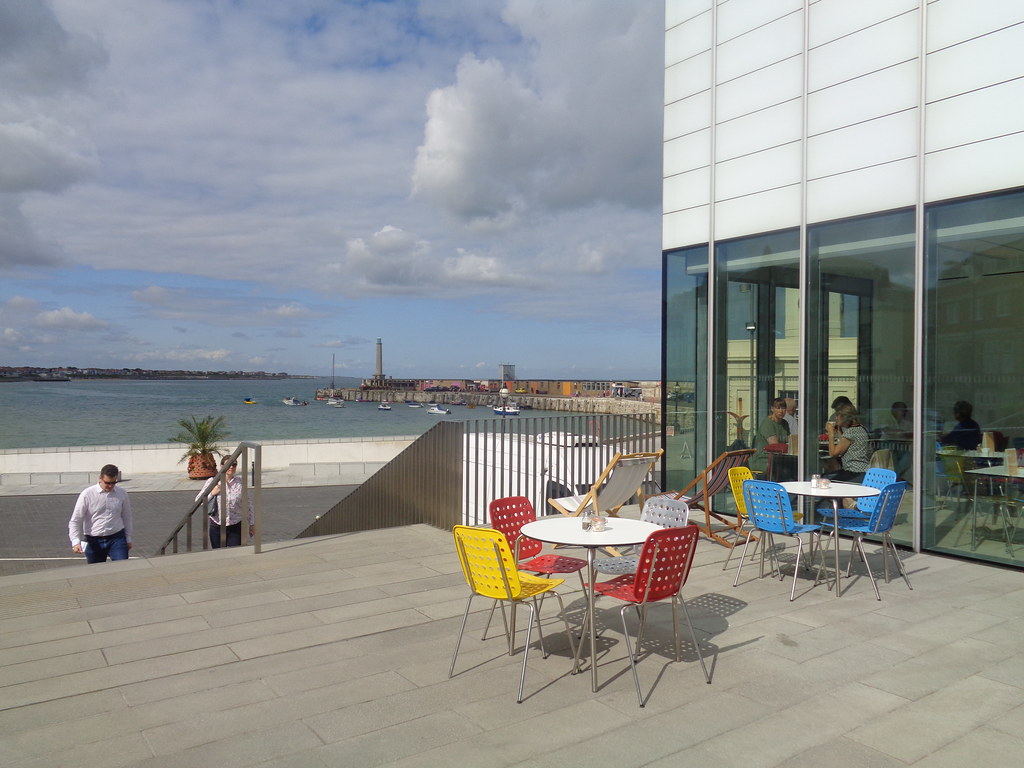 1. Reinvention
Margate offers a strong lesson in how to deliver change through community engagement at a time of huge challenges. The high level of entrepreneurship and SME investment in creative businesses has positively contributed to the look and feel of the place and they are key to the town’s economic revival. Margate has successfully remodelled its image by building on its tradition and natural assets but it feels that it is possibly driven too much by a current trend for a retro seaside experience.

2. Economic investment
The investment in quality high-speed rail connections to London has brought back visitors, attracted new residents and created new business start-up communities that appeal to a different type of customer. The good London and South East connections also justify the huge public investment in the Turner Contemporary gallery.

3. Culture and arts-driven change
Margate is an exemplar of the role of arts and culture as a means of building local communities and attracting more visitors year-round. Although the Turner Contemporary primarily drives this, other artists and studios also feel they have a duty to offer something for Margate’s communities and visitors.

4. Heritage as a catalyst for regeneration
Whilst investment is required for restoring buildings, much of the historic fabric remains and is now being put to new uses. There are some groundbreaking initiatives such as environmentally sustainable architecture, inter-generational housing, workspaces and measures to address houses in multiple occupation.

5. Significance of public sector investments
The importance of a few concentrated high-profile public-sector investments such as the Turner Contemporary, the Old Town, Dreamland and conservation initiatives in Cliftonville appear to have kick-started a particular form of regeneration, thus bolstering confidence in the town’s future.

Margate is a seaside resort that has gone through many changes, declines and revivals over nearly 300 years. It has a rich history that has shaped the town today. In the 18th century people arrived from London by boat to take the waters, Victorians created a wealthy resort, and many generations of East Enders came for their annual holidays. Margate continues to be a creative seaside resort adapting to the many changes in the tourism economy. Situated almost furthest east in England, its beautiful sandy beaches and fantastic sunsets both helped shape its fortunes and still sustain the local economy.

Margate is primarily a day-visit destination and comes alive after 10.00 a.m. when the high-speed trains start arriving from London. It has all the benefits of a traditional British seaside resort and its attractions are targeted at a very broad social and age range. It is much quieter after the day visitors have left and appears to be still struggling to attract longer stay visitors although, when compared with other resorts on the east coast of England, Margate is doing well.

The current regeneration of Margate as a seaside resort is principally driven by entrepreneurs and creative people who have recognised the town’s potential due to its proximity and rapid access to London, its affordable properties and rents, and its history and tradition. They exhibit a common set of objectives, if not a strategy, and complement each other in the culture-/retro-seaside-led approach, from the revitalisation of Dreamland, the ancient amusement park, to the stylish shops and restaurants of the Old Town. The traditional seaside resort and all it conjures up has influenced regeneration and investment priorities.

Many of the foundation investments have benefited from significant public-sector funding at the early stages, such as the Turner Contemporary, the Old Town and Dreamland. Besides the Turner Contemporary, public-sector arts invest¬ment has also promoted arts development and the organic expansion of artist studios and creative industries. Dreamland has been revitalised because of a great deal of council funding, heritage grants and community pressure which, in turn, have encouraged private-sector investment. This has made Margate a destination for a new type of prosperous visitor as well as enhancing it for the traditional day-tripper and short break visitor.

Public-sector leadership has helped kick-start change but the majority of large buildings and sites, including some of the hard-to-regenerate ones, are in private ownership, which has caused delays. For example, The Lido, a listed building on a prominent seafront site has remained unoccupied for many years and the owner of the site adjacent to Dreamland is holding out for a supermarket investor to come forward.

A great financial commitment has been made by creative people uprooting from London and other parts of the South East to live and work in Margate. The opening of the high-speed train brings Margate 1.5 hours from the centre of London on a frequent route. This has clearly influenced the perception of Margate as a place to visit for a day out and to relo¬cate to, thus making the town’s closest partner London rather than its Thanet neighbours of Rams¬gate and Broadstairs. Once a largely working-class holiday destination, Margate now holds appeal to East London’s fashionable and creative communities. Although it is uncertain how the current initiatives will sustain themselves if the trend for a retro seaside experience changes, it is probable that London’s increasing living costs will ensure that new entrepreneurs stay, and so the businesses will adapt and change.

The promenade also shows signs of investment in hotels and visitor businesses. There is evidence of a great deal of sensitivity in dealing with the largely intact historic town fabric, and essential works like sea defences have been designed to create attractive new steps to sit on the edge of the beach. Small buildings along a jetty leading from the Turner Contemporary are now units for creative businesses and cafes.

The direction of the local authority, Thanet District Council, is hazier. Clearly, the authority has helped encourage significant development in the past, with a great deal of community support. However, the new council (elected in May 2015) is still finding its feet and as yet appears to have no strategic plans for the town, but is happy to let market forces take a lead.

The North East Kent European marine sites work together with and include as many organisations and individuals as possible in the conservation and management of the coast. 10 local authorities, including Thanet District Council, have formed a Management Group to report on research, review progress on an agreed action plan and work with the Scientific Coastal Advisory Group. They work with volunteers and coastal communities to help deliver projects on the ground. Wardens are frequently local business people and residents who organise litter picking and cleaning days, and support events and activities to help people appreciate the coast’s ecological significance and fauna and flora.

However, Margate still faces some serious issues, particularly in the once-prosperous Cliftonville area, now full of lodging houses and houses in multiple occupation with many poor Eastern European immigrants. There is local authority investment in conservation grants for individual house improvements, including a fascinating project to create a multi-generational, environmentally sustainable house out of a large Victorian villa which will be monitored to see how it works as a family unit and to assess its energy-saving capacity. It is, however, just one experimental project, and there is no evidence of a clear council strategy to solve the poverty and housing issues other than to hope that the expanding housing market would force the problem elsewhere as wealthier people move in or develop holiday homes once more.