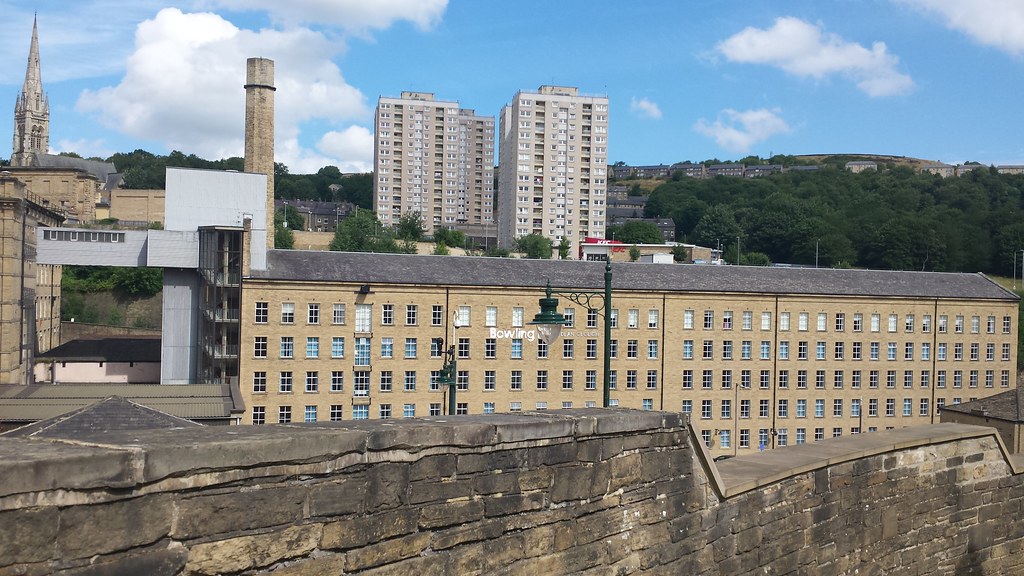 1. Leadership and strategy
Halifax has built on its strengths, such as location, history, industrial heritage and a long tradition of strong Council leadership. As a town it is quietly confident and continues to move forward positively. Its success is a result of not being overambitious and of sticking with a simple vision.

2. Reuse of buildings
Halifax concentrates its efforts on improving a small number of significant buildings and putting them at the disposal of public and community use.

3. Contribution of private initiatives
Dean Clough is a remarkable example of successful long-term private-sector confidence in the town’s potential by one family. Apparently, neither public money nor public strategic planning was involved in its development; however, community and commercial interests drive the operation. Without this determination it could have been one of the largest vacant buildings in Europe.

4. Sustainable town centre
By containing the major employment within the town centre, such as the council consolidation and the Lloyds building, Halifax continues to be active, vital and sustainable. In this context, it is surprising that Lloyds has now chosen to expand on a greenfield site.

5. Use of public spaces
Halifax has an interesting combination of internal and external public spaces, in different ownerships. For example, the Minster is well used for both multifaith religious activity and for secular events, making it a true community building. The Piece Hall is managed by a trust and will become a fine public space operated on a commercial basis in the general public interest.

Halifax is a product of its environment: its boundaries are defined by the Pennines which have restricted the urban sprawl other towns have experienced, its mills were originally powered by the River Calder, and its buildings are made from the robust local stone. The tight boundaries deliver spectacular views of the surrounding countryside and also make Halifax (and the adjoining town of Sowerby Bridge) a very self-contained community. It is a medieval minster town that has been a centre of woollen manufacture from the 15th century. However, its present character and its key public and commercial buildings are the product of its expansion during the Industrial Revolution when it was a major manufacturing and trading centre serving Britain and the world.

The late eighteenth-century Piece Hall is a fine, elegant building and a unique reminder of the wool trade, which is being restored and updated to meet twenty-first century needs and demands. Dean Clough, the former Crossley carpet factory, was one of the largest textile works in the world, and Mackintosh chocolates and toffee originated in the town. Its Victorian covered market is one of a few left in the country and thrives in a highly competitive retail sector. It was a grimy, industrial town well into the 20th century and it is hard to believe that there was a gas works cheek by jowl with the Minster up until the 1950s. However, the entrepreneurs that built Halifax also established the finance sector by creating what became the Halifax Building Society in the 19th century, now part of the Lloyds Banking Group, and the town’s largest employer. Its other great contribution is the stone that is quarried in nearby Elland and exported throughout the world.

Unsurprisingly, Halifax appears to have survived post-industrial change better than many towns in the North of England, and, although it is not without its issues, it is a town that feels confident in its present and future. Halifax has the marketing strap line ‘Pretty Gritty’ and describes itself as a town of purposeful places. One example, the Piece Hall, is being restored to create a new commercial and public space that respects the original purpose of the building and reinvents it for the 21st century. When finished, the development will be operated by an independent trust and create a redesigned public square bordered by business and retail units and, by opening up the enclosed space, an improved link to the town centre. The traditional Victorian covered market still welcomes 15,000 people a day, six days a week. It has a wrapper of shops, a hotel and unique first floor housing that require substantial restoration.

Halifax has very good rail and road links to the rest of Yorkshire and to the south, and is positioning itself as a major player in the Northern Powerhouse. Northern towns are frequently in strong competition with each other, with some of the smaller cities and towns struggling to find a role. Halifax, however, appears to have fared well in attracting substantial grants for transport and public realm improvements, and some larger employers, including an insurance company that is consolidating its offices into a part of the Dean Clough development. Although there are some vacant units above town centre shops, this is not unusual for a town of this size, and there is evidence of expansion in the retail provision. Calderdale Council has taken a positive lead in these developments by taking the brave step to move from a large purpose-built office into a restored listed heritage building to allow further retail expansion and to consolidate reducing numbers of staff. It is also implementing town centre traffic improvements to make it more pedestrian-friendly, adding to existing pedestrianised streets. Its topography does not make it attractive to cyclists, except enthusiasts.

The town has a strong cultural and community offer. Orangebox, an impressive youth leisure and community scheme offers an indoor skate park, performance space, a climbing wall and recording studios. It will be physically linked to the Piece Hall and deliver the training aspects of the Piece Hall project. The place has a real vibrancy about it and young people clearly see it as their space. Long-term funding is an issue and hopefully the project can be sustained. There is good theatre provision and the town is ambitious about making more of that and has Arts Council funding as part of the Cultural Destinations Project. Although Halifax is not an obvious tourist destination its location, its proximity to other places of interest in Yorkshire, and attractions like the Piece Hall, Dean Clough, the Victorian Borough Market and the children’s experience Eureka! make it a good short break destination. There are two large parks on the edge of the town, the public spaces are overall good quality and the new Piece Hall Trust sees the opportunity for cultural and social events in its refurbished public space.

Located just outside the town centre, Dean Clough has been developed over a 30-year period and started with a strong cultural focus: artists are offered free exhibition space in the publicly accessible communal spaces, there is a gallery, and it is home to significant theatre companies such as Northern Broadsides and IOU. It is substantial and includes a theatre and a range of high-quality commercial offices, incubator units, a hotel, restaurants and some clothing retail. The council recognises that pedestrian links to Dean Clough from the town centre need improving.