Christer Larsson AoU has widely been recognised as a significant force in exemplary regeneration during his time in charge of Malmö’s planning office. His exceptional work, combining shifts in collaborative design and sustainable development, led the Academy to appoint Christer as our third Honorary Academician. Here, we invite Christer to reflect on Malmö’s successes as well as hinting at how it will overcome its future challenges.

The journey Malmö has undertaken from its roots in heavy industry to today’s knowledge-based city with high ambitions in the field of sustainability, has inspired its neighbouring regions and many others from around the world. It has, for example, become a role model for cities in England and China. But this success has left Malmö with a demography that imposes entirely different demands and also presents us with completely new opportunities  – around lifestyles, workplace change, and multi-ethnicity, to name a few.

To continue to offer an attractive and enticing city that also meets the next generation’s lifestyles and preferences, we must develop the concept of sustainability much further still. It is perhaps easy to focus on the environment, where efforts are recognisable, but it is equally important that social and economic sustainability receives as much of our attention. In response to this, we have embarked on a continual process of change and improvement, where the realms of design and planning blur with progress made in relationships and cooperation.

One of the areas where change has been most prevalent is the link between Malmö and the wider region. Ongoing infrastructure and transport investments such as the Öresund Bridge, for example, have integrated and tied together not only the region and the city but also the inner-city. This has given Malmö a new and active role in the regional context, that has in turn provided a new impetus to the city. By making these sorts of investments that align with our strategy of creating a dense and mixed city, we can also reduce the amount of transport dependent work activities.

So, what is our next step? How can we take advantage of our development benefits? We have already started the spatial reorganisation of the city through densification, and through the conversion and re-appropriation of industrial areas. But in our masterplan, we aim to increase the population of Malmö by 100,000 over the next 20 years, which implies further reorganisation as well as improved public transport solutions.

As I see it, our key challenge is helping our population become more aware of how we use our resources. Malmö has a major challenge in terms of its energy objectives: by 2020, the city’s commercial buildings will be powered by renewable energy and by 2030, this will apply to the entire city.  The work we have done with our four Climate Arenas has reached out and created considerable awareness among all target groups throughout the city. But in order to succeed, I see a paradigm or value shift away from a more physical appropriation towards a more human capital/network solution – that is to say, a form of committed participation throughout the entire population.

Our success must also be seen against the background of strong political leadership, where in recent years the municipality has been the agent of inspiration and the initiator of many successful development projects. However we cannot rely on this scenario alone; the city or the municipality cannot do everything itself – we also need other players involved. Citysamverkan, the Institute for Sustainable Urban Development and Malmö University are all examples of those that need to come together. The participation and cooperation processes developed in the Climate Arena Västra Hamnen – where a great deal of the work can be attributed to cooperation with private operators – has produced many positive knock-on effects in other areas of development.

In order to obtain the maximum return for the city, greater regional cooperation is also an important factor. At present, Malmö is developing forms of cooperation both in the east and in the west through collaborative projects with Lund and Copenhagen.

This whole process of change may also be regarded as a conceptualisation of the city’s main themes: regionalisation, infrastructure, workplace change, new lifestyles and the development of the concept of the public sphere. As we make progress and take our next steps, additional factors must be added to the concept in a lucid and coherent manner, namely: climate and management of water; how spatial organisation can strengthen social sustainability; culture and collective knowledge as a driving force; and, last but not least, the processes that generate participation and trust.

Trust is important, but so too is health. That is why I am involved now in the ‘Commission for a socially sustainable Malmö’, which is geared towards greater social cohesion and participation, and a reduction in disparities in health. The model we have adopted is that of the Marmot Commission (Marmotkommissionen), capable of implementing projects at city level. In my role as a commissioner, I am looking at how the tools we have can contribute to a fairer distribution of health. 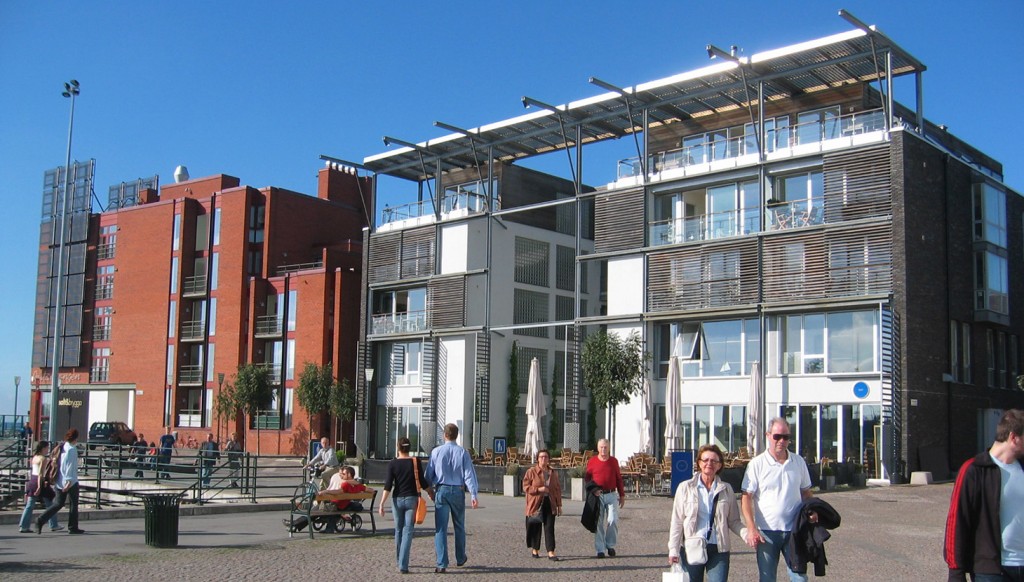 The tools we have and how we use them are of fundamental importance in any change process. In this continuous development of the city, our tools are being constantly adapted. We now view the older tools as rather static with regards to urban planning and tend to work with a much more process-oriented approach that can incorporate the ideas of today’s citizens. We also make use of methods that are determined by the values that we want to create in this particular journey, in the context of the city of Malmö.

When Malmö writes the next chapter in its change management, it will be written by its citizens, and will draw on their relationships and knowledge about how the city is organised in spatial terms, and how we as a city are responding to climate change and sustainability.