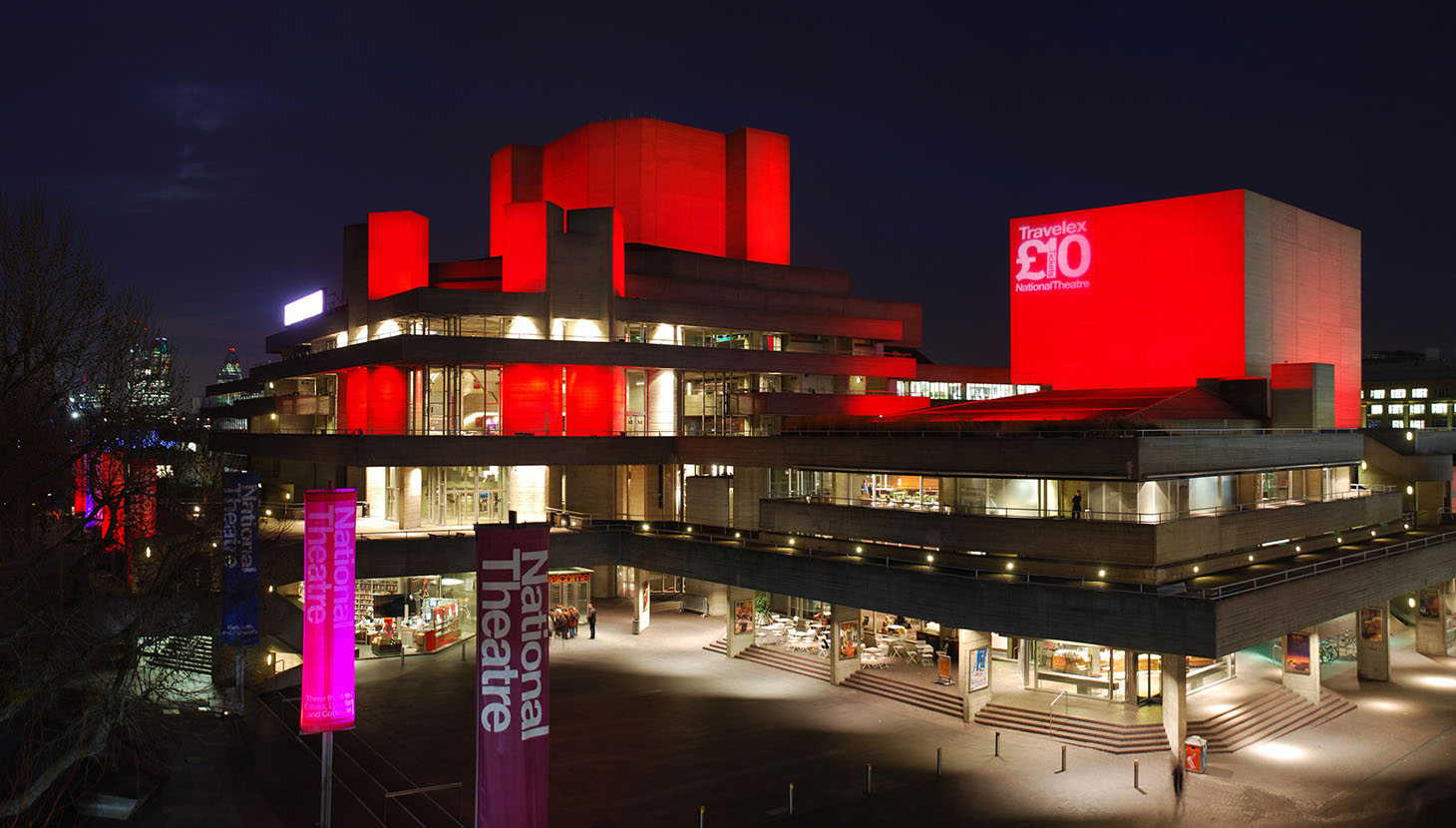 “Genius,” Thomas Edison the inventor of the light bulb said, “is one per cent inspiration, ninety-nine per cent perspiration”. Some may wish that the inventors of the Light-Emitting Diode had perspired a little less. While this technology has many benefits Steven Bee AoU sheds light on how it’s led to an overlit nightime environment.

The transformation of urban environments over the past generation as a result of new technology has been spectacular. How we build, use, manage and find out about places are all influenced by advances in materials, construction, connection and efficiency. The temptation to use as many of these goodies at the same time, and all the time, has proved too much for many designers and commissioners of new places over the last 20 years. As a result, the familiar compositions of spaces and skylines in those cities attracting the greatest investment have been interrupted by striking new features that, whether beautiful or not, draw attention to themselves at the expense of their wider context.

This is not a new phenomenon. I dare say the Anglo-Saxon response to Norman Castles was just as sceptical, but that’s not my point. I address here the impact of one area of technology in particular – lighting, and the impact of novelty on two aspects of urban life – the illumination of buildings, and movement after dark.

Activity after dark is an important and distinctive component of urban life. It adds enormously to the vitality of places and has defined the way in which urban culture has evolved. It’s one of the ways in which we can distinguish urban life from non-urban. In most of the places with which we are familiar such activity is increasing, mainly because much of our leisure time is after dark, particularly in winter, and we are able (and encouraged, although the emphasis on the ‘night-time economy’ misses the point) to make more use of this time.

Artificial light is not just essential; it enhances safety, security and amenity. What began with fires in caves advanced through torches and beacons, candles and lanterns, gas mantles and incandescent bulbs to the Light-Emitting Diode (LED). LED technology provides a simple, cheap, reliable, safe and long-life solution to lighting up anything, anywhere, in any colour and to any intensity. We can flood, spot, project, glow, scatter, flash and dazzle whenever and wherever we choose. This begs the question of who actually chooses, and when and where.

The Commission for Dark Skies (CfDS) was established by the British Association of Astronomers in 1989. It achieved a great deal in raising awareness and reducing the general urban glare that obscures the wonder of the night sky. Improvements in the design of public lighting and light sources has made this not only possible but easier and more efficient. The distinction between light places and dark places not only protects our view of the stars but adds a sense of drama, mystery, romance and, of course, danger. The amenity value of dark skies get a mention in the National Planning Policy Framework (para 125), and policies are now established to protect dark sky areas such as National Parks. Ashford Council in Kent has adopted a Supplementary Planning Document providing guidance on light pollution, and there may be others. LED technology has made the replacement of street lights with low energy, directional lighting economic and environmentally responsible. This saves money, improves safety and darkens our sky. (Provided the spectral content is balanced – a colour temperature of 3,000 Kelvin is apparently ideal – and don’t tell anyone but blue light causes brain damage.)

So far so good, but this illuminating facility has such potential that some designers tend to interpret the vast range of opportunities as an obligation to use them all and everywhere. It’s probably the case that, as with wonky buildings mimicking household appliances, we are still learning to live with the bewildering range of possibilities and that the novelty will eventually wear off. 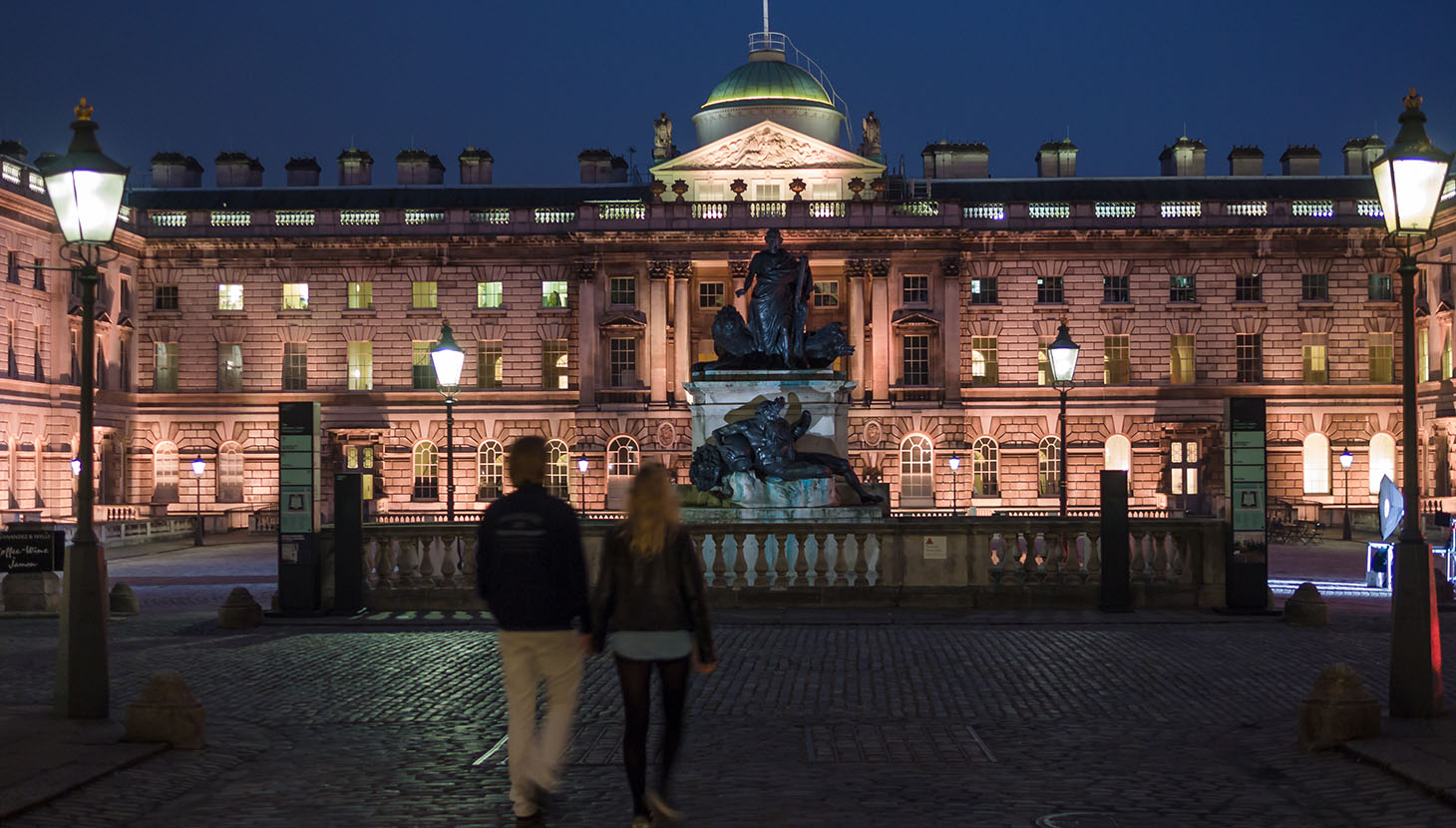 The sooner the better. It may be that in newer cities the excitement of building-scale branding, moving pictures, multi-coloured, multi-storey illumination of buildings is a necessary part of their identity. For example, the night time view of the mega-urban extension of Phu Dong in Shanghai is a riot (not something normally tolerated in the Peoples’ Republic), but the lighting of the historic western-styled Bund, on the opposite bank, is closer to that of the great European cities that the Academy has explored; cities where the highlighting of landmarks, important buildings and spaces is generally more sober and selective; you might say respectful.

Such selectivity is not guaranteed, however. London is one of the places where, too often, novelty outshines respect. Some of its historic features get the illumination they deserve – St Paul’s Cathedral, for example, Somerset House, St Pancras Station – all now lit to display their form and detail to great effect at night. It’s a pity the same can’t be said for some of the capital’s modern icons, such as the South Bank Centre and Royal National Theatre. Here the elegant, robust, well-crafted concrete is flooded in purple, turquoise and sky blue, bloody pink, presumably in an effort to make them popular. (Look to what’s inside, I say.) And the London Eye is now picked out not in the clear light that emphasised the elegance of its engineering, but in the Coca Cola red that belongs in Piccadilly Circus, not opposite the Cradle of Democracy.

Elsewhere attention is drawn to buildings best forgotten, with illumination that tries to justify their existence. The St George Wharf (Vauxhall) Tower is the prime culprit; its clumsy outline picked out in piping of blue-white light as cold and lifeless as its largely vacant interior (remember: 3,000K or your brain fries).

Which prompts me to spotlight another issue. Since the tragic helicopter accident while this building was under construction (sadly it was the building that survived), safety lights on tall structures have become enormous, and everywhere. Like giant luminous cherries they top every building and tower crane above head height, and dominate the great after dark views of London such as those from Waterloo Bridge. There have been complaints from as far away as Pluto. The building site around the Shell Centre is a particularly ridiculous example. Are the pilots let loose in central London’s airspace so myopic that they need such reminders to keep their distance? I can’t find any regulation regarding the intensity of such lights, so where is this apparent obligation coming from?

Now, while my blood’s up, there’s another aspect of night time activity that has fallen victim to this ultra-accessible new technology; Cycling. As a member of the liberal wing of the Pedestrianists, I am willing to accept and welcome members of all urban sects. Some of my best friends … etc.

But many cyclists seem to think that they will be more easily recognised, and respected if they decorate their night time presence with as much illumination as possible. Not only can this be of infinite variation in intensity, but it can flash with any number of intervals and duration, and can be located anywhere on the bicycle from the front forks to the top of the rider’s head. Sorry, helmet. And some of them have two, or three, just in case. And it’s just the same at the rear.

Other road users in the UK have to comply with The Road Vehicles Lighting Regulations 1989. This governs the position, colour, direction and intensity of their lights. Imagine if the drivers of cars, buses, lorries could choose where they fix their lights, whether or not they flash, at what angle and what intensity!

For the urban pedestrian, peripheral vision is essential. When negotiating the variables of a busy street after dark, constant checking at the limit of visual perception enables smooth movement and navigation through streams of people, and fixed and moving objects. A glance to the side can coincide with a flashing cycle lamps off-mode, or be momentarily dazzled by a high intensity lamp fitted at eye level. Either can result in discomfort, disorientation or disaster for the pedestrian.

It was disappointing (i.e. I was disappointed) to see that London’s Santander bikes, already fitted with flashing front and rear lights now project a green (for heaven’s sake) image of a cyclist on the road in front of them. This is supposed to warn other road users (not pedestrians, note) of their presence. I fear it may just further inflate the cycling community’s sense of entitlement to rule the highways.

I was also disappointed to find that the Highway Code (Rule 40) allows cycles to have flashing lights, but recommends steady lights outside built-up areas. This is surely mistaken; if we are all to take advantage of increased mobility and activity after dark, we must surely make it as convenient and safe for all those out after dark to see and be seen. The relationship between pedestrians and cyclists is at least as important as the relationship between cyclists and motor vehicles.

The unity of those using human-powered travel of all kinds would surely be strengthened by greater consistency in the lighting we use. And just to demonstrate that I’m not prejudiced, the same applies to joggers (cyclists without wheels) other pedestrians, and dog walkers who feel that their high-vis clothing and their pets have to be supplemented with fairy lights.