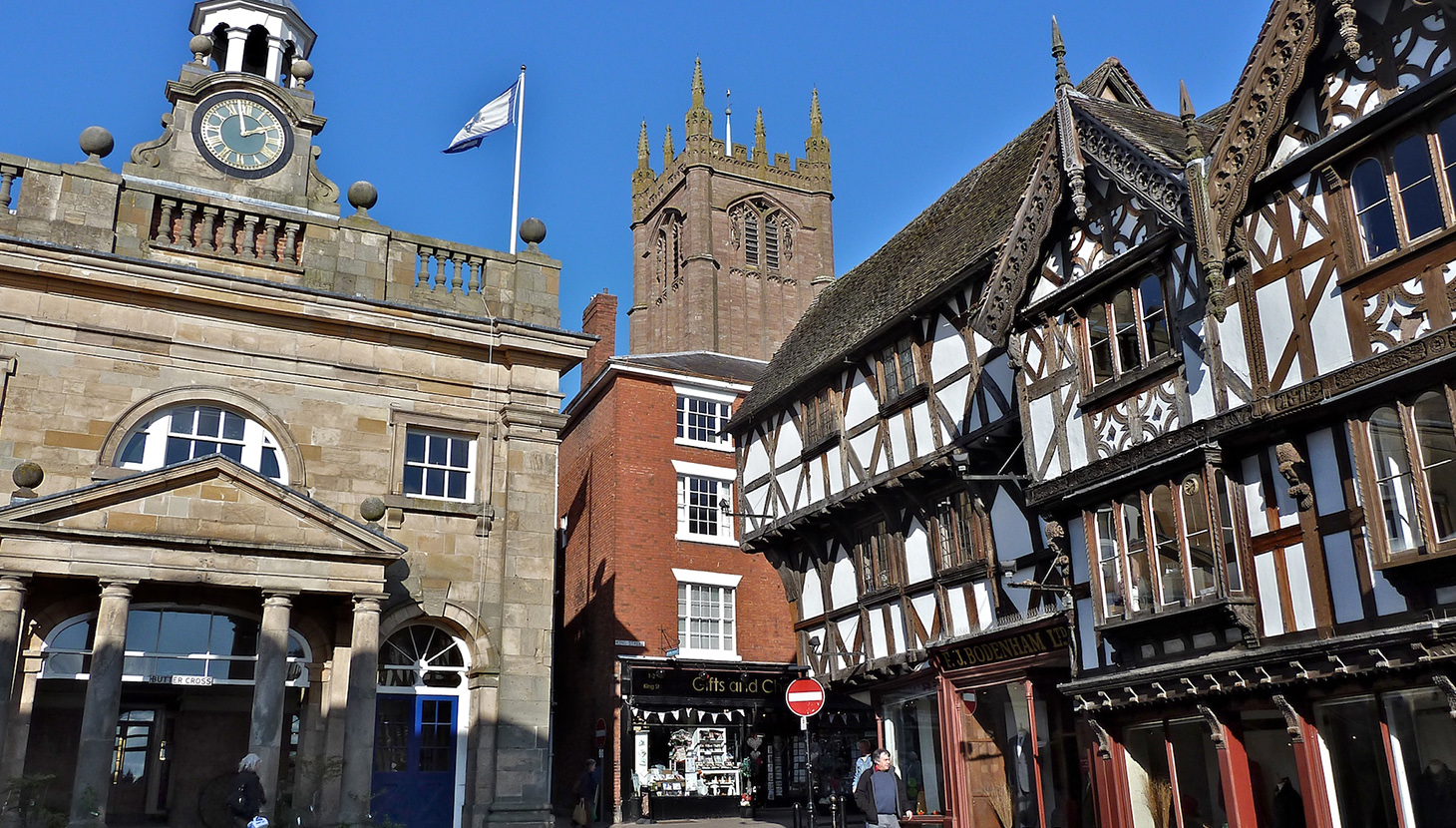 Ludlow is almost too good to be true, a perfectly preserved town full of traditional independent businesses and run by an engaged and committed community. Ten years ago we were told that the town was tatty and run down – it had only preserved its extraordinary collection of buildings because there was no demand for redevelopment. Since that time the town has been transformed, it is now lively, the shops are thriving and investment has seen many of the buildings sympathetically refurbished.

Ludlow has a population of around 10,000 people and therefore has a very different attitude to Lincoln, which is nearly ten times the size. People born and brought up in the town probably went to the same secondary school and probably do therefore know each other regardless of status. This is reflected in a willingness o get involved in running the town through the Town Council and local trusts which proliferate in the town. This community has however been supplemented, as is the case with many beautiful towns, by incomers attracted by the environment and the quality of life that Ludlow offers. These incomers are a powerful bunch. Bringing with them resources as well as formidable professional expertise and organisational ability. This is a powerful resource when mixed with the commitment of the long-term community who seem to have accepted these incomers. When something needs fixing in Ludlow, be it the town walls, their weirs on the river or anti-social behaviour in the church yard, a trust is formed at a public meeting and people get on with raising money (over £1 million in the case of the weirs). This can-do attitude is what has turned Ludlow around.

The incomers also bring spending to the local shops, get involved in cultural and community groups and organise events such as the Food Festival. This influx of affluent people has positive and negative aspects. It has pushed up house prices beyond the reach of many local people and taken Ludlow up-market, making it more middle-class with a focus on quality of service and quality of life.

This does not however appear to have created tensions and the town centre has avoided the artificiality of chic boutiques and wine bars often associated with this type of gentrification. The embodiment of this approach is the Slow Food campaign and the Cittaslow movement.

It is no coincidence that Ludlow is the first Slow City in the UK and as such has become the UK HQ for the movement. The Cittaslow movement shares many of the same principles as The Academy of Urbanism and by focusing on traditional ways of life, service and food manages to unite local communities, traditional shops and businesses with incomers attracted by the way of life that it represents.