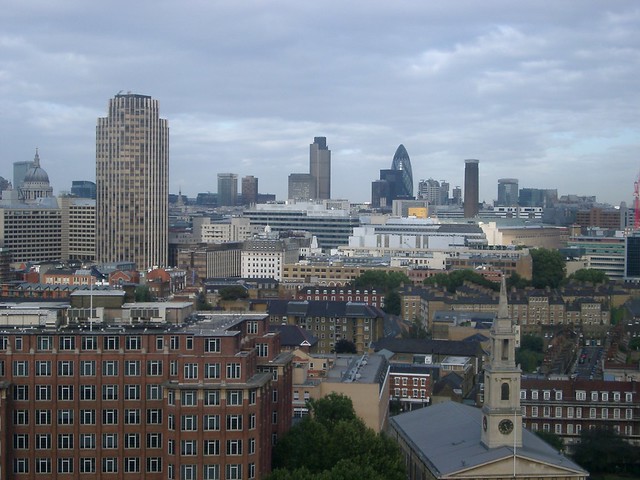 London represents a challenging candidate for the Academy’s City Award.

The Assessment Panel was provided with evidence of the many good things that are being done to manage the growth and transformation of London ranging from local to citywide initiatives.  The sheer scale and complexity of the task is daunting and while good progress is being made there is undoubtedly a long way to go to achieve the right balance between economic, physical and social needs of a world city.

It is very difficult by definition to find a collective vision in a city of the scale and diversity of London. While this has been assisted by some degree by the creation of the London Plan there remain significant challenges in delivering joined up thinking across central, city-wide and borough levels. Considerable progress has been made in promoting partnership working at both strategic and local scales with effective engagement between public and private sectors.

Efforts are being made to address real deficiencies in London’s public realm. This include ‘bottom up’ initiatives such as the Central London BIDS, the work of Camden and Westminster and more recently the GLA’s 100 spaces programme. Design and decision-making processes seek to engage with local communities and interest groups who are often vociferous in their engagement. However how far these initiatives engage with local, often transient communities is unclear.

The role of the private sector as landowner and developer is of growing importance, as greater emphasis is placed on quality of design in response to rising public expectations. As a general rule local interest groups are more actively engaged in the planning process than elsewhere – but this involvement can be negative in approach. There is a worrying disengagement by Central Government in the development and use of land, buildings and public spaces despite their role as a major stakeholder.

London by its very nature is an extraordinarily diverse city – socially, culturally and physically. This makes it hard to establish what makes for local character and distinctiveness in the London context.  The river is a thread which runs through much of the city, and provides the setting for iconic buildings.  Different areas have different character and while there have been some notable successes in addressing problem areas there are many parts of the city which remain car dominated, and poorly managed and uncared for. There is much to do and the Olympics are a great spur to action.

The enormous diversity of London and its sheer scale gives rise to a varied and in some respects diffuse approach to design and the animation of public spaces. From Brixton to Soho different ethnic and cultural influences may be observed alongside historical tradition and pageantry.

There is a growing awareness of the design and urban agenda evident in the approach now being adopted in the planning and delivery of new schemes. This is typified by the approach at Kings Cross and in the ongoing development and management of the landed estates across Central London. However there remain enormous pressures for development that need to be mediated.

London offers areas of strength and weakness to its many users.

It is a hugely successful city in attracting labour and visitors from across the globe. Young people are drawn to the city by education and employment opportunities at all levels. Tourists visit to experience the enormous richness of history and cultural mix on offer. However the city is much less appealing to people with families and the elderly who often desert London for the suburbs and more distant locations.  This is in part a reflection of the cost and mix of housing, but also a commentary on the quality of life on offer.

London possesses a range of superlative streets and places that are the focus of pedestrian activity.  However much of the city remains dominated and degraded by traffic which despite the benefits of the congestion charge still prevents an effective pedestrian network. This is particularly the case in the suburbs.  The problem has been diagnosed and pilot schemes drawn up and implemented. However London remains a very long way from being a truly pedestrian friendly city.

As the most surveilled city in the world (based on the installation of CCTV) London does not appear to believe that the urban environment can promote civilised and responsible behaviour. Increasingly however a more continental/café culture is developing across parts of the city.

The City possesses world-class parks and gardens and a network of green spaces of differing characters, which are protected by policy. However some of the poorer parts of London suffer from both a quantitative and qualitative deficiency of open space.  Increasingly the voluntary sector is playing a key role in the development and management of London’s habitats that support a rich range of flora and fauna.

From the attraction of international investment to the encouragement of small enterprises London offers a hugely supportive environment for business development, growth and investment.

However there are striking differences in social and economic opportunity across London.  The City contains both the poorest and the wealthiest parts of the UK. This poses a considerable challenge for urban policy and involves a wide range of agencies.

Historically London has been very poor at delivering the necessary infrastructure and public realm investment that is needed. There are signs that this may be changing with the imperative of 2012.

However increasingly the city is spawning partnerships focused upon addressing problems and seizing the opportunity for the creation of a much more attractive public realm.

Considerable efforts are now being made to promote environmental sustainability and social cohesion. While the ‘green’ agenda is being actively pursued, London comes from a long way behind. Social cohesion also presents a real challenge give the very wide range of ethnic/cultural groups. The size of the chasm in wealth and opportunity is huge and while policy seeks to close the gap, the evidence suggests that it continues to widen.

The River Thames is the strong physical feature in London. It both divides and unifies. Elsewhere London responds to its topography to some degree although this is somewhat lost in the scale of its urban mass.

London success is a testament to its ability to adapt and change.  It preserves its heritage but is capable of accommodating new buildings.  More attention is now being given to the city’s public spaces with property owners and developers increasingly recognising their importance.

London’s public transport system is well patronised and is a viable alternative to the use of the car. While there is now a much greater requirement for the use of renewable energy sources in new development there is a huge challenge for energy conservation and waste reduction.

London remains a city where streets have been given over to the car. While this is now being recognised and progress is being made London remains for the most part a pedestrian unfriendly city with poor connectivity.  There are areas to celebrate but unfortunately they are not well joined up!

London offers a real choice of modes of transport and walking and cycling networks are being developed. However the challenge is to reclaim more of the street for walking and riding.

Central London apart where there is clear functionality of use, the remainder of the city have developed organically around local communities. Most Londoners relate more to these areas for their day-to-day needs.  In many respects these are the areas of the city that pose the greatest challenge for urbanists.