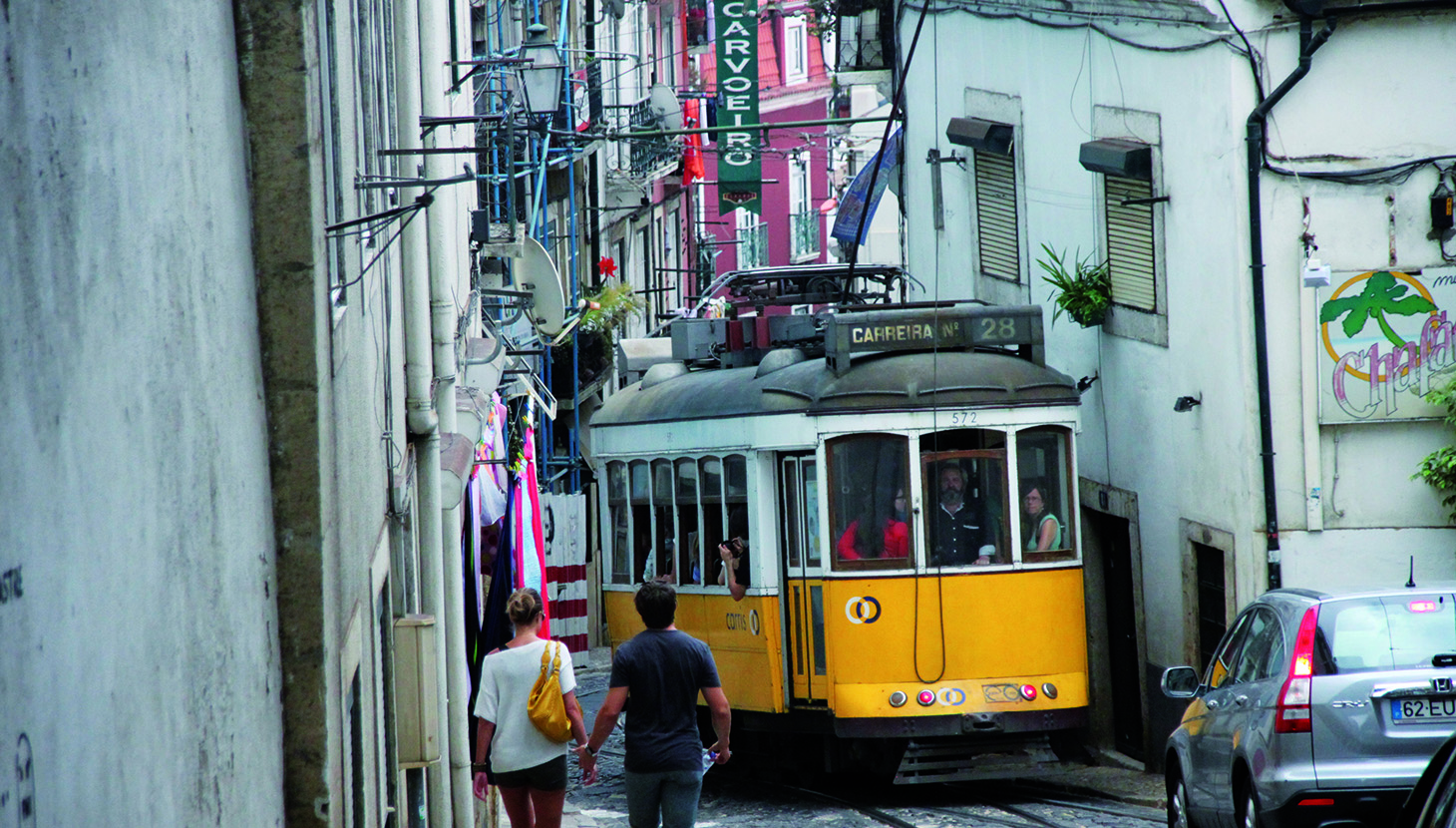 Each year, the Academy goes in search of a suitable recipient for its by-now prestigious European City of the Year Award, seeking out places that are really leading the way, dreaming up and implementing inspiring and effective strategies, visions and policies that in turn generate greater wellbeing and prosperity for their inhabitant and visitors.

A team of Assessors makes a comprehensive threeday visit, meeting with leaders, locals and politicians, and tries to make sense of what they learn in their assessment reports. Our new Journal provides an ideal opportunity for me to share with other Academicians the tremendously insightful experience of being an Assessor to Lisbon, and to set down some of what I learned in the process.

On culture and sense of place…
Lisbon provides a unique setting for the expression of Portuguese culture. This comprises many influences, reflecting the city’s ability to draw on Atlantic and Mediterranean traditions as well as its links to Brazil and Africa. The quality of the built environment that ranges from national monuments to areas dominated by flyposting and graffiti speaks of a vibrant and living urban culture. This is reflected in the living folk tradition of ‘fado’, street art and events. Lisbon is a city for living in and enjoying. This extends to the Parque das Nacoes which provides a successful example of a contaminated industrial area transformed through a World Expo to a successful new city district that reflects modern Lisbon. The expression of local culture may be seen in the public realm through the squares which are paved with the unique ‘calacada Portuguesa’ – the limestone mosaic pavements, the historic (and modern) trams, and the tree lined walkways along the main boulevards. As a capital city with a strong Catholic tradition, Lisbon possesses an outstanding range of public buildings, art and historical collections. However it is from ‘fado’, street art and an active programme of events including football (Benfica and Sporting Lisbon), that the city derives much of its character and vibrancy.

Lisbon and its neighbourhoods therefore impart a strong sense of place and while the visitor is struck by the profusion of bill posters and graffiti on many surfaces, the main public spaces and buildings are evidently a source of pride and respect. This is not an antiseptic place – but a living and breathing organism of a city. 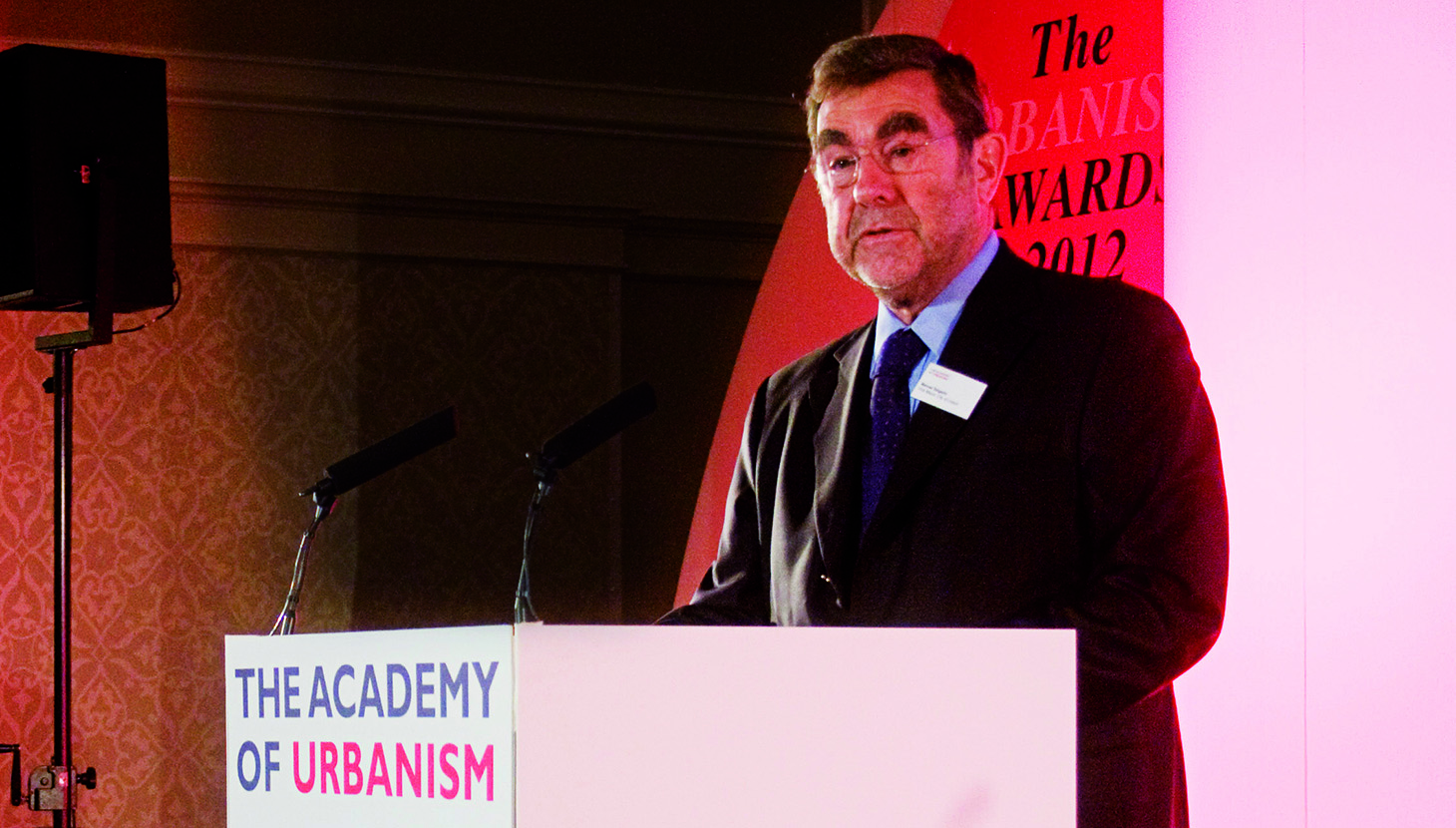 On quality of life…
Lisbon has a reputation as an open and welcoming city to immigrants, students, tourists and businesses. While there has been significant growth of employment on the edge of the city as a result of the accessibility provided by new motorways, Lisbon remains a key employment hub. For example the Parque das Nacaos development has attracted a range of international businesses. The port of Lisbon remains a key component of the city’s economy both in relation to goods and cruise liners. The established neighbourhoods across the city accommodate a broad cross section of ages. Family ties and the support offered by local charities mean that older people remain and are cared for within their communities. The key challenge for young people under current economic circumstances is to find employment locally. It is reported that a great many are having to leave Portugal altogether to develop their careers. Lisbon has been recognised by the UN as the safest capital city in Europe – indeed Portugal was ranked as the 13th safest country in the world (Global Peace Index). While this is in large part due to social stability and prevailing values, the character of the urban environment, which promotes activity well into the evening, encourages civilised and responsible behaviour. This is a city that for the most part feels safe and welcoming.

On the urban economy…
The current economic context poses considerable challenges for the city of Lisbon. Portugal has to implement a series of stringent austerity measures as a result of financial support from the International Monetary Fund (IMF) and European Union (EU). This has put on hold a number of major projects such as the relocation of the City’s airport. However, Lisbon remains the commercial hub of both the country and the region and therefore has a vital role to play in the economy of one of Western Europe’s less wealthy countries. This situation reflects the country’s relative peripherality and its dependence on relatively low-value economic sectors. And yet Lisbon is leading the way in economic restructuring. While the port remains an important element in the city’s economy and emphasises Lisbon’s role as an Atlantic hub, the redevelopment of former port and industrial land is a key component in the transformation of the city. This is reflected in the new business district at the Parque das Nacoes. In the current difficult economic circumstances there is evidence of growing levels of entrepreneurship borne out of necessity as much as choice.

On change management…
Lisbon is a city that has endured for more than two millennia. Over time it has faced enormous physical, economic and political challenges: ravaged by an earthquake in the mid 18th Century it rebuilt its heart to created the outstanding Baixa central city district; in the post colonial, post authoritarian era it has evolved into an outward facing cosmopolitan city; heavy industrial blight has been transformed to an attractive destination and vibrant city district through a World Expo; and today, faced by enormous economic challenges, Lisbon is seeking to evolve innovative ways of working with communities across the City.

Under the leadership of its Mayor and Executive Council, Lisbon has undertaken a fundamental review of its future direction and modus operandi. It aims to reinforce its role as capital of Portugal and regional centre based on being a ‘city of neighbourhoods’. This involves administrative reform with the devolution of power to newly strengthened local councils. New ways of working are being developed including allows local people to have a much greater involvement in the development and management of the city.

The early results from this process provide a model that could be followed by other European city governments seeking to re-engage with their communities.