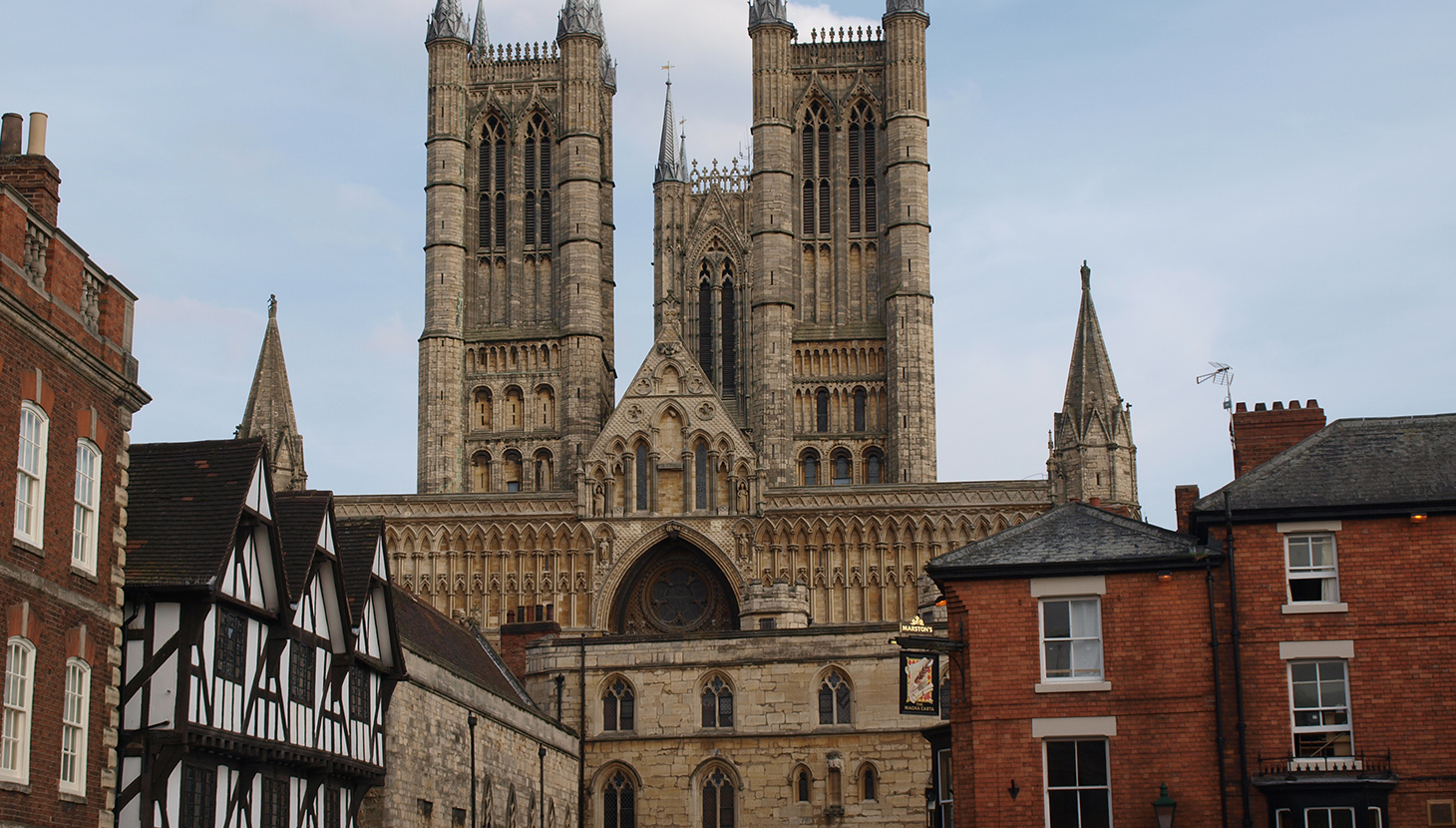 The slogan coined for Lincoln’s 2020 vision was ‘One of the world’s great small cities’. It therefore could be seen as miss-categorised in the great town’s section of the awards. Indeed it is difficult t compare Ludlow and St Ives that are 10 times smaller. Lincoln has city problems, congestion, unsympathetic developments from the 60s and 70s and economic decline. However when talking to the Mayor and hearing about Lincoln’s 2,000 years of history and tradition it is not so different to the smaller towns.

There is a strong tradition of civic involvement and partnership with the town’s movers and shakers all knowing each other and sitting on the town’s partnerships which is how anything gets done. These are town rather than city characteristics and Lincoln could reasonably claim to have the best of both worlds; the buzz of a city and the intimacy and fellowship of a town. In physical terms Lincoln is a town of two halves. The old city is fantastic and dates back to Roman times (much older than Ludlow and St Ives). It retains one of its Roman gates and still has the character of a historic citadel standing on an escarpment. The public space at the top of the hill between the castle and the Cathedral is one of the great spaces in England.

There is however another Lincoln outside the city gates. This was the Victorian Lincoln that has been knocked about by post war planners and now looks like many British cities, dominated by unsympathetic buildings, ring roads and out of town shopping. This is the area where the greatest transformation is taking place particularly through the development of the new university but also through contemporary buildings such as the new arts centre in a former drill hall.

Lincoln has traditionally been a poor town and until recently was rather shabby and run down. Like many towns it has been seeking to reinvent itself and has made considerable progress in consolidating its tourist economy and extending its season with campaigns based on quality food and its Christmas Market, which is the largest in Europe.

However the key to its regeneration is the new university – formerly the University of Humberside that was attracted from Hull to Lincoln which now feels more like it has always had a university. The university has built a new college and will soon have 10,000 students and completely transforming the economy and vitality of the town centre. Lincoln is therefore an excellent example of a traditional town that is reinventing itself successfully for the 21st century.

It is preserving the old and is a leader in its field with regard to conservation and archaeology. However its new buildings are bold and contemporary and its economic development is looking to the future not the past. It is indeed one of the world’s great small cities and a worthy contender for the Academy of Urbanism’s Great Town Award.