Former Academy Director Sarah Chaplin interviewed all three European City of the Year finalists when they presented in London on the eve of the Awards.

Listening to representatives from the three finalists in the Academy’s European City of the Year category share their insights made me realise how a place can undergo fundamental change and yet still retain its core identity in the process. What was also clear from the three presentations was how the speed of change can vary enormously and the political and economic effects of any intervention can be very challenging in terms of securing a desired outcome. But the thing that can hold a successful place together derives from the implicit respect shown by the change-makers for the DNA-like specificity of the place to begin with.

Kristiaan Borret, Antwerp’s stadsbouwmeester (city architect) spoke passionately and convincingly about the benefits of ‘slow urbanism’ of which he has become aware during his involvement with the gradual transformation of Belgium’s second city; from somewhere steeped in its Flemish history as a strategic – but divided – river port and a global diamond trade centre, to a burgeoning new European hub for the creative industries. He describes Antwerp’s situation within the region as ‘a point of intensity’ straddling a river, with many post-industrial voids that needed to be addressed as part of its urban renewal and social restructuring.

Their approach may have been ‘slow’, but it was also bold: the city bought a former garage site in a completely no-go area and built a new library there, hoping to change people’s habits and associations with that part of town through re-assigning its usage. It worked. The former Sailors’ Quarter, with its proliferation of malafide businesses, also became safer and fairer with the introduction of a new health centre being located just where it was most needed – close to where the prostitutes continue to ply their trade.

Part of the slowness was deliberate, but another influencing factor was the typically fragmented nature of land ownership in Belgium, making it hard to assemble large parcels of land for public projects. The city’s Vespa Housing project tackled this issue, alongside making available the kinds of dwellings that the private market is not interested in providing – a creative filling of both a commercial void and a physical place void. Borret described the confluence of political will that initiated this: a desire to provide high quality urban development and effective instruments to deliver it. Either tactic on its own is not enough to constitute a recipe for success.

At heart an academic as well as a practicing urbanist, Borret’s underlying research question in bringing these projects to fruition was typological: to explore the variants on the urban block more fully, in order to understand better the operational and programmatic qualities of contemporary urban tissue. Conducting this experiment slowly has meant that the usual economic peaks and troughs are less apparent; that is to say their impact is reduced, allowing longer term needs to be met. But the most important achievement was a different kind of long game: to change perceptions within Flanders, which has had a strong anti-urban tradition, so that people started to embrace the notion of urban living, and in so doing rejuvenate the social and cultural life of Anwerp. Borret revealed how an unexpected by-product of this was to forge a community that is now much more engaged with urban planning. People are out there defending their new urban neighbourhoods, holding referenda and articulating their concerns. As far as Borret is concerned, more protest means better places, and is the clearest evidence yet that their slogan – ‘The City Belongs to Everyone’ – is really working.

Under a similar rubric, ‘Die Stadt Gehört Allen’, Andreas Kellner, the vice president of Hamburg’s planning department, told a different story of post-industrial rejuvenation and engagement. As a city-state, Hamburg has pursued a self-determining agenda, aiming to overhaul its raison d’être after containerisation took away its former economic mainstay. The approach was to engage with the redundant dockland waterfront as a positive, starting from both ends as an urbanist: that is to say, considering simultaneously the massive scale of the potential project and also the small-scale day-to-day requirements of the various actors involved. HafenCity is now a central part of Hamburg’s overall identity, even more populous than it was at the beginning of the nineteenth century when 20,000 people lived there before an earlier port redevelopment phase. 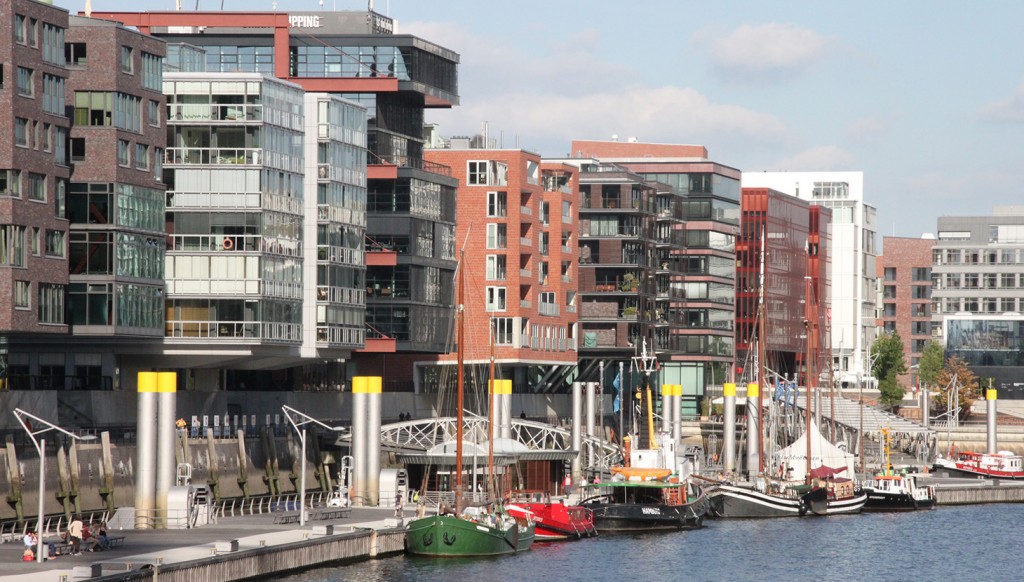 The transition from a neglected wasteland to a fully-functioning and integrated neighbourhood has been fairly rapid, but it was not without its challenges, not least a grassroots conference on the future of Wilhelmsberg which could have thrown a spanner into the works, but has in fact been turned to the city’s advantage. What the conference did was awaken motivation and produce an appetite and conviction for a new approach, which culminated in 2005 in a new-style, senate-approved Framework Plan. This was as ambitious as it was unequivocal in its intent: improve the local situation for people with an innovative, portable – even exportable – approach to mixed-use development that would turn the tables of fortune for the city quite fundamentally.

On the face of it, things have worked extremely well, but behind the scenes it has also demanded the emergence of a whole gamut of trust and collaboration between the various actors, not least to overcome differences of opinion. Whilst Kellner admitted this has produced a certain amount of consultation fatigue, the net result is a city that is now more than capable of taking democratic and politically robust decisions about place-making.

Lyon faced similar political and physical challenges, as François Bregnac, the interim director of the city’s Urbanism Agency, described. Built on the confluence of the Saône and the Rhône, the core of the city occupies an enviable location, but this was regrettably marred in the 1960s when the autoroute ploughed through the middle of the city, cutting it off from much of its river frontage as well as carving up neighbourhoods. Simultaneously, and failing to take their cue from Tony Garnier’s integrated modernist estates that still remain popular today, a string of high-rise mega-structures set amid green plains rose up in the banlieues surrounding Lyon; in theory a bold planning idea but in reality a living nightmare. Repairing this kind of urban damage required more than just a technical solution, and certainly more than a bunch of public realm improvements. Lyon took its cues early on from Barcelona in this respect, devising an almost spiritual approach to its urban transformation, starting with its Plan Lumière. 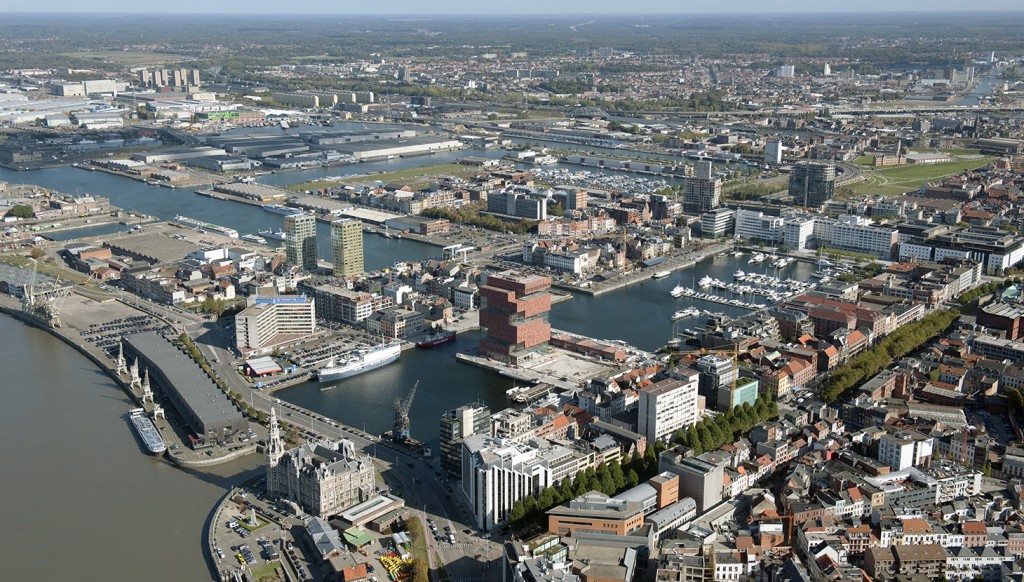 The introduction of an annual festival of sound and light was a key part of achieving what Bregnac calls ‘the re-bewitched city’. Evacuating 2,000 car parking spaces, bringing dance to the streets, opening up 5km of river pathways, and planting green lanes all over the city were other important moves on the part of the Urbanism Agency. Instead of large parcels of land assigned as urban parks, which was seen as a 19th century approach, nature was brought intentionally right through the city, in an attempt to reconnect the city centre with its suburbs, making the passage from one to the other easier and more fluid.

Bregnac made the process of urban change sound deceptively easy: it’s simply a case of joining up the strategy to the plan to a sequence of projects. But he also was quick to point out this is not in any way a linear process – you have to identify projects to implement at the same time as formulating the strategy, and it generally takes 25 years before it all happens. There was a hint of frustration in Bregnac’s refreshingly honest account of his experience at the helm, as he wondered aloud if they could have been more open to innovation where their heritage was concerned and a little less enamoured of Italian urban precedent.

But Bregnac was also thrilled with the effects of bottom-up thinking in the city, which has helped establish it as something of an urban living pioneer, citing proudly that Boris Johnson stole the idea of the urban bike scheme from Lyon; this French regional capital is much further down the line towards becoming a car-free zone than London. There is still much more to be done to reconnect the suburbs to the city centre, but attitudes have shifted and it now seems possible to dream a new dream of a Garden City Lyon that goes way beyond Garnier’s modernist vision, showing us how to fashion a leisurely and liveable Garden City for the people.