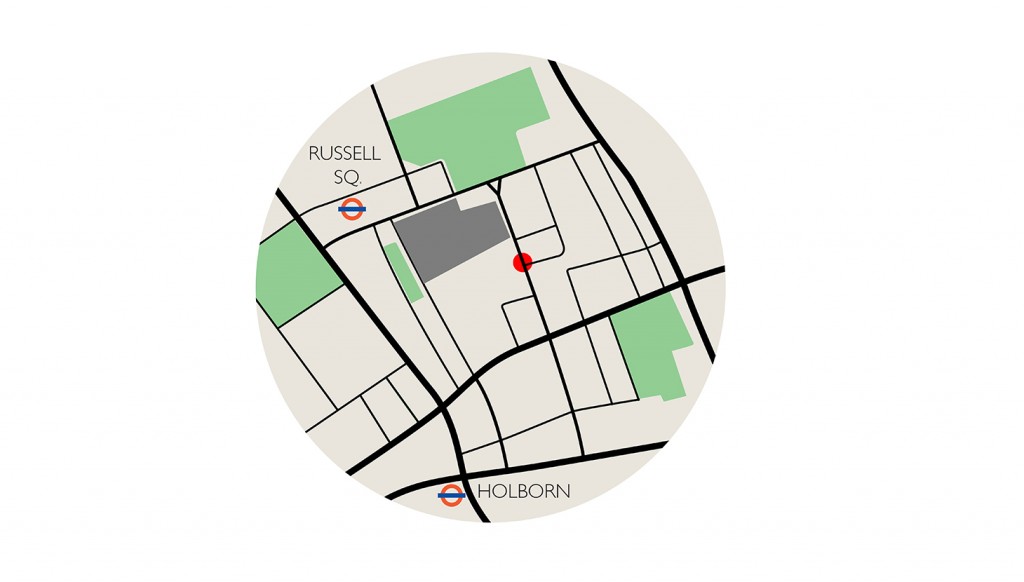 When style brand Monocle launched a global search for “a cluster of small creative retailers on one city street” Lamb’s Conduit Street emerged top of the pile. Intense asset management and a very proactive landlord were key to this success. However, Lamb’s Conduit Street in Bloomsbury, London is more than just a trendy ‘must-go-to’ place. Here & Now (H&N) talked to Andrew Glover, partner at Farebrother, the chartered surveyors responsible for managing a portfolio of buildings in Lamb’s Conduit Street, to find out the secrets of this successful example of stewardship, and to learn what lessons there may be for other high streets.

Its collection of small scale independent retailers has set Lamb’s Conduit Street apart from most other high streets for several years. What sort of different thinking is needed to choreograph this especially when the urge to increase rents is so strong and it might be easier to play safe?

A good example came from an opportunity presented to us 18 months ago. After getting a mixed reception from residents, other cafés and restaurants in the Bloomsbury street, an American coffee giant exited its lease leaving 70 Lamb’s Conduit Street empty in the run-up to Christmas in Autumn 2012.

This left our team at Farebrother with a tricky problem in the build-up to the busiest retail period of the year. Did we play safe and fill the unit with one of the many every day retailers who would now love a prime pitch on Lamb’s Conduit Street? Or should we gamble by taking a different approach? We are lucky in asset managing a significant proportion of Lamb’s Conduit Street for a client who sees the property as a long term investment in the future of the street. This dictates that we take a long term approach to asset management, ensuring a mix of tenants that help values to steadily rise and maximise occupation of both the commercial and residential elements of the street over that period. So, at 70 Lamb’s Conduit Street we decided to organise a pop-up shop competition to win its use – rent-free – from 5 December 2012 until 2 January 2013. We organised it with support from many of the Lamb’s Conduit Street retailers such as Darkroom, Cube, Oliver Spencer, Folk, Maggie Owen and Ben Pentreath.

Of the 90 plus entries, the proposal that caught our eye wasn’t one of the chains interested in capitalising on this excellent pitch, nor one of the student groups that we couldn’t be sure would staff the shop consistently over the Christmas period, but one from an ex-Vogue Editor, Abigail Chisman, with a brilliant and vibrant idea to open a Designer Jumble Sale. Abigail’s idea was to sell catwalk cast-offs at up to 90% less than their original value and to donate some of her profits to charity which also appealed to the ethos of the owners, and so successful was her tenure that we asked her to stay until the end of January because our over-riding principle was to enhance the street and to improve footfall at this crucial time for all. 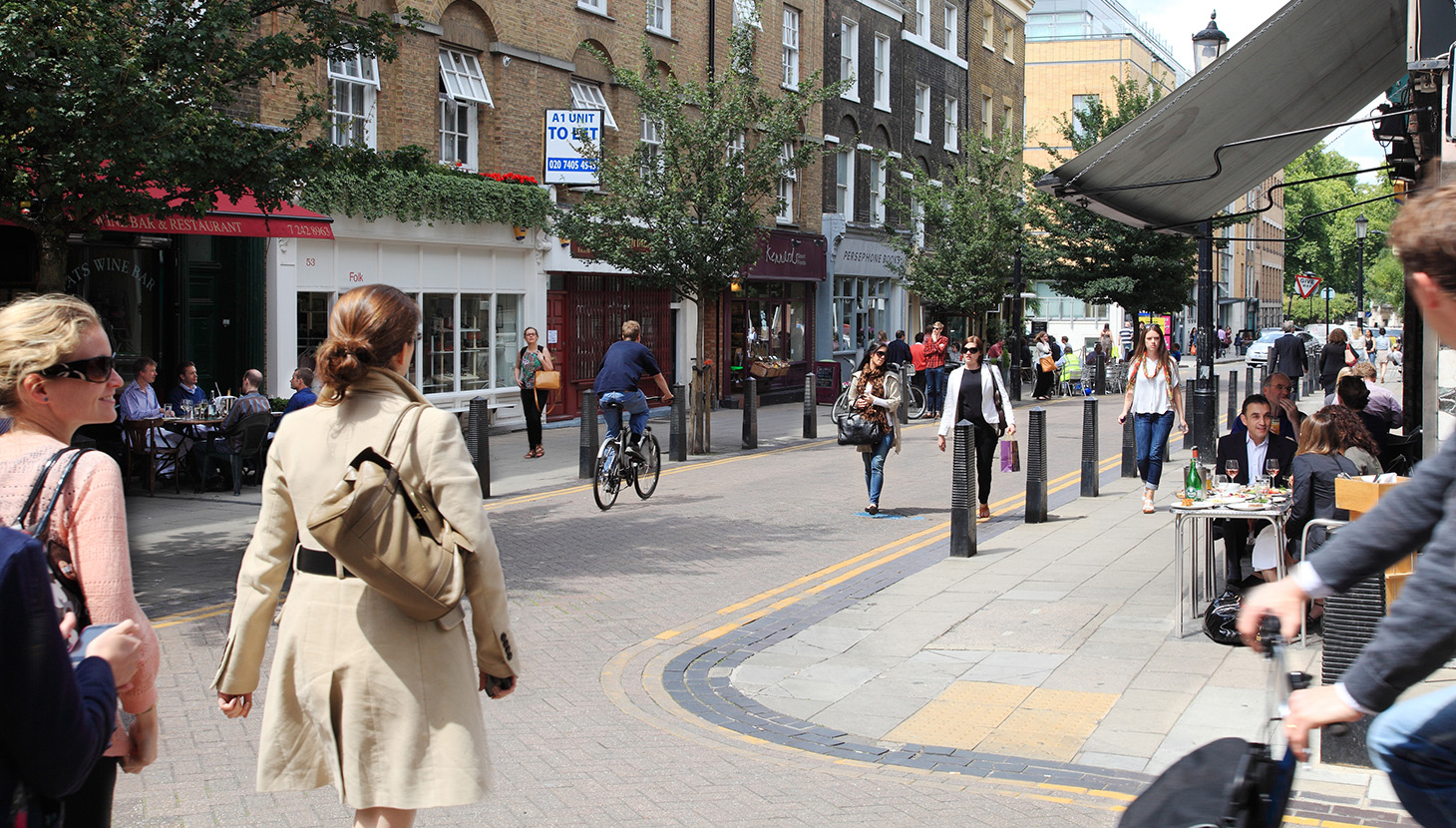 H&N:
You found an interesting way to resolve an immediate problem that was far from ‘off the peg’, but what is the key to managing a high street like this in the long term?

AG:
Wind back five or 10 years and the mood on Lamb’s Conduit Street was very different indeed. The retail offer was poor, there were vacant units, low footfall, stagnant rents and low tenant engagement across the board. But working closely with the client, we went back to the drawing board, determined to improve the retail offer in a sustainable way, attracting independents with their owners behind the counter, encourage trader groups and foster creative use of public space.The key to re-inventing Lamb’s Conduit Street – just to the north of the A401 Theobald’s Road – was the retailers themselves. We were convinced that Central London’s retail was too concentrated on a few core streets in the West End, and figured that if we could attract the best up-and-coming prospects we could create a new, different destination at Lamb’s Conduit Street.

“The letting policy focuses more on occupation than pushing the rent beyond what is sustainable.”

A good place to start was Cockpit Arts, an award-winning social enterprise and the UK’s only business incubator for designer-makers. Cockpit Arts Holborn [it’s other arm is in south-east London’s Deptford] is around the corner from Lamb’s Conduit Street in Northington Street and houses 165 designer-makers. Among these was Thornback & Peel, which creates beautiful, screen-printed pieces ranging from furnishings to wallpaper for the home. Also graduating from Cockpit Arts to a shop on Lamb’s Conduit Street was Susannah Hunter, whose leather handbags are used by Uma Thurman, Helena Christensen and Nicole Kidman. 52 Lamb’s Conduit Street is occupied by Darkroom, which sells designer jewellery, bags, wallets and accessories, and has been described by The Guardian as “a geometric palace full of exquisite modern craft”.In fact, the newspaper went on to say that Lamb’s Conduit Street is “as civilised as shopping gets in the capital.” For us, “civilised” can’t just mean designer goods. We have also leased number 70 to Ryman because other tenants need to buy stationary and to pick up parcels [Ryman will be adding a post office counter] without trailing into the Midtown maelstrom of High Holborn.

The icing on the cake came in October 2013 when seminal US retailer J Crew opened its first European men’s only store on Lamb’s Conduit Street. GQ magazine said it had been “counting down the days” for J Crew to open alongside cutting edge independents like Thornback & Peel and Darkroom. Again, it simply added to the mix.

H&N:
Is there a danger of focusing on retail? Doesn’t a high street need more than retail to be a vibrant place?

AG:
But Lamb’s Conduit Street isn’t just about retail: it’s a place where people live, work and play. The letting policy focuses more on occupation than pushing the rent beyond what is sustainable. The last thing we want is for the street to lose its soul because the people who make the street what it is can no longer afford to be there. We knew we were succeeding when in August 2009 local entrepreneur and designer Ben Pentreath decided to hold a cinema night on adjoining Rugby Street. Closing off the street and inviting the local community to a showing of French romantic comedy Amélie was a tremendous success.

What was also gratifying was that local traders Vats Wine Bar and Cigala chipped in with free coffees, Green & Blacks donated ice creams and French’s Dairy also helped out, simply in the cause of adding to the community feel. As well as pubs and cafés, Lamb’s Conduit Street is home to a doctor’s surgery and an undertaker.

H&N:
Is there a wider significance to the success of Lamb’s Conduit Street? Can 180 office, retail and residential units in the heart of Bloomsbury be a template for the revival of beleaguered high streets across the UK?

“The layout of Lamb’s Conduit Street isn’t particularly user-friendly. Our dream scenario is Le Touquet-style shared space, where people can enjoy a coffee on the pavements”

The fact that its owners are committed to the long term and not just trading assets on short-term business plans ensures a more gradual approach can be adopted for the street’s growth. The mix is also crucial, and Lamb’s Conduit Street does provide a good example of how even in Central London residential, retail and leisure uses can co-exist cheek by jowl. Many of our tenants do not own a car, and to have a range of uses and amenities on their doorstep is just the sustainable environment they need. There is no reason, then, for other high streets not to re-invent themselves along Lamb’s Conduit Street’s lines – although there is also certainly an argument for a co-ordinating role such as that played by Farebrother or some of the area’s Business Improvement Districts.

H&N:
So, what is next for Lamb’s Conduit Street?

AG:
Having worked with the landlord to change the tone, atmosphere and mix we want to make even more of what we’ve got. The layout of Lamb’s Conduit Street isn’t particularly user-friendly. Our dream scenario is Le Touquet-style shared space, where people can enjoy a coffee on the pavements, others can walk down the street and cars are not completely eliminated. In the summer we want to see tables out on the pavement, maintaining the vibrancy and buzz shoppers enjoy inside the street’s stores.

We are also debating weekend use of Lamb’s Conduit Street. Without in any way detracting from its charm we want to make it better known as a destination, and in particular to attract more people on a Saturday. Sunday is a difficult question – and is an obstacle to mixed use as a concept for high streets across the UK. Our gut feel is that Lamb’s Conduit Street’s residents like the peace and quiet that comes with its shops being closed on a Sunday, even if its bars and pubs are lively every day. We are also always on the lookout for opportunities to regenerate tired and under-used buildings that might fall vacant on Lamb’s Conduit Street. No one likes an eyesore, and with the landlord always on the lookout for the potential for improvement we can’t afford to stand still.

It’s important for us to keep a close eye on what residents and tenants want from Lamb’s Conduit Street, and to that end we work closely with all stakeholders on PR initiatives, public realm improvements and events.

Andrew Glover is partner at Farebrother