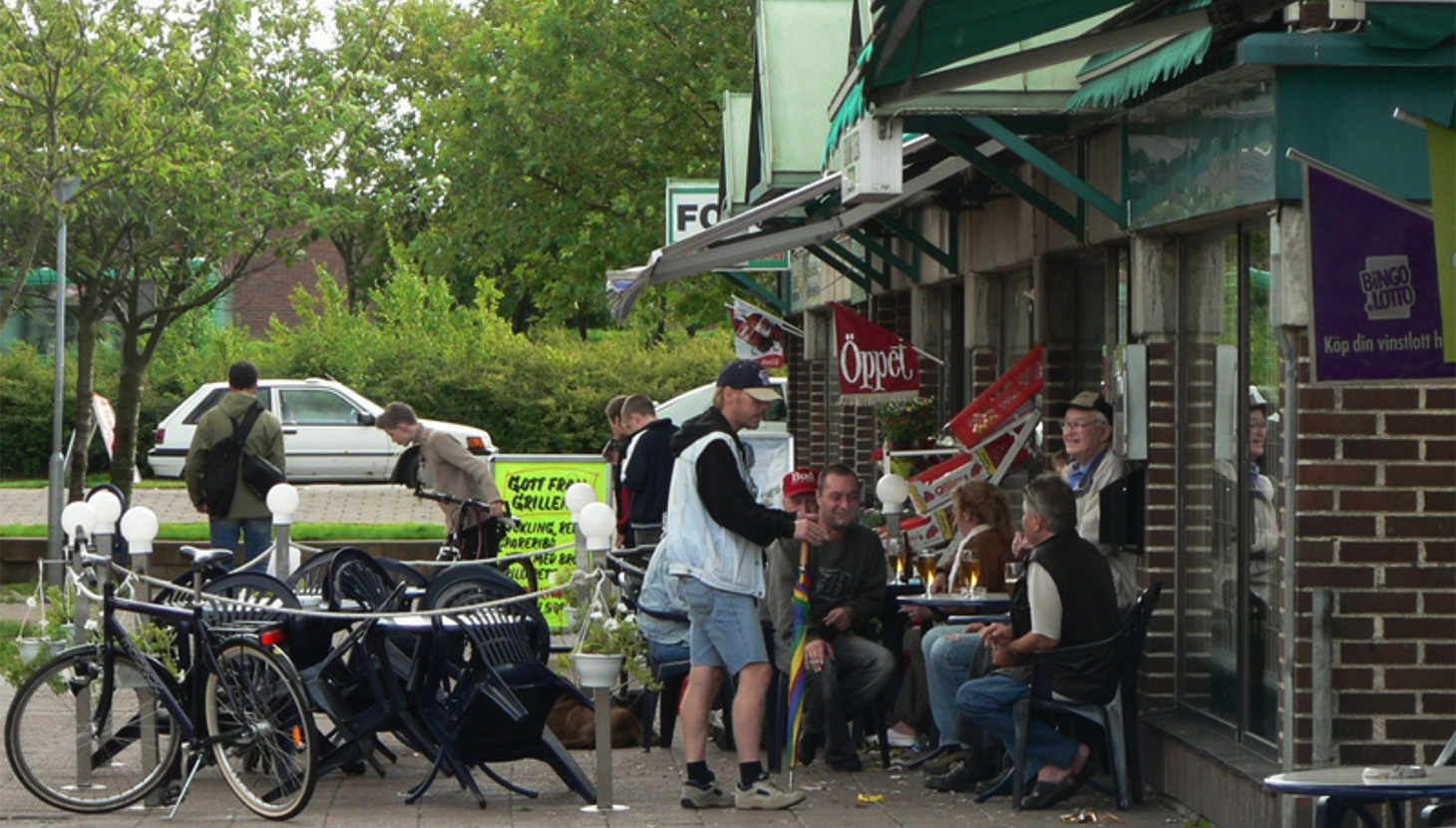 Malmö is not alone in having areas of social deprivation on its periphery. Nicola Bacon AoU and Bjarne Stenquist show how with innovative thinking an area of the city can be revived and provide a model approach for many other cities.

Malmö is renowned internationally as an exemplar of environmental sustainability and a centre of innovation on green technologies. The Western Harbour development is the focus of study tours for planners and urbanists from Europe and North America. But the city also faces challenges in its peripheral housing developments where social problems have emerged. To tackle these difficult issues that do not fit so easily with its international image, the city is developing new programmes to innovate around social sustainability, experimenting with the idea of social investment to boost place-making. Although some of the more ambitious ideas have proven difficult to put into practice, strong local programmes have emerged.

All innovation is risky, and this is an interesting tale of one city’s path through trial and experiment, to a tangible programme of actions that are improving residents’ lives. What has been developed in Lindängen, an area on the outskirts of the city, has resonance for all European cities thinking about how to deal with the social and environmental needs of making the mass housing of the 1960s and 1970s fit for the future.

There are two stories to Malmö’s development. Whilst one narrative is of a city that is flourishing, with renewed pride amongst residents – symbolised by the Western Harbour, the new Øresund Bridge connecting the city to Copenhagen in half an hour by train – another story is of growing inequality in education, health and living standards.

Part of Malmö’s social democratic heritage is the welcome that city authorities have offered to refugees. Since the Chileans in the 1970s, successive waves
of incomers have found a safe haven and new home in the city. Another group of incomers have come from Denmark, often settling in Malmö temporarily because of a quirk in the Danish immigration regulations, or moving because of cheaper living costs. Although ethnic minority communities tend to live outside the city centre, the city is notably diverse, over 40 per cent of the population are first or second-generation immigrants.

Within the city a significant number of people live in poverty, and many of these are newer migrants, concentrated in the suburbs that were built between 1965 and 1975 as part of the Swedish state’s ambitious ‘million homes programme’. Malmö has the highest child poverty level of all Swedish municipalities. In 2009 the employment rate across Sweden was 79 per cent, in Malmö it was 65 per cent and in Herrgarden – one of the ‘million homes’ areas – only 20% of the working age population were employed. Deprivation is experienced mainly by ethnic minority groups, who are mainly from different Muslim nations that have experienced turmoil over the last twenty years: Somalia, Iran, Iraq, Bosnia and Afghanistan.

In spite of significant investment in education and social welfare programmes in the last decade, there have been only marginal improvements in education or living conditions in the more deprived areas. However, the city has struggled to find ways of tackling entrenched social issues amongst a diverse population. In response, they are looking at new ways of working. A ‘commission for a socially sustainable Malmö’, the first of its kind in Sweden, inspired by the UK’s Marmot Commission, reported in 2012. This focused on the growing health inequalities in the city and how strategies could be developed to reduce these. In 2010, five ‘area programmes’ kicked off with the aim of finding new ways of tackling social exclusion.

The Social Life team, while at the Young Foundation, worked with the city to develop the thinking behind a new programme of area-based social innovation. We ran two workshops – ‘Hands on innovation’ – in 2010, to help inspire fresh thinking, and to promote the potential of innovation tools to reshape the city’s approach to its run-down areas. A further workshop in 2013 on social sustainability brought together agencies working in Lindängen, an area of apartment blocks on the outskirts of the city, built in the 1970s, with employment levels below 50 per cent.

This work became one element of an ambitious programme, the Regeneration Dialogue. The starting point for this was to see the connections between the different issues facing the million homes areas: neglected buildings, green-house emissions, unemployment and child poverty, and to find out whether these could become the foundation for new forms of co-operation, better use of public money and true placemaking with people at the centre. The Regeneration Dialogue developed an ambitious model, using social investment to create jobs and social improvements, generating measurable savings in public systems, as well as in energy and maintenance costs. This was prototyped in Lindängen.

The intention was to bring together actors from the private, public and civic sectors to jointly understand and develop solutions for local areas. Since these areas generally lack bigger manufacturing or service employers, ‘value’ is often tied to housing. There are pent-up investment needs, including for energy efficiency and for social infrastructure. Analysis by the city suggested an investment need of €120m (1.1bn Krona) in Lindängen (half for energy savings) while costs for social exclusion over four years runs at €140m (1.3bn Krona). Property owners could not make the necessary investments stack up economically without huge hikes in rent (typically rises of 40 to 50 per cent). In other parts of Malmö and Sweden, large increases in rent have forced large numbers of low-income tenants to move.

Innovation often comes from combining existing resources and actors in new ways. In Lindängen the key actors (private housing providers, local social services, employment, insurance and health services and a number of NGOs) came together in drawing up a joint ‘socio-economic balance sheet’ for the area. Money going into Lindängen is essentially the cost of social exclusion, paid by public agencies including social services, employment agencies, insurance agencies, health providers and law-enforcement agencies. If ‘cashable’ long-term savings could be generated in these budgets, then this could fund investment in local job creation and social mobilisation. In practice this would mean using contracts for regeneration work conditional on local job creation and social improvements, setting up a local recruitment and training company, moderate increases in rent, substantial energy reductions and local energy production.

However, this was difficult in practice. The model involving national actors and EU funding proved too cumbersome, the city’s finances became uncertain, and the program at its most ambitious could not be taken forward. What has emerged is a more local and more tangible process that is bringing work to residents, through the local regeneration dialogue in Lindängen involving one property company (Trianon), social services, the local job centre and a number of NGOs. A relatively small investment in energy saving by Trianon in their property in Lindängen (€5m with a €1m EU subsidy) has kick started new ways of giving unemployed residents long-term work. So far eight permanent positions and 10 jobs on one-year contracts have been created.

The Regeneration Dialogue brokered a deal between Trianon and the city. Trianon has been given a 10-year reduction in property lease payments in return for a commitment to recruit a quarter of the work force to work on the construction of the first new apartment building in 37 years in Lindängen. This will create 140 low to medium cost apartments, designed for local people. Blocks include a communal laundry and meeting area, rather than each apartment having its own washing machine. A decision has been made to prioritise low-cost functional housing rather than the more affluent residents, who have moved into new homes in Malmö’s Western Harbour. Building started in April 2015. 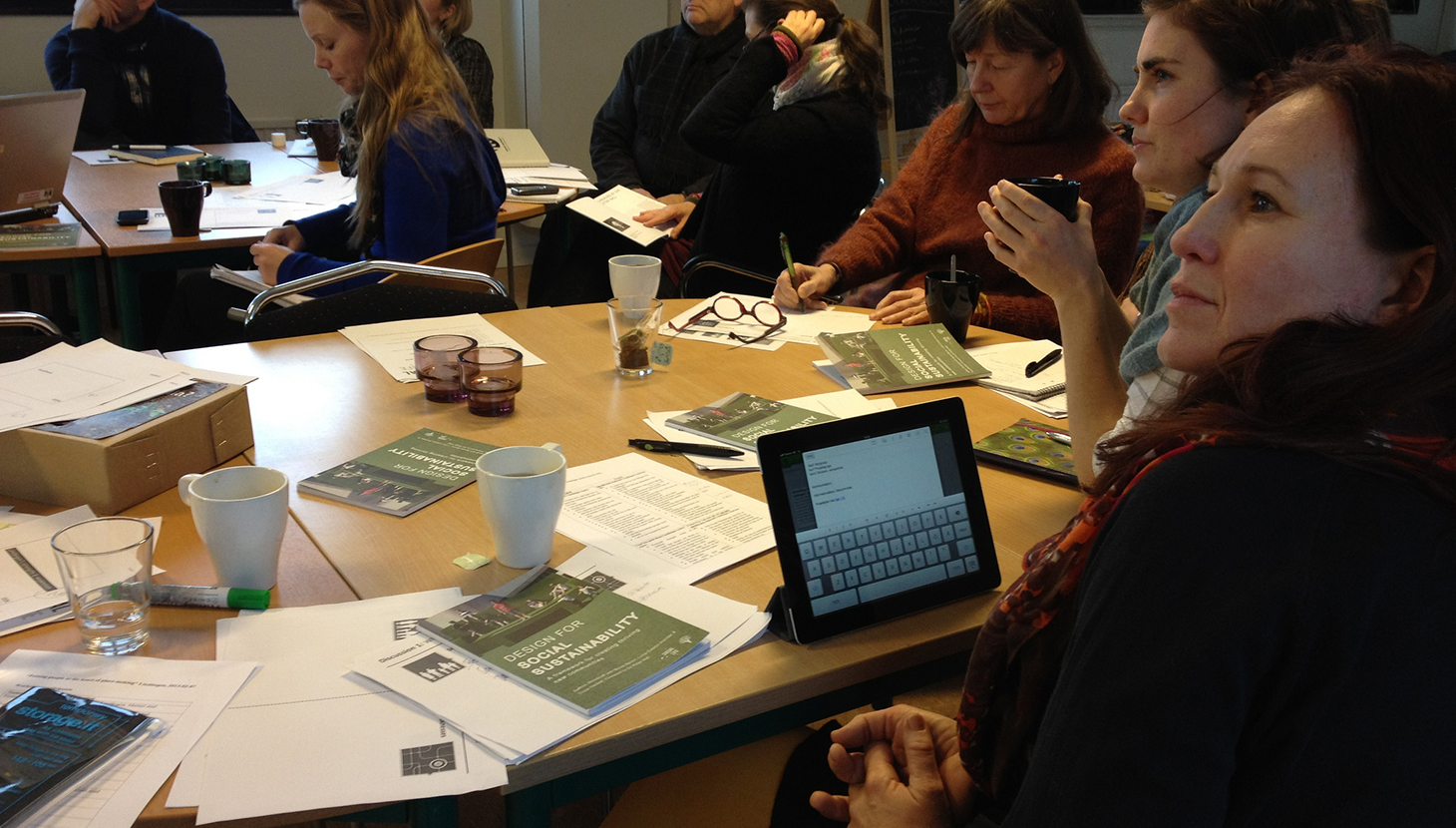 This is based on an understanding by Trianon that the value of their property in Lindängen is linked to the quality of life of residents living in these properties. It signals faith in the area and its future. Trianon has signed up to an agreement that binds them to recruiting local workers through their contractors, and if the contractors fail in meeting these commitments they will be fined. Trianon sees this as good business, not charity, sustaining a struggling neighbourhood in the long term. Vandalism in the area has declined radically over the last two years. For residents, the sight of their neighbours going to work in buildings where they live or in the gardens and public spaces nearby is significant.

Some of the other bigger property companies are now waking up to the fact that a small local company, owning only 1,200 apartments, has achieved a lot in terms of local job creation, resident involvement and placemaking. The city has prioritised long-term economic gains and neighbourhood revitalisation through higher employment, over short-term income from a property lease. Malmö alone has more then twenty areas similar to Lindängen, built in the 1960s and 1970s and now in various stages of neglect. In Sweden 650,000 multi-storey dwellings were built from 1965-1975, many in areas with characteristics like Lindängen.

According to Professor Michael Koch at the HafenCity Universität in Hamburg, there are 37 million tower- block apartments in western European Union states, and 10 million in eastern EU states. Malmö has a history of organisation at the local level that has helped shape solutions that are then either copied by others, or taken to scale by becoming part of state provision. Though local and national context differs among European countries, the ‘Lindängen model’ shows the beginning of an idea that could be used to unlock the creative potential of ‘les banlieues de l’Europe’. A new way of regenerating our increasingly out-dated stock of tower blocks based on renovation and regeneration, rather than demolition and replacement.

Nicola Bacon AoU is a founding director of Social Life.

Bjarne Stenquist is a civil servant at the city office in Malmö and former process manager of the regeneration dialogue.