Arriving in London via Boston in 1981, as an architect in my mid-20s and to a country immersed in a royal wedding and new technologies, I admit that I wasn’t particularly interested in housing or demographic situations. It seemed so easy then. I borrowed a deposit and bought a flat in Notting Hill for £18,000 – three times my then salary. Six months ago the global forecasters, Oxford Economics, warned that the average house price in London could rise to £1 million in the next decade. In the boroughs of Hammersmith, Fulham and Camden, for instance, average house prices today are already 20 times average earnings.

London and New York are the world’s two most powerful city states. They lead in finance, culture, and the arts. They epitomise 21st century aspirational modernity. New York’s GDP is $1.5 trillion annually. London’s is about two-thirds of that, with a GDP reported as equivalent to Saudi Arabia’s. London’s housing stock is said to have the same value as Brazil’s entire GDP.

New York’s previous Mayor, Michael Bloomberg, created 165,000 low rent apartments during his tenure. And the current Mayor, Bill de Blasio, says he’s on a “sacred mission” to build or renovate 200,000 affordable housing units in New York’s diverse neighbourhoods for households earning less than $40,000 a year, in a plan that will cost the city $40 billion, in the next decade.

Since 2009, affordable housing starts have stalled at 7,000 a year, and 60,000 New Yorkers (including 22,000 children) are registered as homeless. Some 400,000 people officially live in New York City’s traditional public housing units. Unofficially, at least 100,000 more live in them secretly. Meanwhile, New York’s public housing stock faces a maintenance and improvement backlog of $16 billion. Since the 1980s, inner city gentrification has contributed substantially to house prices rising by 250 per cent between 1974 and 2006 in New York, and by similar rates in London.

In principle, these transformations are a good thing because they often improve the urban fabric. But they serve the market economy. The social market economy which produced substantial tracts of affordable and local authority housing in London and New York, post-war, has been superseded by the alluring Yellow Brick Road to endless gentrification.

In London, 1975 was the peak year for council housing, with 60 per cent of homes owned or managed by local authorities. Today, it runs at between 10 and 14 per cent. Jasmin Parsons, an affordable housing campaigner, summed up the feelings of hundreds of thousands of Londoners when she recently declared: “Never in the history of social housing has so much been taken, by so few, from so many few.” Commentators have said virtually the same about the situation in New York. 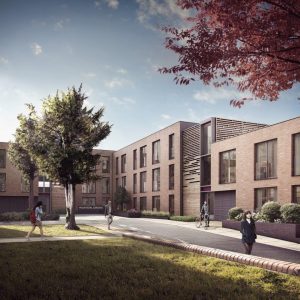 So how do these two liveability-challenged cities tackle this combination of housing shortages and high residential real estate prices in market-driven environments?

First, and quite fundamentally, New York and London must recognise that their housing crises demand exceptional measures.

Second, there should be a more dynamic use of brownfield land. There is space for at least 400,000 new homes in London’s post-industrial land and thousands of unimplemented planning permissions for this land. In New York, 75 per cent of the empty lots – half are suitable to be built on – have remained unused for more than 30 years. There should be tougher regulations to obligate developers to build higher quality schemes within a specific period.

Third, small may be beautiful. Micro-housing developments are underway in London, as it is in New York, where one million people are searching for affordable homes. In both cities, Micro Housing formats of between 250 and 450 sq ft studio and one-bed units are being designed and built. They recall housing theories first explored in Europe in the 1920’s and developed later in legendary architectural projects such as the 1972 Capsule Tower designed by Kisho Kurokawa, and Moshe Safdie’s Habitat 67 complex in Montreal.

In London, The Collective and Pocket Living are building a range of schemes across the city, with average rents of £200 per week, or at a purchase price affordable to those on average London wages. Pocket Living supplies micro-flats of around 400 sq ft. They cost about £160,000 and are bought by people who earn, on average, £39,000 a year. The Collective rents bedrooms and washrooms – and sometimes kitchenettes – covering about 20 sq metres. The rents average at £220 a week. That includes running costs, WiFi and council tax, with access to gyms, common rooms, gardens and dining rooms. Other similar smaller scale housing innovations are entirely possible, but they need a bold and properly funded modular housing industry.

Fourth, as an alternative to creating vertical housing, we need to design and build more medium-rise units. Could we not revisit the New York tenement model, or Berlin’s courtyard housing typologies, or use the principles of the 19th century Peabody housing?

The prospect of big medium-rise housing blocks does not have to conjure up grim 19th century images. If they are well-designed, these large-scale domestic buildings can be exemplary and pleasant places to live. 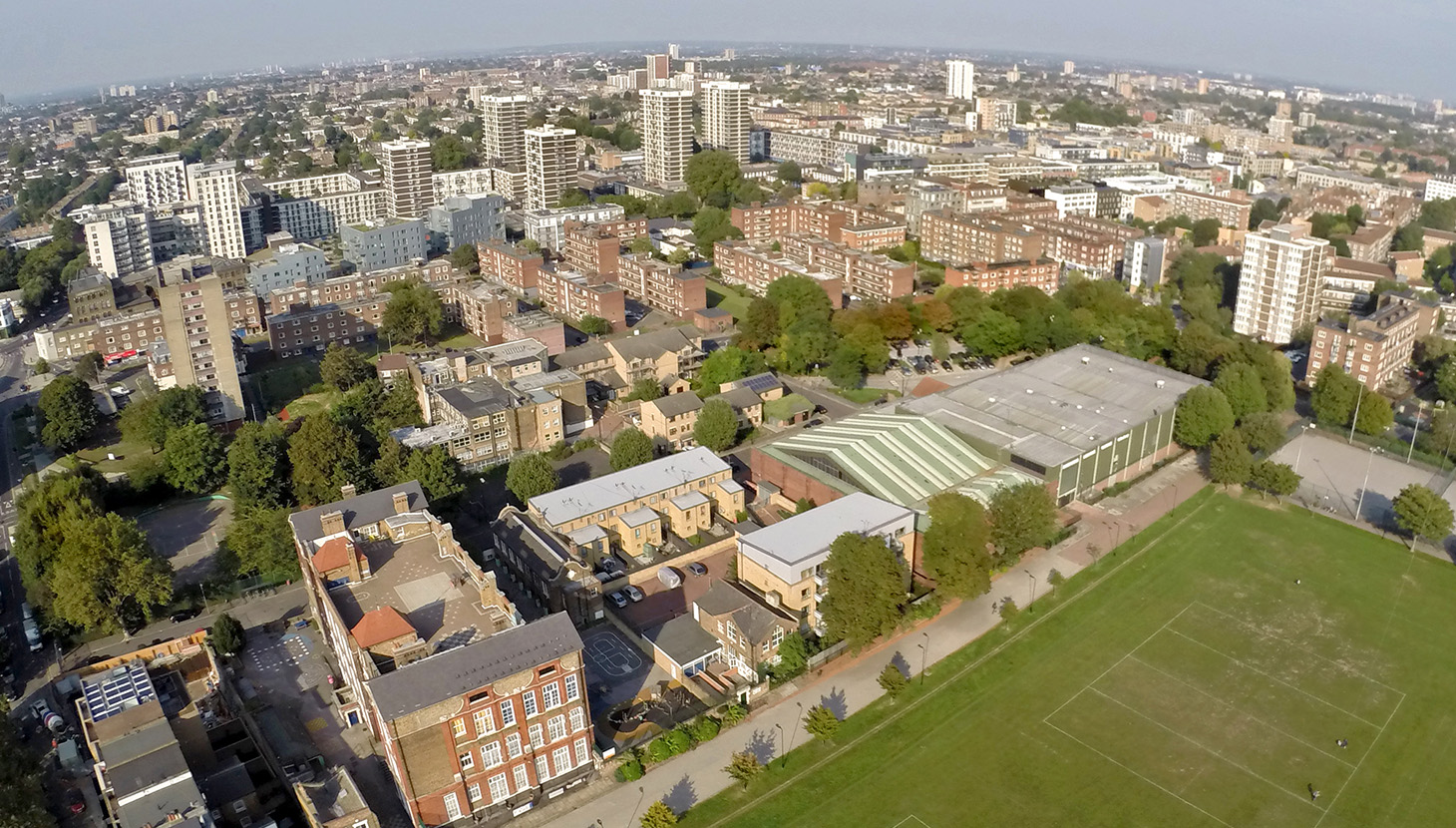 Fifth, the development of co-housing should be encouraged. This means individuals getting together to buy urban sites to build housing units with communal facilities. There would also be many people who would invest in co-housing opportunities. Whilst they would make a modest return for the investment, their contribution would, in a low-risk way, help London’s affordable housing crisis. A New York version of this kind of communality is appearing in democratically controlled Community Land Trusts, with buildings owned by a mutual housing association, which sells or rents the apartments affordably.

Sixth, new use-classes should be created to facilitate the adaptation of redundant buildings into housing and live/work units. In London, for instance, there’s a vast amount of empty space above low-rise shops, which could easily be converted into flats and live/work units. But I caution against unregulated office to residential conversions, which deplete office stock and drive up office rentals.

Seventh, bearing in mind the increasing numbers of home renters, we surely need more firmly regulated rent differentials using means-tested rental models. This is being tried in schemes such as the New Era Estate in Hoxton by Dolphin Living. Of course, we have to see how this kind of rent model actually pans out. But, if successful, it could ensure a greater, more culturally civil mixture of different types of people and housing, in London.

Eighth, local authorities should strive to become lead developers, or co-developers, of social or affordable housing. This important strategy is beginning to take root in London. As lead developers, they don’t need to take the usual 20 per cent private sector cut, and can therefore underwrite genuine affordability and design quality. In Camden, for example, the local authority Community Investment Programme has built a new social housing scheme called the Bacton Estate – without the involvement of a private developer. It’s the first social housing built in the borough for 30 years. In Tottenham, where my practice has set up the design-related social involvement project, N17, the local authority is investigating joint-venture housing initiatives with private developers.

In Haringey, which has the second highest number of homeless households in temporary accommodation in London, the council is considering joint ventures with private developers to create new mixes of affordable social housing within a public-private ownership model.

Ninth, the design quality of housing is crucial. It’s surely obvious that well-designed affordable homes can contribute greatly to the quality of domestic life. But in London, planners have made no truly sustained demands for design quality. They struggle to process even the existing volumes of planning applications with any true understanding of architectural quality or urban design. Should the housing situation be left to develop in a purely market-led way? Can the market improve housing affordability? Does it want to? Is there any thorough democracy in the dynamics of housing provision? Are we somehow losing the fundamental idea of having secure homes?

London and New York are, indeed, the world’s pre-eminent world-class cities. But in terms of providing housing for the majority of their inhabitants, we are entitled to ask this spiky question: Who, exactly, are these two great cities world class for?