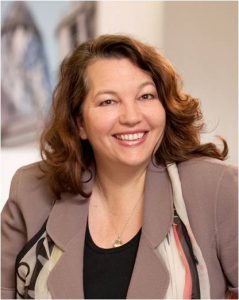 The lack of affordable housing is the topic on everyone’s lips, not just in London and the south of England but, it seems, in every growing and successful city that I have visited or studied across the globe in the last five years.

This lack of supply often shows up as angry discussions online, as well as in the local and national press, about the gentrification of neighbourhoods and displacement of indigenous communities, and the ever-increasing cost of real estate. Increasing numbers of business leaders are seeing the lack of affordable accommodation for key staff, particularly younger talent, as a key barrier to growth. Economists and city politicians are rightly starting to see this issue as a threat to the future prosperity of cities.

Although the rate of housing delivery per head of population is absurdly low in the UK by international comparison (Fig 1.) (Bulgaria is the only country I have found with a lower rate), I think the problem is a fundamental and structural one. It has to do with the way that the built environment has been developed in the post-war era in terms of both business models and design. I have observed the increasing difficulty with which ordinary people in cities across the globe can access good, affordable housing. This is caused by a lack of the type of property people want and in the type of neighbourhood that they want it. There are simply not enough Greenwich Villages, Haight Ashburys and Chelseas and Shoreditches to go round. We haven’t built anything like them for the last eighty years so only the wealthiest can compete for these rare types of neighbourhood in the most central locations. Too often in the 20th century, housing development was something done to people rather than by people and many of the resulting places are not valued – environmentally, socially or economically.

If the issue of supply continues to be considered in terms of the number of ‘housing units’, the problems of a supply shortage will persist. This is because housing demand is not for ‘units’ but for homes. A home is much more than a building – it is a place, an identity, a neighbourhood. If we fail to provide neighbourhoods with a real sense of place and identity, we have failed to provide homes, we have merely provided ‘units’.

Even in London, one of the highest demand cities on the planet in terms of housing, there are still locations where property values and transaction levels are very low by comparison with the rest of the city. They are the places, some of which are quite well connected by public transport, that only consist of housing units and little else. Even the hardest pressed twenty-something in search of a London rental would not consider living in them. They are just not London, not ‘proper city’.

All this means that it is an age when the city has become a commercial unit of production and its ability to foster human encounters, new enterprises and creativity has rarely been more valued. The coffee shop is once again as important to the future prosperity of a city as it was in the early days Lloyd’s of London.
The fact that we seem incapable of building it any more is of huge and significant strategic importance and will profoundly affect the ability of local economies to grow and prosper. 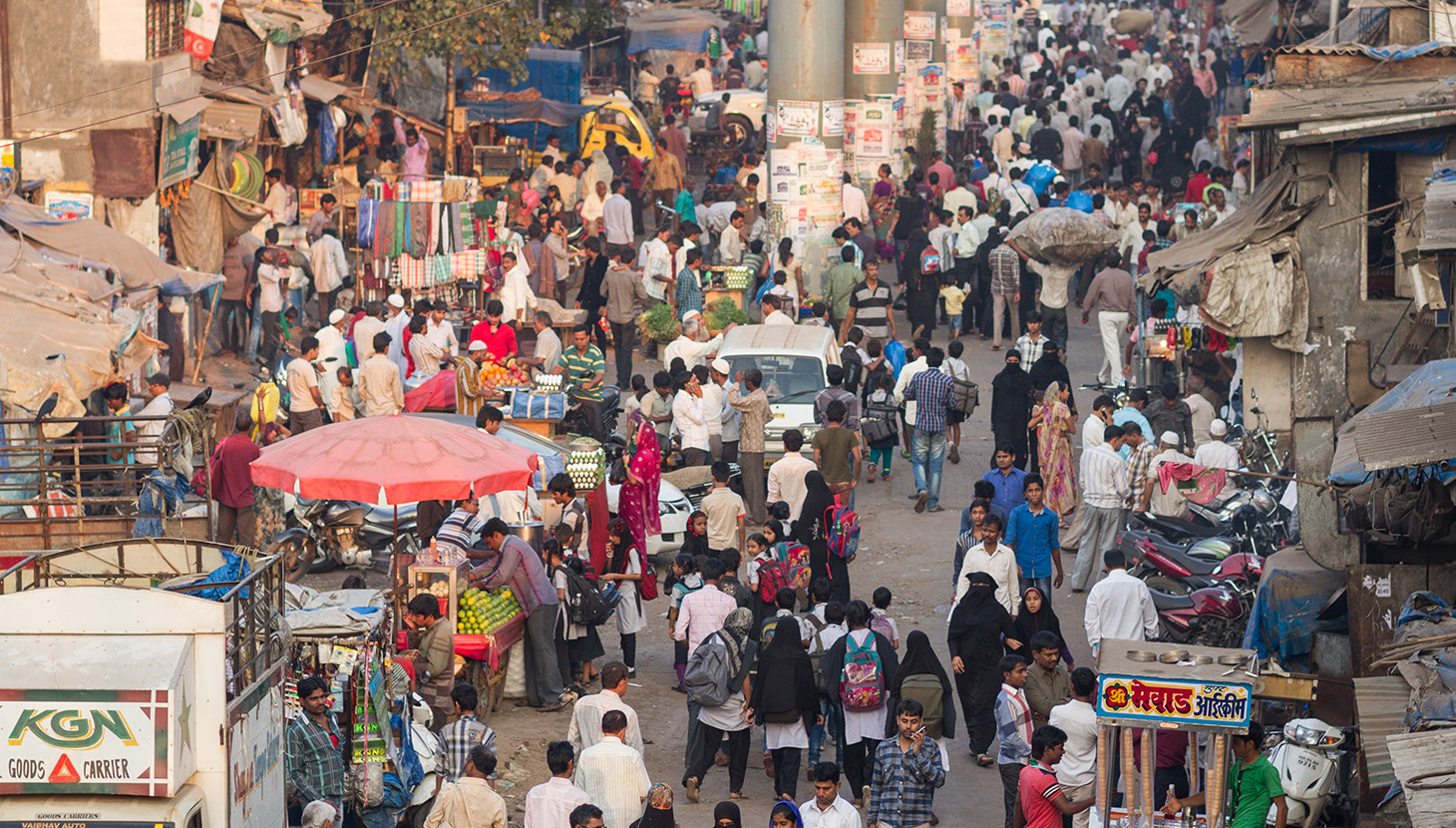 In contrast, the streets of Dharavi, Mumbai ph. Adam Cohen

I say we can’t build it any more because the last six decades of built environment practice have been all about single buildings, single uses, single owners and short-term business models, none of which can possibly create city. Proper city is about creating simple buildings in complex streetscapes capable of accommodating the huge range of messy, diverse activities that make up human lives – and with a system of robust governance that allows these to respond and change over time.

Most of the activities that we call ‘living’ cannot be accommodated in the standard buildings designed, coded-zoned and categorised in the late 20th century. How often has the design of a new place accommodated all the activities that take place in real neighbourhoods? How often, for example, have you seen provision made in a masterplan for things like a small builder’s yard, a computer training classroom or a funeral parlour? These are all random but representative examples of the thousands of businesses, enterprises and uses that we regularly find in highly valued and high-functioning everyday neighbourhoods. You’ll find them all in old cities or present day self-built shantytowns but rarely in modern, planned neighbourhoods.

Just as not every human activity fits into a standard planning use class, neither can every future human activity be predicted – especially in the face of the disruption and rapid pace of change of the digital age. Nobody knows, for example, the full and final impacts of e-tailing on standard use classes like retail and warehousing. All we know is that buildings designed in a different age will be accommodating activities that were unimaginable when they were built.

When speaking to audiences about the impact on cities and real estate of the digital revolution and the tech economy, I often find myself using the phrase ‘back to the future’. It seems that the greater the need for flexibility in buildings and for human interaction in business and enterprise, the more useful and appropriate Georgian terraces and Victorian warehouses on a connected network of mixed-use streets seem to be. Don’t think I’m arguing here for classical or pastiche architecture. These places are popular not because of their architectural style but because of their form and geography. Proper city streets are the most popular home for creative digital industries and the people who work in them, across the globe.

If we don’t want scarcity to push up the price of these neighbourhoods then we have to create more. This will mean different business models are needed for delivery. The long-term value of good urbanism is not easily realised if short-term debt-funded development models are involved. The future is not out-of-town business parks and car-reliant housing estates. Our targets for delivering homes has to be about a lot more than unit numbers. Delivering good urbanism will need a simultaneously enlightened approach by politicians, investors, planners and built environment professionals. If the government wants to deliver housing that will work, for the long-term interests of everyone, a massive cross-sector, cross-party effort is needed. Making some housing part of the infrastructure commission’s remit is a step in the right direction. Taking the whole built environment out of the political cycle and putting it in the hands of such a commission, with the teeth to deliver a complete urban environment rather than just unit numbers, might be an even bigger step toward real progress.


Yolande Barnes AoU is head of global research at Savills