The changing context faced by social housing is more complex and inherently risky for housing associations than at any other time in their history. Mike Wilkins AoU, chief executive of Ducane Housing Association, offers his views on the state of play now and what’s to come.

Over a number of government administrations, there has been a reduction in both direct capital subsidy (grant) and more recently revenue subsidy (housing benefit/universal benefit). This has exposed associations more to the vicissitudes of the property market; the only way to build more homes is to cross-subsidise development for social rent with outright sale and market renting, as well as the more established model of shared ownership.

However, even shared ownership can be pricey – rising land and construction costs In London last year saw the first £1m flat put up for sale.The chancellor has taken some steps to reduce demand by increasing stamp duty on expensive homes and buy-to-let investments, which is having some impact at the top end of the market. This has decreased interest in London property from Chinese and Russian investors, while Brexit uncertainty has possibly dampened some enthusiasm.

Nonetheless, market predictions are for continuing increases in house and land prices, alongside rent in the private sector. This makes finding a home more expensive for individuals, and potentially more risky financially for housing associations. There is an unprecedented demand for new homes. In England it is estimated that 250,0001 new homes a year are required, yet house building output in 2015 saw only 142,890 completions.

In London, 50,000 new homes will be required per year by the end of the decade to keep up with demand. Building output for all tenures is currently half of that. House prices in London are now over 40 per cent above where they were before the financial crisis, and rents are rising more quickly than earnings. A quarter of households in the capital are living in poverty. So with wages tending to be low, which puts housing out of reach for many people, and local housing allowances capped, ‘hidden homelessness is on the rise as more children are returning to live with their parents.

The government’s response to this crisis is to focus on promoting home ownership through programmes such as the starter homes initiative and help to buy. Starter Homes applicants, it seems, are not required to qualify on income, just age, and after five years the property can be sold at a profit on the original discount.

However, the sale of starter homes was only one in a number of hefty administrative impositions, the most significant of which was the voluntary right to buy. This was essentially an election strapline which the Tories thought would be ameliorated in coalition with the Liberal Democrats. However, with an outright victory, they had a manifesto promise to keep. There followed a certain amount of haggling with the trade body of the National Housing Federation. In return for keeping the Right to Buy off the statute books, the ‘sector’, or parts of it, voted to accept the ‘voluntary’ part of the Right to Buy. 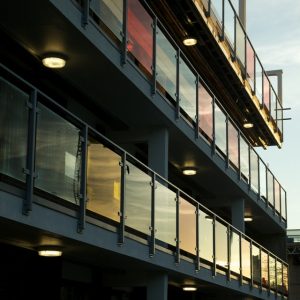 In practice, the proposals require housing associations to be fully funded for the loss of stock through the right to buy by local authorities. The prospect of local authorities owning high value stock that could be sold was the driver for this. However, it doesn’t take much analysis to see that this will be restricted to a few cities, and mainly London. Whilst the regulations are still being formulated, some estimates of the take-up of Right to Buy suggest that it may involve as little as 1% of the stock. However, local authorities are clearly the losers in this particular money-go-round. Irrespective of the rights and wrongs of right to buy, associations face the increased administrative costs of implementing other government housing policies. For example, right to rent introduces the requirement to check on some applicants’ rights to reside in the UK.

Additionally, pay to stay requires the identification of households with incomes of £30k and over (£40k in London), at which point the rent for these families increases to 80% of market rates. There is no doubt here that tenants faced with a huge hike in rents will opt for Right to Buy!

However, associations possess no statutory powers to require tenants to prove their income, so the implementation of all of these policies is complex and an administrative burden. This administrative drag will be felt particularly by smaller, community-based associations with fewer internal resources.

Housing associations, who have typically developed one-third of total new build output in recent years, may be building fewer homes in the future as new government strictures apply. For example, in a headline-grabbing move in the summer of last year, the chancellor announced that housing associations would be required to reduce their rents by one per cent each year for the next four years. Add to this the regulator – the Homes and Communities Agency – whose big concern is with efficiency and value for money, and we may see fewer medium-sized associations building new homes in the future. 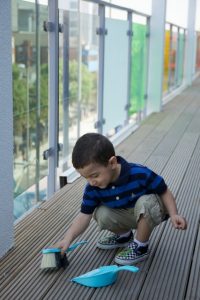 A few years ago, the Coalition introduced the much-criticised ‘affordable rent’ grant regime, which allowed associations flexibility on rents up to 80 per cent of the market rate. Much of the criticism arose from this being named ‘affordable’ in the first instance, a sort of affront to common sense.

It also provoked some concern with local authorities. In practice, most rents went up to around 45-60 per cent of market rate; one route for at least some rented homes to be built . However, even this grant is now being shelved in favour of a range of homeownership initiatives. Affordable rent properties, by the way, will have cuts in rent and service charges of one per cent over the next four years.

Another aspect of this is that the type of demand for new homes is changing. One-third of social housing tenants are over the age of 65. The demographic peak in this age group anticipated over the next 10 years cannot be supported alone by local authority budgets for care and support. With some small associations no longer able to compete, only the largest associations can take on care contracts with national minimum wages to pay.

The problem is that this government administration is not particularly interested in providing more rented homes (for people who will not vote for them). They have instead introduced ideologically and electorally driven policies on homeownership which, in practice, will not deliver the number of new homes required. The housing minister Brandon Lewis has set a target of 1m new homes over this parliament, 200,000 of which will be starter homes. 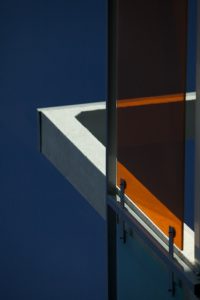 These have been re-branded as affordable housing for planning / section 106 purposes. However, analysis by Savills2 suggests that these ‘affordable’ help to buy and starter homes will not significantly increase the number of new homes being taken up. On the positive side, however, funding for new homes is not likely to be a critical business issue in the short term. With historically low interest rates and plenty of appetite from investors, the funding markets are broadly happy with the ‘investment class’, and bond finance has been available at competitive rates for a number of years.

Although it may appear that low interest rates are the new norm, these are unusual market conditions. The regulator asks associations to run stress tests on their business plans to the point where the organisation collapses under a combined set of extreme circumstances. The idea behind this is that boards will be able to detect signs of possible future problems at an earlier stage and take corrective action.

It would be hard to describe the current administration’s policy response as evidence-based. Reductions in the welfare bill and an emphasis on home ownership without considering the impacts could be regarded as blinkered and ideologically driven. This is in the midst of a property cycle of increasing scarcity and price increases for rent and purchase, without any obvious signs that the market will respond to demand and build more homes.

Some believe that the production of housing, for example in the post-war period, was most effective when private sector output was added to by public social housing. This is mainly because the private sector house-building market is not entirely driven by demand. Developers holding land banks will measure out new building activity when the market is rising, but will generally hold off when the market turns down. This leaves local authorities and housing associations to make best use of their resources to build more homes. However, with local authorities having to sell homes to compensate housing associations for homes they have sold under the voluntary right to buy, there is a net loss of accommodation at the affordable end of the spectrum. Regaining local authority and housing association co-ordination is crucial for making the best use of land and resources to meet local needs, as highlighted in the London Housing Commission Report.

It is a dire situation, but central government co-ordination would, in theory, help considerably, particularly regarding land release. At the moment, there are some positive steps towards this with the Homes and Communities Agency and the GLA (in London) aggregating large sites for development. Another measure towards this has been the ‘use it or lose it’ policy to discourage lengthy land hoarding.

Housing associations do have to carry additional administrative burdens as a result of recent legislation.
Together with the rent cuts, this is driving better efficiency in the sector. Mergers, in theory, should offer better value for money for tenants and provide more homes. In April, the merging of some of the biggest associations is planned (London and Quadrant, East Thames and Hyde HAs), forming a 135,000 home landlord. Let’s hope that the quality of services to tenants is not lost as a casualty in the drive towards greater efficiency.