At last year’s Academy Mid-Year Review, the question of the suburb as a form of urbanism emerged. Little attention has been given by the Academy to suburban development in spite of the fact that some 85% of us live in the suburbs. Few new settlements have been visited by the Academy. Over the Academy’s lifetime only six of 150 awards have focused on suburban housing. The Academy has now set up a group of Academicians to explore this conundrum. The initial discussions revolved around the house – the subject of this first article. A second article in a future edition of Here & Now will address the place.

“Home is where one starts from”

“Our homes are vessels of extraordinary history, perhaps the last repositories of a language of symbol and collective memory, that ties us to our ancestors, to profound and ancient threads of meaning.”

The concept of the house

The Times recently indicated that the most popular house in England was an early Victorian two story house with a central door and windows on either side, a pitched roof and wisteria growing up the front porch.

At a recent conference I talked about the myths we live out and the role of powerful images on our perceptions. Homes are more than machines to live in. They might keep the rain out, but they also host values that resonate with us on a deep and symbolic level, a kind of physical manifestation of all our hopes and fears.

The concept of the house is hard-wired into our psyche. It conjures up deep feelings of comfort, memory, family, safety and so on. These are primal elements in our identity. They contain a rich history of meaning and illusion that enables us to feel fixed in time, place, and in memories that might be our own or acquired from our social environment. They help place us in our world and help define our identity.

French anthropologist Levi-Strauss viewed the way we build and arrange our dwellings as reflecting our view of ourselves in the cosmos. If we are rich, we can attain these feelings. Great private houses and Grand Designs show what can be done.

The AoU and this article focus on housing; houses that are part of a larger agglomeration or suburb, that are mostly built for, rather than built by households. 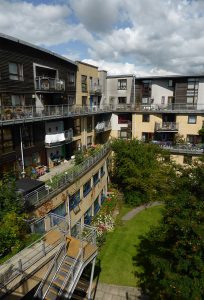 In a recent book on the rise of homo sapiens, Yuval Harari posits the concept of the cognitive revolution being the first step in human kind creating an understanding of our world and our position in it.

The cognitive revolution enables the telling of stories to explain why things are the way they are, and thus create myths to ensure these ideas are embedded in our psyche and our language. But to do this requires cultural institutions and rules, and these have to be established. In the field of planning and urban design these myths still exist and are in frequent use. So too are the institutions that promulgate them.

Although many architects consider the Georgian house the quintessential English dwelling, most of our housing today is built around the myths of village life, coloured by vicarious nostalgia for a non-existent past. How many times have we seen plans of urban extensions that include words like ‘Village Green’ or ‘Market Place’ where neither really exists? But whereas the village house might have been supported by a garden, today the priority is room to park the car.

To a certain extent the Garden City has become mythological. We use its images as design benchmarks against which new development is judged. But the result is often poor quality sprawl. Our bureaucracies have institutionalised some of these concepts in publications such as the Essex Design Guide.

The images we live with take on a timeless quality. Nothing much changes except the product becomes smaller and less robust. In some cases we try to replicate these myths, but are constrained by a house-building industry controlled by 10 companies, and bureaucratic rules set up to ensure the continuity of the myth. Sometimes we end up with meaningless gestures for political or economic reasons.

We use our homes to make purposeful and deliberate statements about ourselves, designed to reflect our attitudes, our goals, our roles and priorities, and visual delight. In other words, homes are places in which we construct a version of our own selves – even when severely constrained by product and regulations. So the question is: can we do better?

Do the homes we build reflect our desires to encapsulate these values? Do we, as urbanists, reflect the rituals and meanings of the houses we design or places we plan? Do our house-builders really reflect our deep emotions? Is that why the ‘punters’ like their houses? The home and its anthropomorphic interpretation as a dwelling has come to represent an arrangement of spaces within a recognisable carapace. But whilst that arrangement has changed over time, through social and economic pressures, the skin has not. One just has to see these two images to realise the strength of the external image.

The new urbanists recognise this. We can have Bulthaupt or Smallwood kitchens, we can fill our rooms with faux Chippendale furniture or IKEA chairs, and the latest gadgetry. Our independence can be celebrated internally but the external design would infer a desire for a more normative statement about ourselves and our culture.

Is this why the product, the house, remains unchanged? Or is it just the way the industry is organised?1 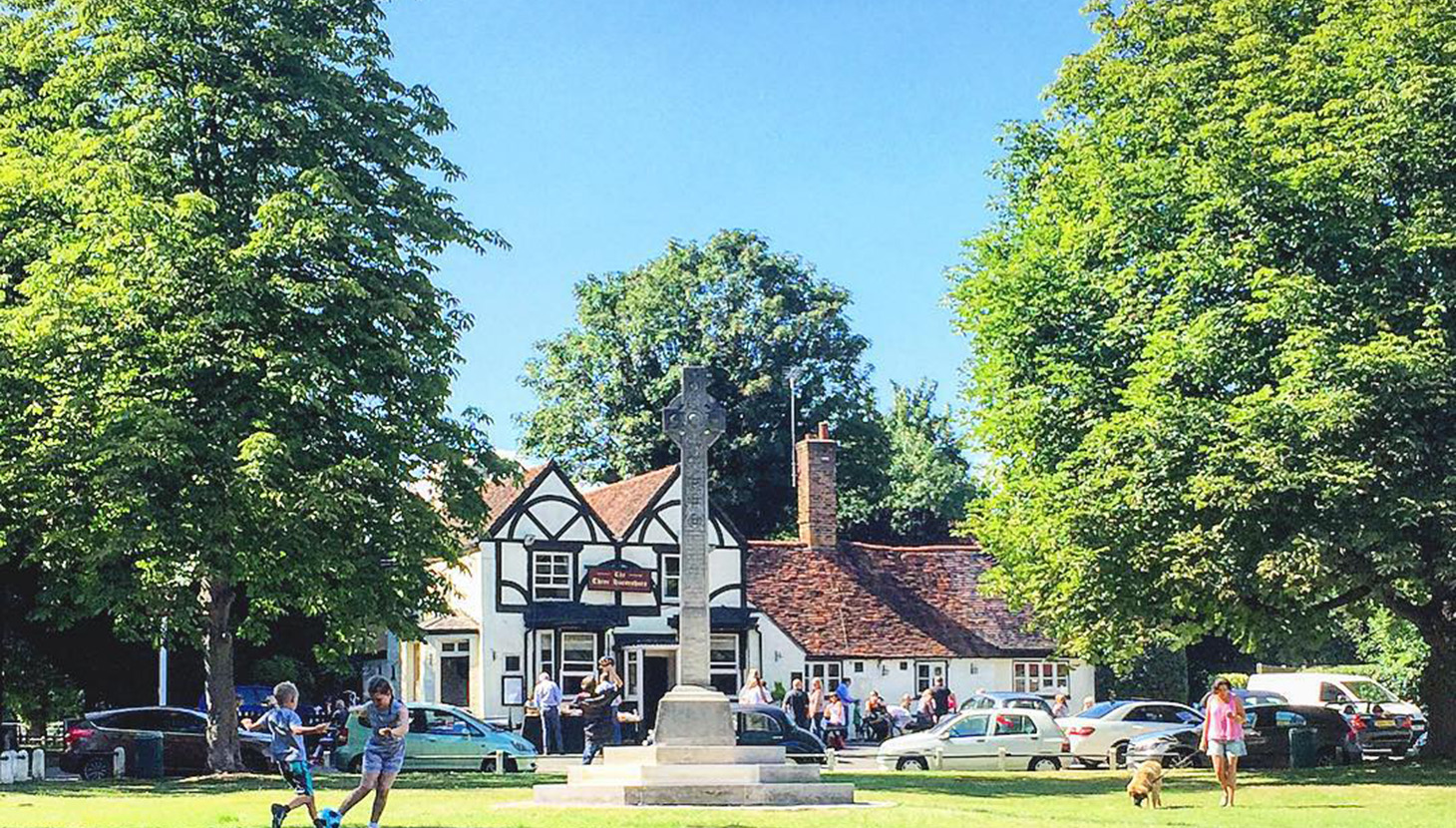 We are losing the ability to build our own houses. They are built for us. We have little say in personalising them. Our houses are now so tightly drawn that if we want to change our house we have to move, and take our memories in the form of ‘stuff’ with us to provide continuity. The house is bought, lived in for seven years and then we move. We seem to have lost meaning, we are no longer rooted in place, nor can we be, so the house is just a temporary receptacle that we camp in.

The house has also become a vehicle for investment, a means of ensuring a pension, and collateral in financial negotiations. The house design has been standardised, commodified and determined by corporate exigencies and institutional controls that are difficult to change.
It’s the same house whether it’s in Carlisle or Southampton. It relies on a limited supply chain, a workforce that has lost many skills, and a complicit professional environment. It has been value-engineered, built to exacting constraints, and lost any redundancy that would facilitate adaptation. The house has become a closed system. The RIBA was right to call for Long Life: Loose Fit.

Many years ago I was involved in researching house-types for a developer. We discovered that a three-bed family house was no longer being bought for large households but for smaller ones that wanted space but could find no appropriate product – even though they were hampered by density and the market. The demographics had changed but not the product, nor the institutional mechanisms that encouraged it. The house remains determined by density of habitable rooms and units per hectare and not by floor-space. It would seem impossible to build a ‘loft in suburbia’.

If ‘house’ is the building where one lives and ‘home’ is what happens in it, can these be reconciled? First there are cultural differences that help determine the role of the house, and that’s why a Dutch house is different from an Egyptian one.

Secondly, as our cities have fragmented into residential, retail or working zones, our ability to make the most of our connections has changed with technology. We don’t have to talk to our neighbour when we can ‘Skype’ friends in Australia.

This means that our memories and identities have had to become more portable. Whilst environmental psychologists suggest the physical settings, such as the size of windows, height of ceilings, shape of rooms all impact on our general health (volume builders take note); the trend towards greater uncertainty, mobility and different kinds of connectivity might mean that the memorabilia, the stuff that helps shape ‘home’ for the next generation, the young urbanists, is being digitised and stored in the ‘cloud’. Does that mean that ‘home’ is now a laptop? No housing developers are considering any of these issues.

There is some radical rethinking that could change the current housing market. Cherwell District Council’s Graven Hill project for some 2,000 custom-built dwellings could re-engage our ideas about home and house. So too could lessons from site-and-service2 and core housing3 and other similar dwellings from around the world.

What does this mean for AoU and its drive for more appropriate urban forms? Suburbs are a key element of our urban life. They too morph. Intensities change. Outer suburbs become inner city, edges become central; uses change. Do those that are being built now match the rate of change? What lessons can we learn from new suburban development in UK and Europe?

The first three principles espoused by the AoU are that successful urbanism is the result of a collective vision; the cultures of the people should be expressed at a human scale and through both physical and social structures, and; the full potential of the community must be supported spiritually, physically and visually. These are still to be addressed in our suburbs. Perhaps it is time for the Academy to raise its head above the parapet and further engage with the providers and their institutions; call for better houses, ones that answer some of the questions relating to values and well-being; and to open up the market and fight for a qualitative improvement in what is built. We would like you to help by sending us exemplars of the new suburban house, or the criteria that you consider appropriate for the AoU to champion.

I’ll leave the last words of this section to Sam Jacob, a founder of FAT Architecture:

“My real advice for building a really happy home? Resist the creeping commodification of your own domesticity that contemporary Anglo-Saxon culture promotes. Construct homes as places that allow us to live out more fulfilled lifestyles. Think of your home as a place that helps you develop and experiment with the possibilities of your identity, family and ways of living rather than something that fits in with external expectations.”

The next article will be about ‘place’. We hope that you will also think about exemplars of good ‘places’ and what criteria, values and cultural or demographic attitudes makes a good ‘place’.

2. “Sites-and-Services” schemes are the provision of plots of land, either on ownership or land lease tenure, along with a bare minimum of essential infrastructure needed for habitation – GDRC.org↩

3. COntinuous REcording of Lettings and Sales in Social Housing in England – gov.uk↩