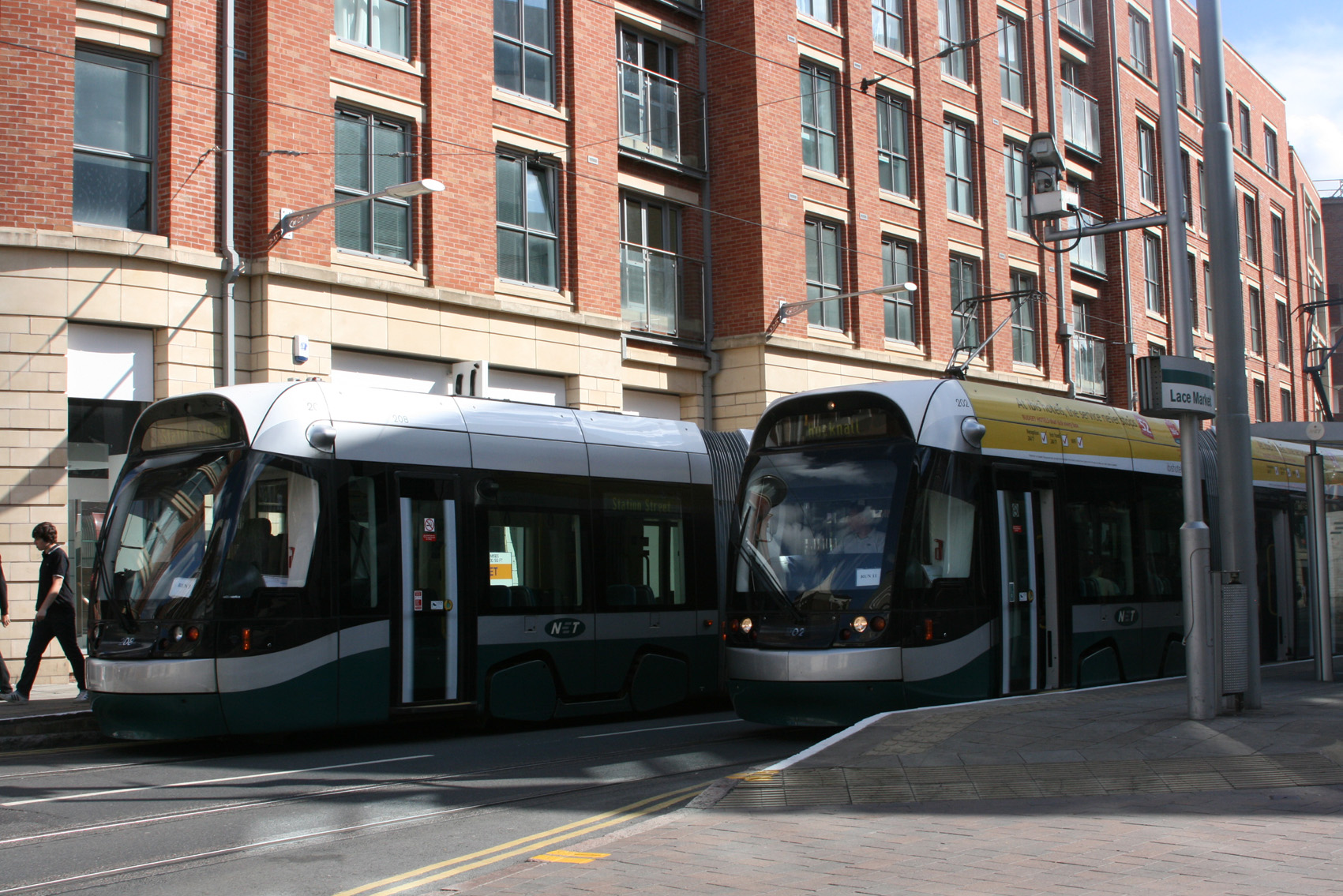 The Lace Market area of Nottingham is a strong contender for Neighbourhood of the Year, with a very distinctive character, and unique story of renewal, having almost been lost with the decline of its core industry in the last century.

A major strength lies in the story of its survival – this cannot be understood simply by looking at the outcomes today, with the cappuccino culture, media businesses and swish new trams.

The area is located on a sandstone escarpment, once an Iron Age settlement, which provided a defensive settlement that subsequently grew to become the administrative centre of the county.

With a street plan that is Danish in origin, the area became a commercial centre as Huguenots brought over ‘needle trades’ and fine merchant houses were introduced.

The country house feel disappeared with the industrial revolution inventions (by Arkwright and Heathcote for instance), as the area grew over 40 years into a high density industrial quarter, effectively the world centre of lace with every building devoted to that activity.

As the lace industry declined from the 1st World War the area fell into ‘suspended animation’, with a growth in derelict sites and buildings.

The major strength of the neighbourhood is derived from the conservation based regeneration, begun in the early 1970s after threats from comprehensive development, and continued through a series of plans, Town Scheme programmes and key projects. This included modest grants for restoration at a time when there was still industrial activity and no prospect of residential or commercial investment.

A step change was secured in the 1980s with grants for urban development and enterprise, as well as recognition and support from English Heritage, leading to a series of distinct and effective improvements and the formation of the public private Lace Market Development Company in 1990.

The last two decades have seen new uses for the landmark Adams Building as the New College, the re-use of the High Pavement Unitarian Chapel as a bar and Shire Halls as a museum, as well as a new Lacemarket Hotel. But the property market interest came quite slowly initially.

The gradual introductions of new residential (2,000 units), retail and business space (for advertising, media and cultural industries) include Benson and Forsyth’s Bottle Lane development and a new Centre for Contemporary Art. Interestingly because of the historic lace factory buildings there is a challenge in providing active frontages and a strong sense of surveillance of the public realm.

The once monocultural industrial area has become a truly mixed-use quarter for living, studying, culture and leisure, as well as employment for 4,500 people. Nottingham’s Lacemarket is an excellent example of seeing the place-based potential of a location, including its inherited architecture, and nurturing that through a series of plans and investment cycles to create a whole new quarter that is a unique part of the city’s identity. The accumulated action of people and organisations, through shared municipal enterprise, has created something richer than any purely commercial or narrow ‘silver bullet’ approach could ever have achieved.