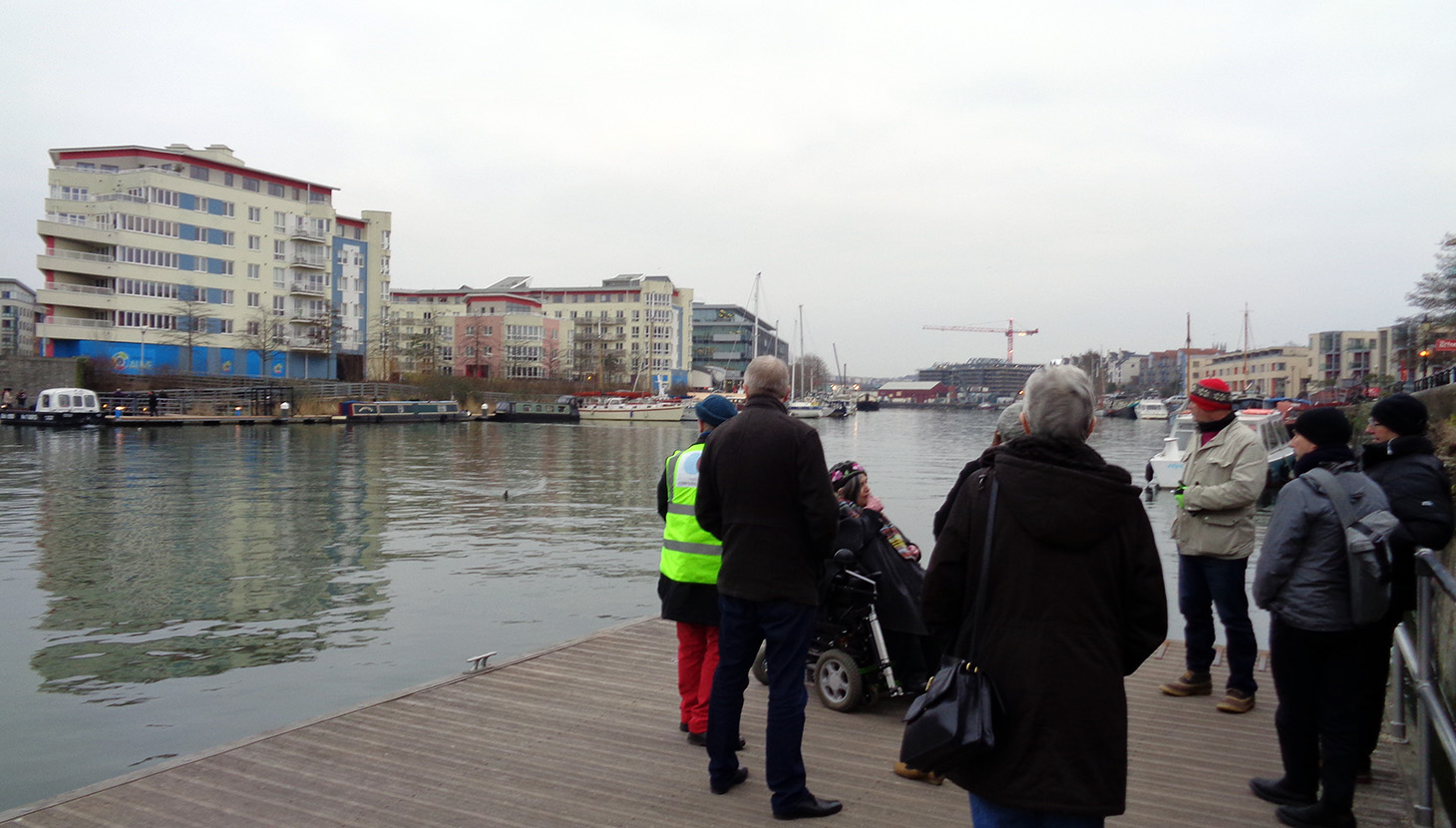 Is our view of place too short-sighted? On Wednesday 11 February, we put this question to an engaged Bristol audience, who represented the many different faces of placemaking.

First speaker, Barra Mac Ruairí, Strategic Director of Place at Bristol City Council,  kicked off the debate with a yes-and-no answer: Yes, we currently think too short-sightedly about community resilience, but no, we are (too) far-sighted with our inclination to plan for the future. We desire and trust rules to guide what happens to our places, which leaves little space for creativity.

This was picked up by several audience members, raising concerns of missed opportunities around Bristol. “A building is for life, not just for the planning process”, said Lori from Carriageworks Action Group, arguing the short-sightedness of accepting poor design to meet short-term aims.

Does good design cost more than bad design? And is iconic design good or useful, or is there more value in the city in the background? Funding and awards come more easily to iconic projects, but do they lead to successful and meaningful places?

Watching cherry blossoms fall became a symbol of taking the time to engage our senses and emotions in the places we inhabit. An artist spoke of how meaningfulness and emotional experiences in places imbue a shared sense of value, and called for the emotional content of places to be used as a disruptive force for change. Places should have an impact on people.

Needs, minds and design are at the heart of great places, said speaker Steve Maslin, the Director of Building User Design, and he continued, stating that ‘good design comes from a good brief and a good brief comes from inclusive conversations.’ But how? We need to make sure ‘those awkward conversations’ between people of different backgrounds and experiences take place, suggested speaker Melissa Mean of Redcliffe Neighbourhood Development Forum. Put a diverse group of people in a room and lock the door until they reach an agreement!

Melissa also shared stories of how “fast, light and easy” pop-up activities linked to grass-roots initiatives have enabled conversations and can lead to permanent benefits. By bringing people together, pop-ups can facilitate community connections and skills development and be a catalyst for local action.

Pop-up became a key word in the debate, and one audience member suggested that ‘pop’ in pop-up is an acronym for “Potential Opportunities Pursued”. But, said Steve Maslin, we have to make sure that pop-ups, and temporary activities like Bristol Green Capital 2015, are not just ‘a party’, after which the content fizzles out and no legacy lives on. And what about the consequences of pop-up funding that leads to pop-up strategies?

Steve Maslin argued that systems thinking is needed to build resilient places. From the audience, Darren Hall suggested that a values-driven, rather than cost-led system could unlock value. Perhaps more devolution is needed for cities/neighbourhoods/communities to enable decision-making guided by values? Who should have the power and take leadership, and how can they be accountable to their communities?

Melissa Mean called out house builders, asking whether they are really land traders, dealing in investment opportunities and assets. What benefit do they provide to the communities in which they operate? Are they too risk averse to engage in a conversation with local people?

So, we need to take risks and experiment in our practice to create good places, and be agile and flexible to reach different people – but what risks do we accept? Does the public trust people in power to be experimental, asked Barra Mac Ruairí, and suggested that it’s easier for an individual to be entrepreneurial than for a city council.

Steve Maslin said that short-sightedness is something that we correct with spectacles, to see better. Perhaps we need new lenses to view our places through. Whichever way we look at it, Winston Churchill’s words paraphrased by an audience member illustrate why short-term thinking is not a solution: “We shape our buildings, and then our buildings shape us”.

This debate in Bristol was part of the 2014/15 Debate Series: To a More Ambitious Place. The series explores, through four questions in four cities, how we can achieve our ambitions for our places and what are those things – in our culture, governance and practice – that are stopping us from fulfilling our goals? The next and final debate in this series takes place in London on 18th March 2015. Previous debates were in Glasgow, debating the practice of placemaking, and in Sheffield, exploring power in placemaking. Follow the series as it unfolds on twitter via the hashtag #GHdebate