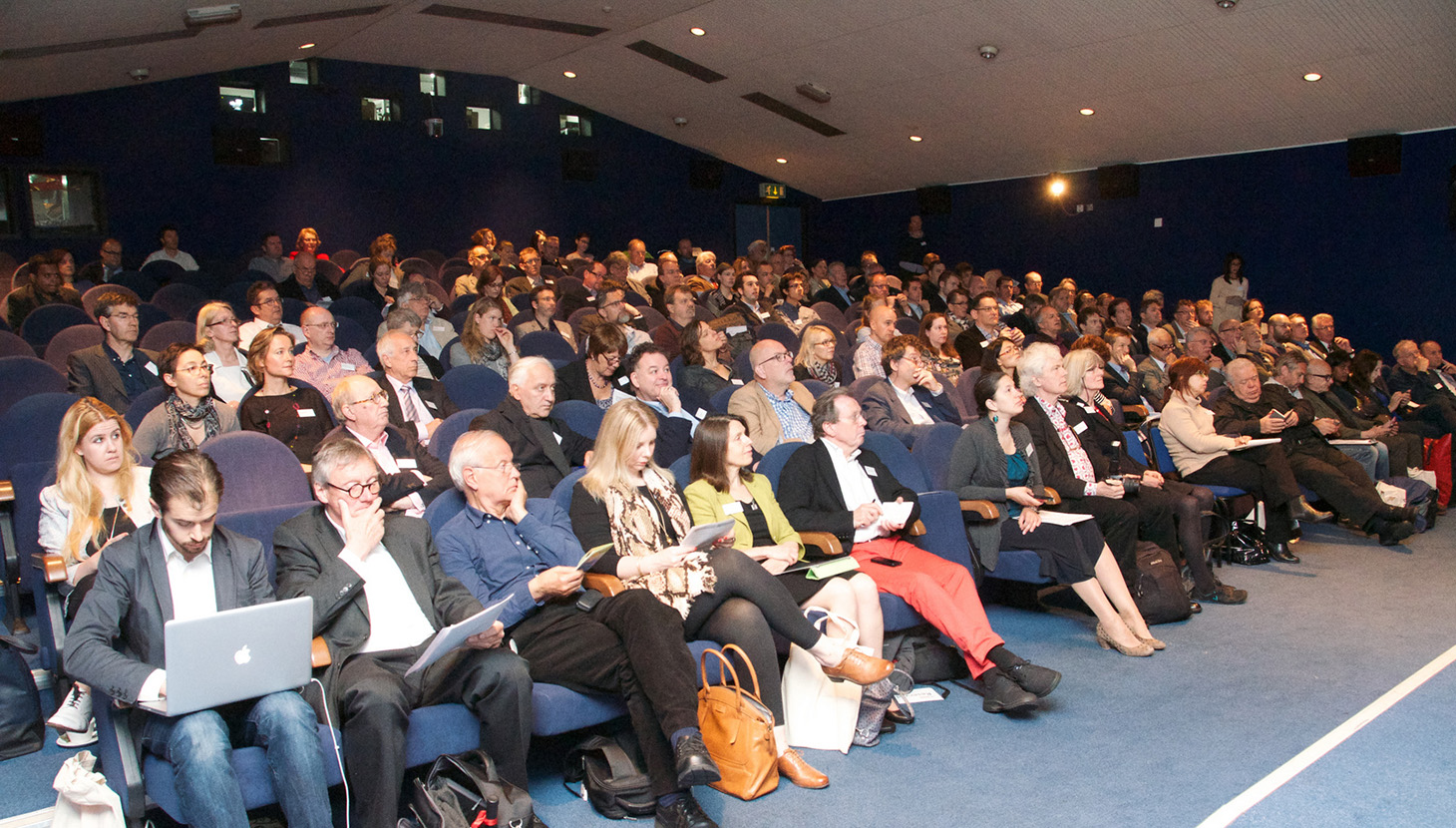 The Academy’s ninth Annual Congress took place in Bristol, a city named European Green Capital in 2015 and the winner of the AoU European City of the Year in 2009.

Setting the scene for Congress, Barra – relatively new to both the city and his role as strategic director of place at the council – spoke of the Bristol’s youthful and adventurous spirit, in spite of its visible roots as an ancient settlement. Barra talked the audience through the development of Bristol, staring in the 11th century when it existed primarily as a medieval wall city right up until the Civil War, which saw the demolition of much of the existing infrastructure and the subsequent rise in residential dwellings.  Then followed the period between the 15th and 17th centuries , which were dominated by the merchant traders. Then, in the 19th century the city’s status was realised with an infrastructural connection – by way of Temple Meads Station – linking Bristol to London and to the rest of the UK.

Today, Bristol is thriving. It has a high employment rate with high average earnings, 42% of the population is educated to a degree level and 27% of people cycle or walk to work. Looking to explain how Bristol had got to where it is now, Barra emphasized ‘scale’ as a leading factor in the success of a place and talked of Bristol as being a city that operates on the human scale or, the happy scale: integrated, innovative and intelligent. The human scale is one that allows for fun, he continued, citing the example of the street slide project which saw the streets of Bristol closed for a one day event in 2014 that attracted 100,000 to the city centre – in order to play.

Barra then touched on some future plans for the city. By the end of December 2018, Bristol will have new high-speed trains and the Metro West system will have been implemented. He also spoke of plans to develop an Enterprise Zone, for which an arena will be built, working to provide 4,000 new jobs, primarily within the core and growth sectors.

But despite its successes, the city is of course not without its problems, including a number of engineering and planning issues and social disparities, as well as health and affordability gaps. The city is working hard to tackle these issues and has a number of aims which incluse: a reduction in carbon emission by 40% by 2020, making sure targets are met with regards to affordable housing provisions and to support the growing independent food industry. Barra closing statement spoke volumes about his approach to his new role in Bristol: “I like to keep one eye on the past, one eye on the future and two eyes on the present”.

Kris Donaldson was next to the floor, and talked of Bristol’s pioneering status within the UK as 2015 Green Capital of Europe. Kris ran the audience through some of the key factors that led to Bristol securing the title, including: its focus on low-carbon emission, a reduction of landfill and energy use, the involvement of grass roots organisations in green initiatives, its legible cities initiative and – at the heart of everything – the pioneering mind-set and spirit of Bristolians.

Talking of the legacy of the award, Kris discussed plans to develop a learning programme for schools that would educate children on the role they can play in a sustainable future. There are also plans to turn to, and employ, the arts in order to make green issues more accessible and engaging, and also to stimulate a continued discussion through a series of international summits. Kris concluded by speaking of how Bristol will continue to place emphasis on nature, food, energy, resources and transport and look at ways of using the power of the local economy to promote growth.

Towards a Green Capital
George Ferguson, Mayor of Bristol & Founding Director of The Academy of Urbanism

The UK’s first directly-elected Mayor, George Ferguson, took to the floor praising the way in which Bristol is caricatured as a place that does things differently. George talked proudly of the high proportion of people cycling in the city, the commitment demonstrated by citizens to recycling and the wealth of ‘green’ education made available to children. He referenced Freiburg and Curitiba, and specifically the latter’s longstanding mayor Jaime Lerner, as sources of inspiration.

George talked of how the Bristol pound, launched in 2012, has been working to strengthen the local economy and to make it more sustainable. But George is clear that Bristol still has its work cut out. He shared that, in terms of future aims, he is looking to tackle the food distribution model, which right now sees most of the food produced within Bristol exported elsewhere. In place of this George explained that he wants to establish a co-operative to lower costs – both to the consumer and the environmental – and to reposition fairness at the core of the food production and distribution industry. George closed with a statement that spoke volumes as to his approach to welcoming those with new ideas to the city: “I want you to think about Bristol as a laboratory for change”.

Sue Riddleston opened with the declaration “I wish I lived in Bristol!” having judged the city to be more enabling for those that want to get stuck in and make a difference. Following this, Sue made a point that was particularly interesting to a room full mainly of professionals: she actually trained as a nurse. Having become sufficiently concerned about the impact we are having on the world, she decided to make a change.

Sue began her talk in earnest by fathoming the repercussions of the society we live in now, which lives off capital instead of interest. She stressed the need to decarbonise, especially in the UK, which has a large ecological footprint. In place of this current paradigm Sue put forward her concept of ‘one plant living’ as a part of the solution. Sue elaborated on the framework behind the ethos: zero carbon, zero electricity, zero waste to landfill, sustainable transports, buying locally; it seems that living to these principles, seen in BioRegional’s BedZed development in South London, equals happiness and health. In terms of her process to overseeing the implementation of some of these factors, Sue explained that her approach is to challenge negative behaviors through positive engagement and consultation with the community, tackling detrimental actions as one. 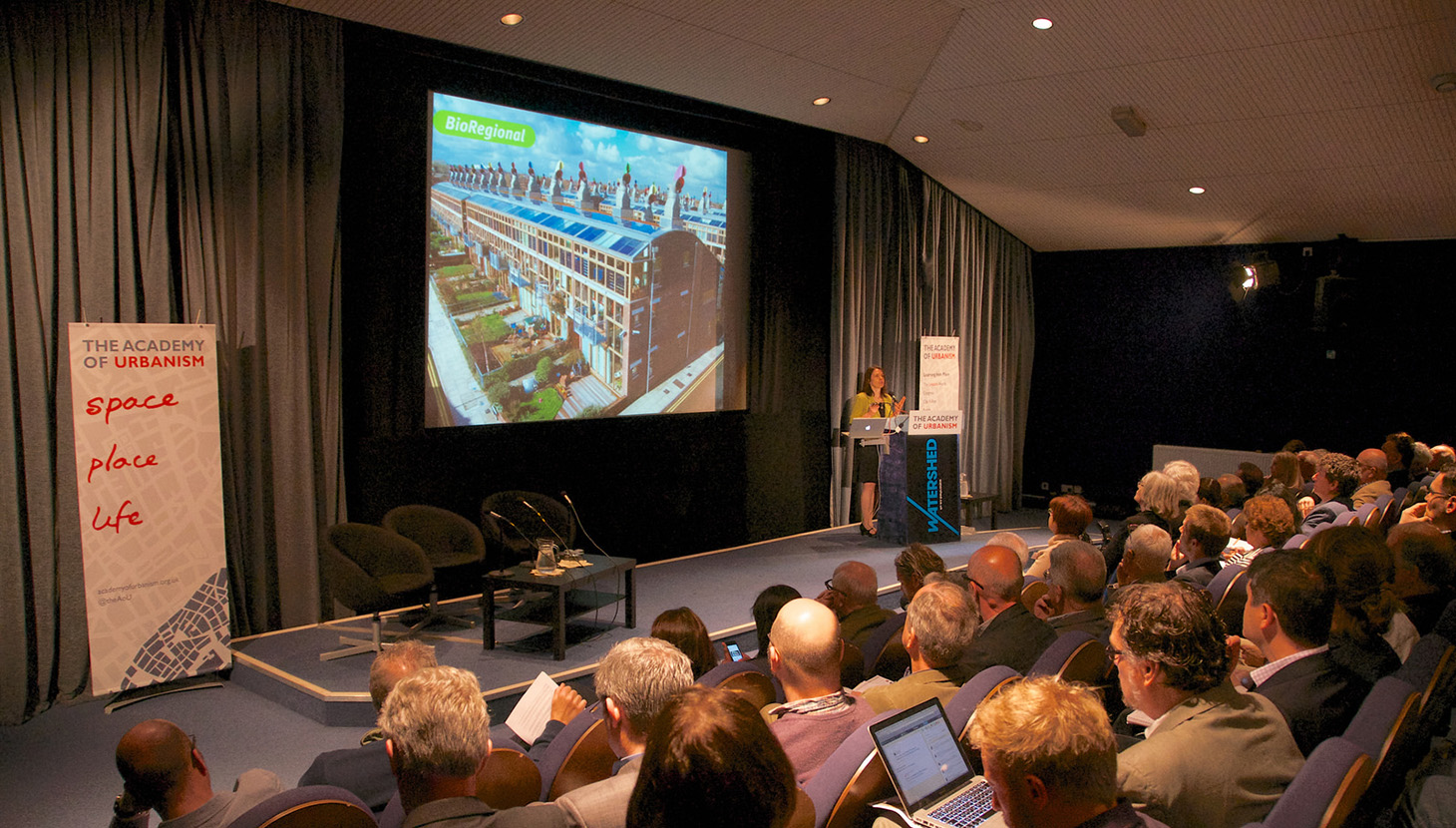 Next up was the former chief planning officer from Freiburg, Professor Wulf Daseking. He praised Bristol on a number of qualities – but had proposal for improvements. He stressed the importance of inviting and integrating young people into urban processes. For Bristol, Wulf believes that this means moving the university inside the city so that the energy and ideas bubbling through the campus can spread. Transport was another leading topic and, as already implemented in Freiburg, he put forward that car parking places should be reduced in number to see a decline in car traffic. Housing was another point of focus, with Wulf encouraging cooperative arrangements and more mixed-use developments, especially promoting the arrangement of working and living in the same building.

His final piece of advice for Mayor Ferguson? Wine. 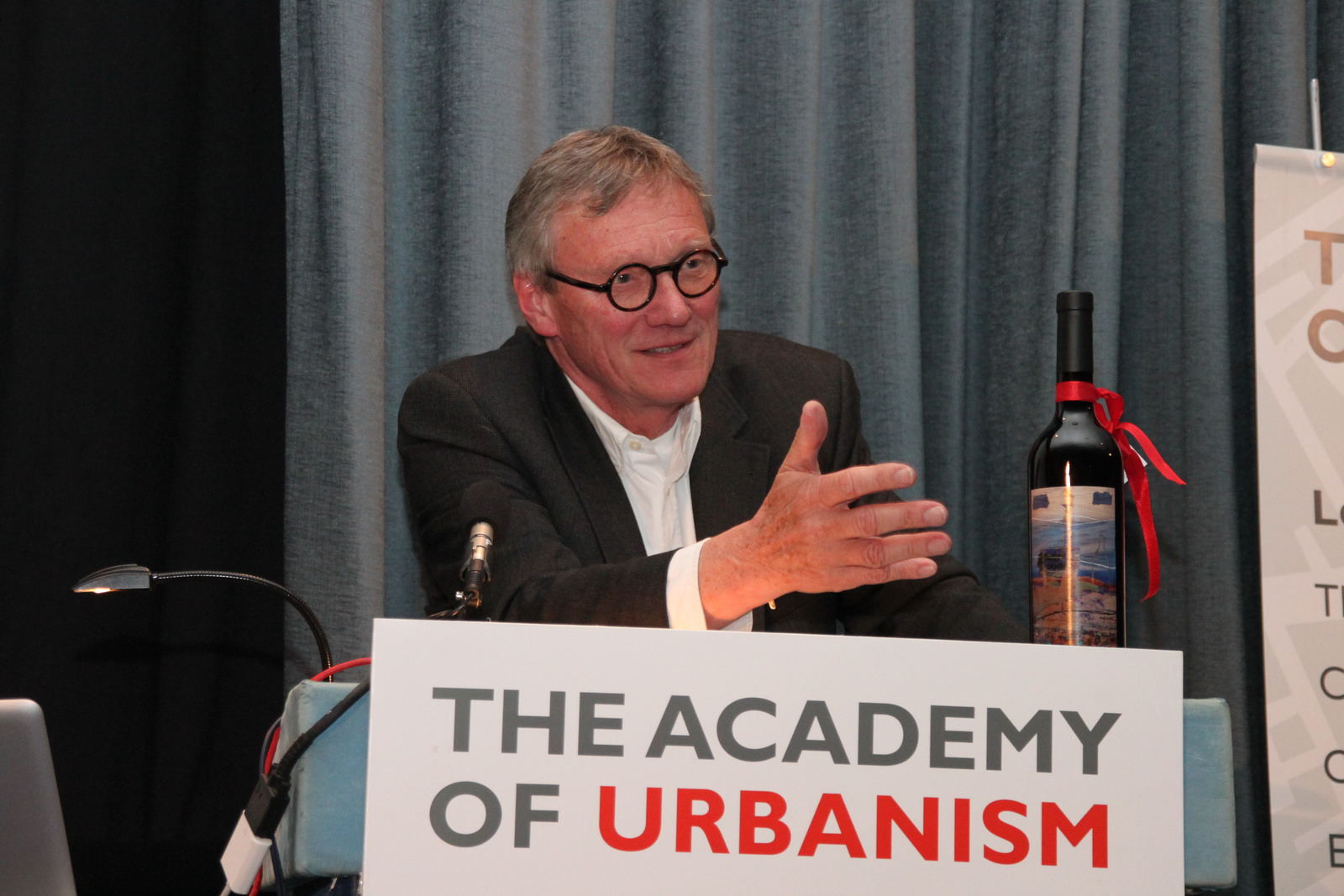