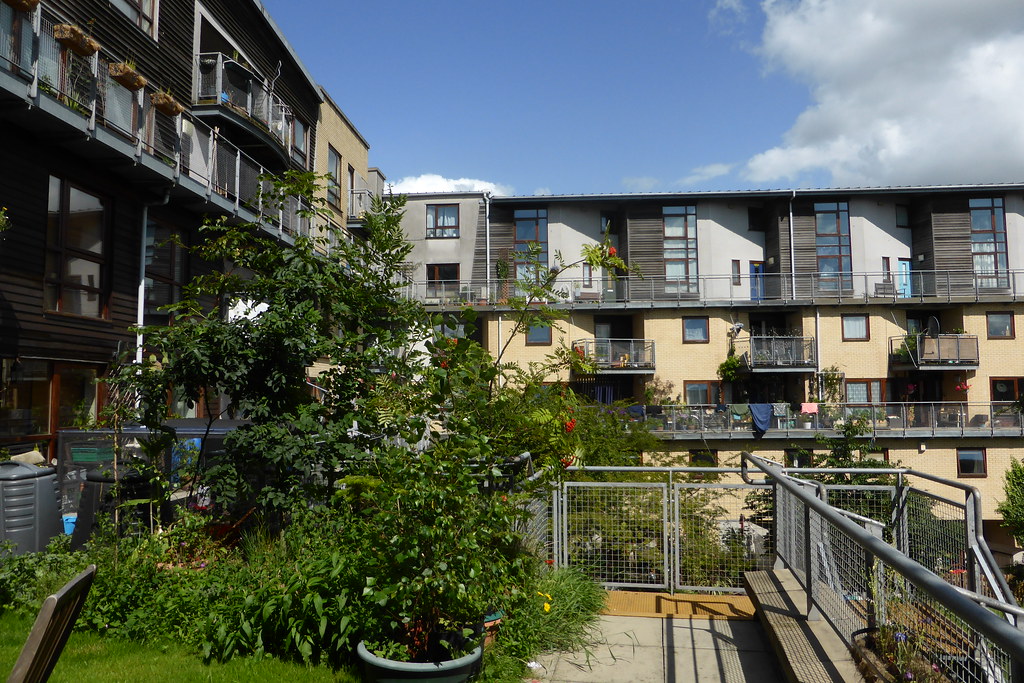 1. Strong leadership from local government
The revival of Hulme – and the doubling of the local population – is a remarkable achievement for which the council, housing associations and the community deserve enormous credit.

2. Great places require endurance
Turning round the fortunes of a failing place is a long-term job, requiring leadership, determination and a spirit of confidence and optimism.

4. Resilience is the sum of many parts
A mixed community is more likely to be sustainable and resilient in a place where a wide variety of people choose to be, rather than where they end up.

5. Celebrate history and culture
Community organisations and activists are the guardians of the history, culture and spirit of the place – they have an especially important role to play in a time of rapid change.

Hulme, an inner urban area on the southern edge of Manchester city centre, expanded rapidly in the 19th century, with densely packed terrace housing, mills and other industry. By the start of the 20th century, its population was around 80,000. In the 1960s, much of the old Hulme was swept away and slum housing was replaced by new council homes including the soon-to-be notorious Crescents. Considered to be one of the worst housing schemes in Europe, the Crescents was a disastrous failure with chronic problems relating to damp, heating, pest infestation, crime and safety. By the mid-1980s, Manchester City Council had stopped taking rents and, despite the emergence of an alternative subculture, demolition began in 1991. In that year, the population was less than 7,500, 98% of the housing stock was council-owned, and about 30% of the properties were vacant.

Hulme is a large area and we did not have time to visit the recently redeveloped High Street or any business locations. We did see Manchester Metropolitan University’s (MMU) £140m Birley Campus, which opened in 2014, and our itinerary also included:
• Z-arts community arts centre
• the Homes for Change housing co-op
• Hulme Community Garden Centre
• the Hulme Arch Bridge

Manchester City Council played a pivotal role in kick-starting the regeneration process in the early 1990s and seizing the opportunity created by City Challenge/SRB. If that was a reflection of effective civic leadership and political acumen, a pivotal role was also played by the planners: the Hulme Guide for Development set out design principles aimed at restoring a coherent, connected urban form to an area that had been fragmented by the Crescents and other developments. We were also given an insight into local governance: Hulme is part of the Central Regeneration Area; a Hulme Ward Plan is produced, drawing on an extensive engagement process.

This was the subject of much discussion. The Hulme Guide for Development called for “… development that is both human in scale and urban in nature … physically and socially integrated with the rest of the city, encouraging … exchanges of movement and resources … offering a wide variety of uses for people to live, shop, work and relax”. Our impression is that much of that has been achieved, but there was some disappointment that the quality of development achieved has generally been so prosaic and anonymous. Hulme is clearly a much happier and more sustainable community but there is not much local character or distinctiveness in the built environment. The Homes for Change housing co-op is remarkable in all kinds of ways, but its beautiful tiered gardens are hidden inside a fortress-like block. The Birley campus sets the bar much higher although it is too early to judge its impact on the wider neighbourhood.

Hulme is now a safer and more comfortable place, and there have been sharp reductions in recorded crime and anti-social behaviour. It would have been helpful to see Hulme High Street, described as “a thriving district centre”, and the outdoor market. All the essential social infrastructure is available locally, and Z-arts is a lively cultural centre, but other leisure and entertainment options appear to be limited. The public realm around the Birley campus is of a high standard, and the Hulme Community Garden Centre is an ambitious community enterprise and a delightful oasis. Hulme Park is serviceable and well cared for, but not especially enticing.

Hulme is essentially a residential community given the proximity to the city centre and other business locations. However, the self-evaluation report says that there are 1,300 VAT-registered businesses in the area, mostly SMEs. UKFast.Net Ltd relocated to Hulme in 2013, and there is managed workspace for small and start-up businesses.

Hulme’s urban form encourages walking and cycling. In 2013, the City South Manchester Housing Trust won a National Energy Award for the most energy-efficient retrofit of the year – a £25m scheme to refurbish 11 tower blocks in the area. The MMU Birley Campus achieved BREEAM Excellent rating. Features of the site include the use of combined heat and power, water storage, boreholes and a landscape designed to support biodiversity.

Hulme was widely perceived to be a failing community when the regeneration process got underway in the early 1990s. It is in a far better place now, not least because the area offers a good mix of housing by type and tenure. It is attracting first-time buyers and there is a growing student population. This is still a relatively low-income neighbourhood with above-average levels of unemployment and deprivation, but it is evolving into a successful mixed community. We heard good reports of community relations in this ethnically diverse area.

Connectivity within Hulme has improved immeasurably since the Hulme Guide for Development principles were applied. The permeable street layout encourages walking and cycling, although the streets were quiet when we visited. Bus links to the city centre appear to be adequate, but Hulme is not served by the tram network.

The revival of Hulme – and the doubling of the local population – is a remarkable achievement for which the council, housing associations and the community deserve enormous credit. Hulme may not set the pulses racing but it is a testament to the virtues of the ordinary: a successful and sustainable neighbourhood with a good future. People are choosing Hulme as a good place to live and bring up a family.