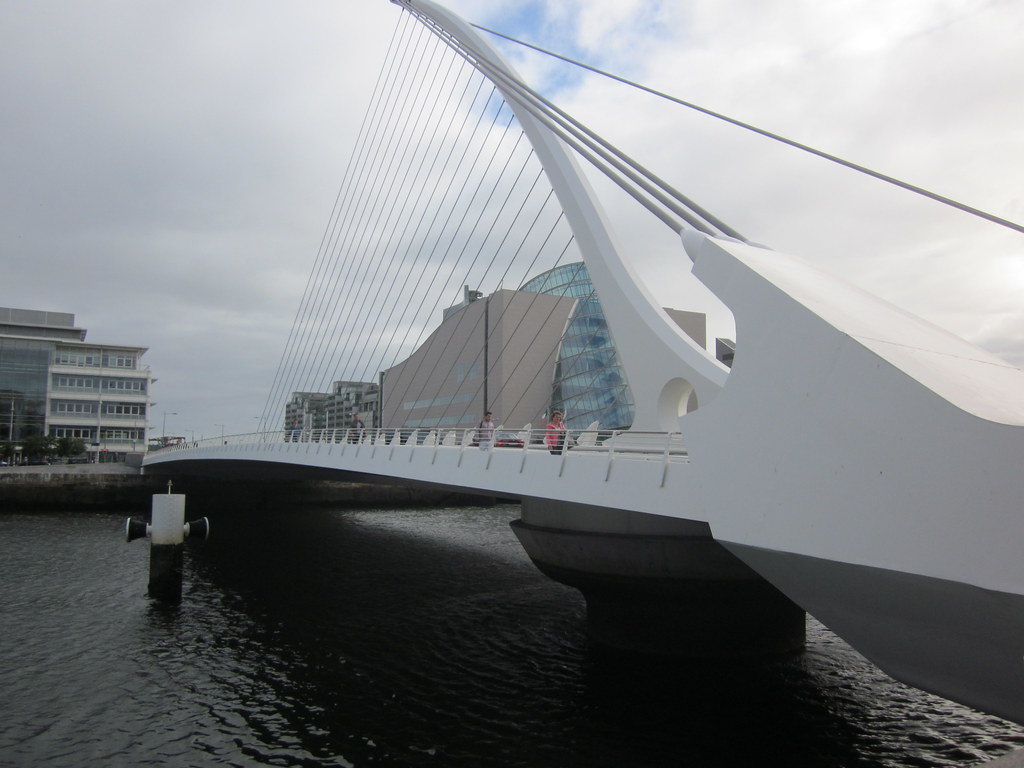 The planning processes behind the Grand Quays development have created a high value residential and business district which has been able to attract major international investment critical to the survival of the Dublin and Irish economy without compromising the quality of the architecture, the public realm or the wider benefits to the city.

The development of the Luas, the DART and new bridges has been integral to the economic success of the incoming businesses. They are part of much wider networks and have also benefited access by local residents.

Neighbourhoods are based on the interaction and commitment of people and residents, take time to develop and are both diverse and sustainable. Sustainable neighbourhoods are created by residents who commit to living there – in the case of the Grand Canal Quarter they will include new residents who buy in alongside the original population. It is probably too early to describe the Grand Canal Quarter as a ‘great neighbourhood’ but that does not mean it will not develop as one.

Without significant contributions financially and socially, and without training from incoming business it is hard to bridge the gap between new and old communities. Successful local businesses (such as Windmill Studios and Telefonica) provide genuine community benefits, but the locals are not gaining significant economic spin offs from the development yet.

The Grand Canal Docks area, a once derelict site close to the city centre, was developed from former working docklands on the south side of the River Liffey under the auspices of the Dublin Docklands Development Authority. Grand Canal Quarter, the former Bord Gais site, is a significant part of this regeneration and is a model of well-managed urban redevelopment. The planning and delivery processes has created a high value residential and business district which has been able to attract major international investment, critical to the survival of the Dublin and Irish economy without compromising the quality of the architecture, the public realm or the wider benefits to the city.

Government departments have understood the need to develop good transportation links to ensure economic viability and sustainability. The Luas, Dublin’s tram, Dublin Area Rapid Transit, and new bridges joining both sides of the Liffey have been integral to the success of the incoming businesses. The redevelopment of the area has also encouraged and improved pedestrian and cycle routes.

The Grand Canal Quarter area has a strong economic bias but it is also an exemplar of active local community involvement. The St Andrew’s Resource Centre was established in 1973 to help resolve the appalling social and housing conditions that existed at the time. It is led by a very strong personality, Betty Ashe, who has the ears of Ministers and other politicians and ensures that local people have a say in the redevelopment, and that Grand Canal Quarter benefits from the involvement of existing Docklands residents in the distribution of uses in the new areas and design of the residential units. As a result, 20% of new housing is social housing, invisibly mixed with high value private homes.

The community involvement also extends to the provision of skills training for local residents to enable them to benefit from the improved job opportunities in the area, and to get more than the low paid work. It is more difficult to provide local training and employment opportunities through the HR departments of international corporations such as Google and finance companies than it is to place the unemployed with former SMEs where relationships could be established; however, these operations have disappeared. Without significant contributions from incoming business it will be hard to bridge the gap between new and old communities. Some successful local businesses (such as Windmill Studios and Telefonica) are providing genuine community benefits.

Neighbourhoods are more than buildings and businesses – they rely on the interaction and commitment of residents and businesses. Residents who commit to living here will help create a socially integrated neighbourhood linking the new residents and the original population. Currently, it is probably too early to describe the Grand Canal Quarter as a thriving neighbourhood, but that does not mean it will not develop as one. It is only 10 to 13 years old and is still a new, raw development, however it benefits from a very high quality of design, connections and community involvement and has all the ingredients to mature in time.