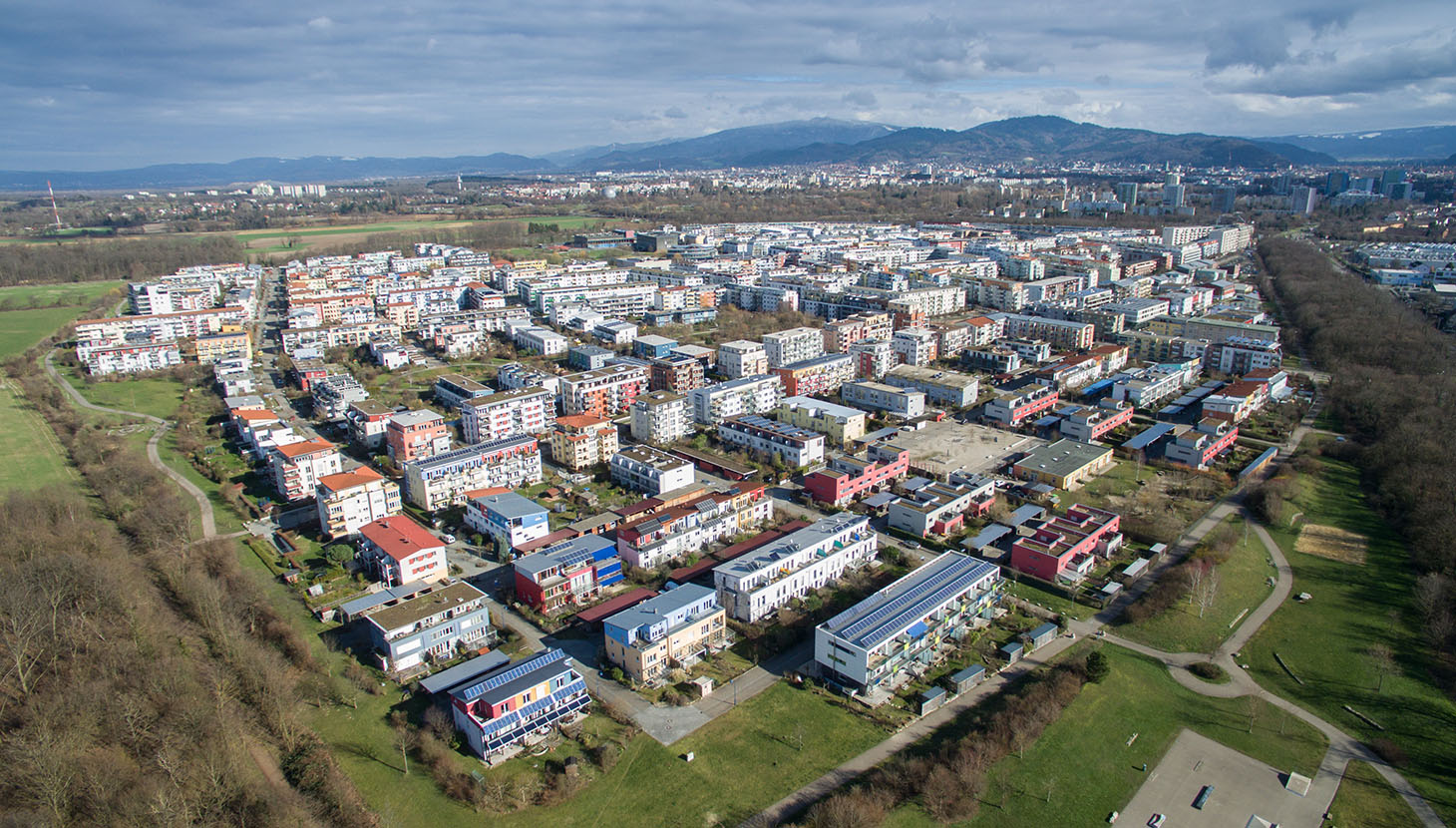 The government’s Housing White Paper provides a vital opportunity to engage with one of the biggest issues of our time, next to Brexit, which is how to double housing output and make our cities fairer and more sustainable. To respond to it, a group led by Jon Rowland AoU put together a volume of evidence, and the results have been turned into an illustrated report now published on The Academy of Urbanism website. Nicholas Falk AoU and Jon Rowland AoU report.

This report is based on discussions initiated by the AoU in response to the consultation on the UK government housing white paper. These were prompted by responses from Academicians, who now number almost 600. The report is illustrated with examples of good practice largely drawn from places assessed as part of the AoU’s awards, which include outstanding British exemplars, such as Newhall in Harlow, as well as European icons, such as Rieselfeld in Freiburg, Germany. We have also included some examples familiar to team members that are not so widely known, such as the Millennium Community in Telford and schemes such as Aspern Seestad in Vienna or the extensions to Montpellier in France, which has been shortlisted, and the Southern Fringe of Cambridge, which could well qualify for a future award.

The fundamental conclusion is that there are many individual examples of good housing but the schemes are too small to meet national objectives. We therefore suggest 10 themes for ‘going to scale’, not just to help double housing output, but also to create many more great neighbourhoods where people want to live out of choice rather than necessity. This will not only meet government objectives, but will also secure investment that pays off for all over the long, as well as the short term. They could be turned into a new set of questions to ensure that future awards seek out and celebrate the best examples, which are often to be found in the suburbs or smaller towns as well as in the centres of great cities.

Altogether, 180 places have been assessed as part of the Academy’s Awards programme but relatively few of these involve significant amounts of new housing. Our hope, however, is that we can ‘go to scale’, and not just rejoice in a few exceptional schemes. While the aspirations in the white paper are laudable, the quality of housing in recent decades has been largely disappointing, despite a wealth of good advice. Publications and advice from CABE and other agencies, together with assessment systems such as Building for Life, mean that nobody should be in any doubt about what we want to achieve. But we still largely fall short of these standards, even when everybody involved has the best of intentions. 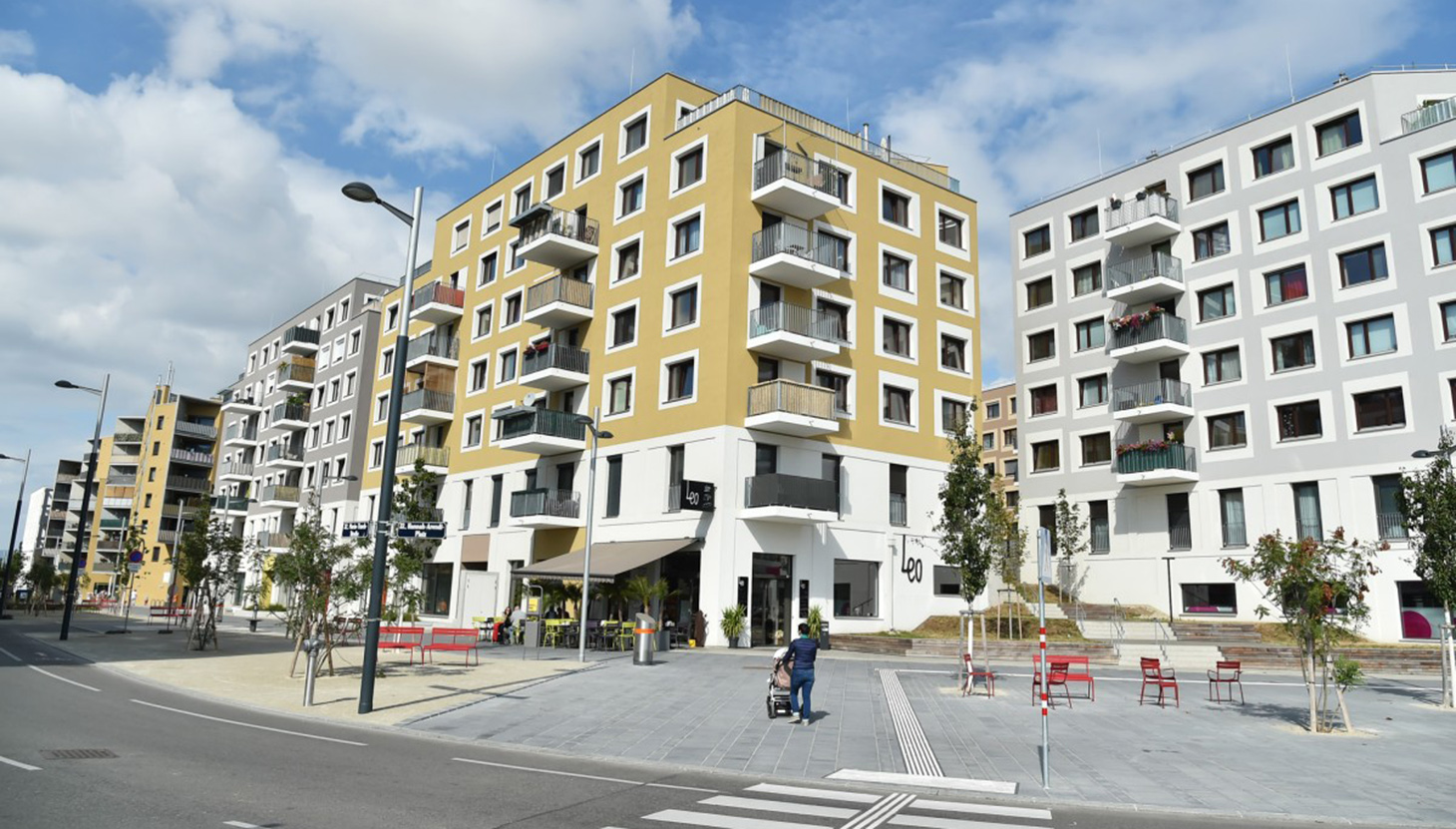 We must tackle the roots of the problem, as our system currently mitigates against quality development. We should re-learn the lessons from the post-war new towns and development areas as well as from other countries that manage to do better. The British planning system is dysfunctional, the industry is dominated by a small number of housebuilders and land is overpriced. Quality and volume will remain elusive unless these issues are addressed. The discussions with Academicians suggest the following 10 messages to ‘fix our broken housing market’:

1. Develop in the right places

The planning system has become technical and adversarial. Sites that get developed are those that are left after all of the constraints have been applied. Indeed, the ‘viability test’ in the national policy planning framework rules out places where there is not yet a developer. The solution is to rediscover a positive approach to planning based on a strategic vision of the future shape of settlements that joins up new development with infrastructure.

We cannot plan effectively for new housing without a better mechanism for resolving where spatial growth should be encouraged or discouraged. The duty to co-operate is no substitute for a system that plans for the needs of a place regardless of administrative boundaries. Nor are occasional consultancy studies sufficient to fill the gaps.

We need a system similar to that in Germany and much of northern Europe so that the increase in value of land allocated for development is pegged. We also need to ensure that the value created by development is captured to fund local infrastructure, improve the quality of development, and secure better balanced neighbourhoods.

We need to open up the housebuilding market to a much broader range of players, including small-scale builders, housing associations, local councils and self-builders. This will create greater variety and experimentation, increasing choice and reinvigorating the market. It should also encourage landowners to bring forward land that is poorly utilised at present, including those with a longer-term perspective.

We will not achieve quality of large schemes without reinventing the role of the master developer, based in part on the model of the great estates that built much of central London and parts of our provincial cities. A master developer may be a private company or a development corporation whose role is to devise a masterplan and design guidance, assemble the land and provide infrastructure, and package sites for a range of smaller developers.

6. Reinstate a positive role for the public sector

On large sites, there is a role for the public sector as a partner or even a lead in the master developer role. Councils should be empowered to build homes directly both for rent and for sale, which means being able to borrow long-term. They should use their planning, compulsary purchase order and borrowing powers to underwrite development, secure the public interest and ensure quality.

Many guides say all the right things but have no teeth. Instead, we have to put more time and effort into learning from what does and does not work, and then applying it in demonstration projects. Quality design results from a clear process by which a masterplan is developed and codified so that its principles can be embedded in plot sales and linked to the land in perpetuity. There is also a role for design panels, staff training and study tours to raise the ambition of everyone involved.

One of the problems with new housing is that it is opposed by local residents so that development becomes very contested and ‘dumbed down’. We need to open up a new dialogue with community groups and regulatory bodies, and find creative ways of involving local people in the process of design. This will be helped with a clear planning policy so that discussions about the principles of a development are not confused with discussions about how it is designed.

Speed of construction, delivery rates and absorption rates are major constraints on housing delivery. Most sites only sell 50-100 units a year and there is no point speeding up construction until this is addressed. This will require a greater diversity of product and tenure to appeal to a market beyond the traditional new house buyer — including, of course, greater use of modern methods of construction such as off-site fabrication.

10. Design for the future

Streets of houses should last for centuries and so need to be planned with the future in mind. Like the classic Georgian house, new homes should be flexible, adaptable and extendable. Development briefs should set the parameters of future expansion and allow conversion to office or even retail space provided that there is no loss of amenity to neighbours.

As there is no single factor that will make good the deficit, the UK has to be more ready, as in the housing white paper, to confront some unpleasant truths. No one profession holds the secret but, if urbanism means anything, it should be the capacity to cross professional and sectoral borders, as well as to understand the different motivations and constraints of the public, private and community or voluntary sectors. A good start was made in an event to mark the 50th anniversary of work starting on Milton Keynes, which among other things revealed the differences between the original consultants and the development corporation about how to create good places and reconcile town and country.

A subsequent meeting that drew together experts from both government and the Academy to come up with principles for developing different kinds of housing sites found some surprising common ground. For example, four of the five groups proposed using development corporations to supplement local authority and private sector capacity where large schemes are needed or appropriate. So, if we are to do better in putting principles such as the above into practice, we must learn from the mechanisms others have used to resolve conflicts and build to scale!