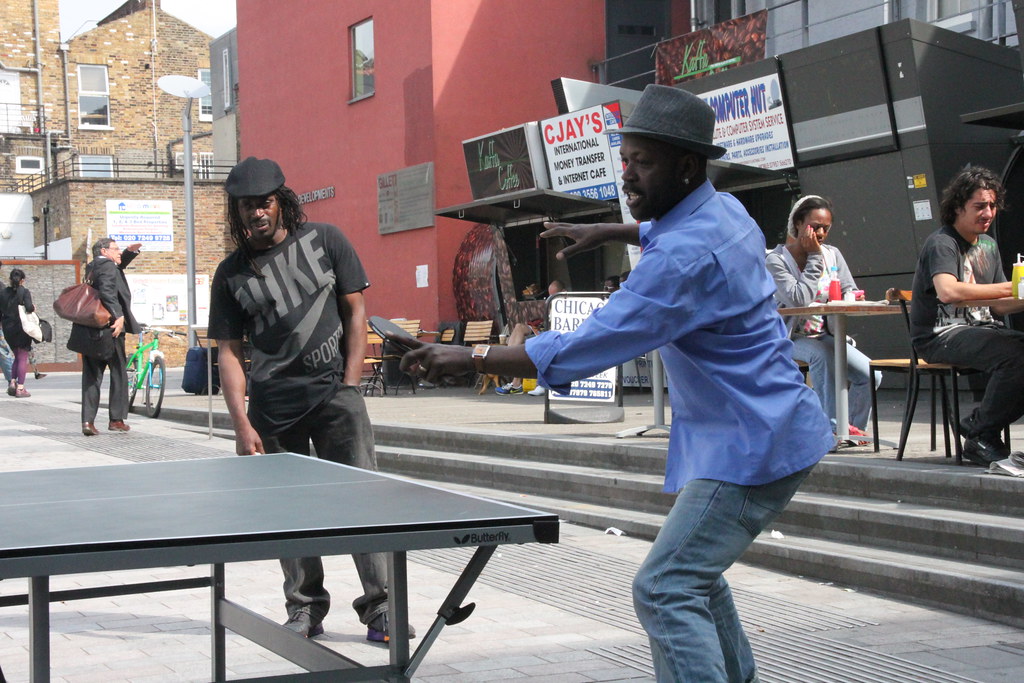 1. With a clear plan and vision for the future, the Gillett Square Partnership (GSP) has made great strides in delivering a significant development scheme, laying the foundation for further transformation, which acknowledges that they have come a long way, but still have a ways to go

2. The decision-making process in the development and management of Gillett Square significantly engaged local stakeholders and the community, and openly acknowledged there were lessons learned from the process that would make it better, more efficient, and more inclusive in the future

3. As one of few open spaces in Dalston, and the only traditional “square” of its kind in the neighbourhood, Gillett Square provides a functional public space for residents and visitors alike, with the potential for further coherent development with the adjacent Bradbury Street

4. Perhaps less distinct and unique than other public squares spotted throughout the UK, Gillett Square has the potential for future design and construction to enhance its sense of place and character

5. Located in the heart of Dalston, Gillett Square is well connected, yet simultaneously hidden, combined with the fact that it is partially completed and rather vacant on two sides, it is sometimes perceived as an area for vagrants, but there is much potential to further develop the space to ensure a long-term revenue stream and improving presence in the vicinity

The physical and cultural development of Gillett Square, so far, although quite remarkable, does remain a vision in progress. It has come a very long way in the ten years since the formation of the Gillett Square Partnership in 2001 and now, in 2011, the partnership continues to have a clear vision as to where it needs to be and what it needs to do in the next ten years, despite the recent and continuing economic constraints that dominate everyone else’s thinking.

The square has been created almost from nothing by a ‘coming together’ of a diverse group of stakeholders aided by, amongst many other initiatives, the Mayor of London’s urban spaces project and by direct funding from central government. It was the Borough of Hackney’s, longstanding initiatives by the ‘Hackney Co-operative Developments CIC’, in the Bradbury/Gillett Street area, that engaged the interest of the developer who had purchased the Stamford Works, adjacent to the square. What is most remarkable in all this however, is the commitment of the local community shown by their ‘joining in’ and sharing of a long term vision that has resulted in the square and its constituent parts making a very significant, vibrant and inclusive contribution to the community, becoming a physical testament to what can be done if the special ingredients are found and the right formula applied.

The story behind the process is fascinating, but it does show just how difficult and time consuming it is to chart a path through the many barriers that have to be removed or avoided in order for progress to be maintained. The importance of having the right ‘personalities’ involved is also revealed by the various reports and explanations from those who are directly involved or who have taken the time to enquire.

The story of the creation of the Dalston Culture House that provides the venue for the Vortex Jazz Club and for several other less well known cultural activities, including the pioneering arts community ‘Studio Upstairs’ is, in itself, inspirational.

The opportunities provided to create a new, small businesses and employment are not only ground-breaking but also contribute to achieving a truly sustainable space that in turn contributes to a viable inner-city neighbourhood. It is the case that local communities will only flourish when they engage and exchange with the wider world to ensure they endure economically and culturally and survive the endemic economic cycles of boom and bust. This endurance will provide the best opportunity for sustainable economic development and neighbourhood renewal.

Adam Hart’s* assertion that “the process needs to provide for all parties to be prepared to change and create a whole which is greater than the sum of their parts” is true and provides the basis for some essential research into ‘achieving sustainability in our urban communities’.
Rather than re-iterate all that has been said and written about the partnership that provided for “real” regeneration and created Gillett Square, Adam Hart’s paper “A neighbourhood renewal project in Dalston, Hackney: Towards a new form of partnership for inner city regeneration” is recommended reading.