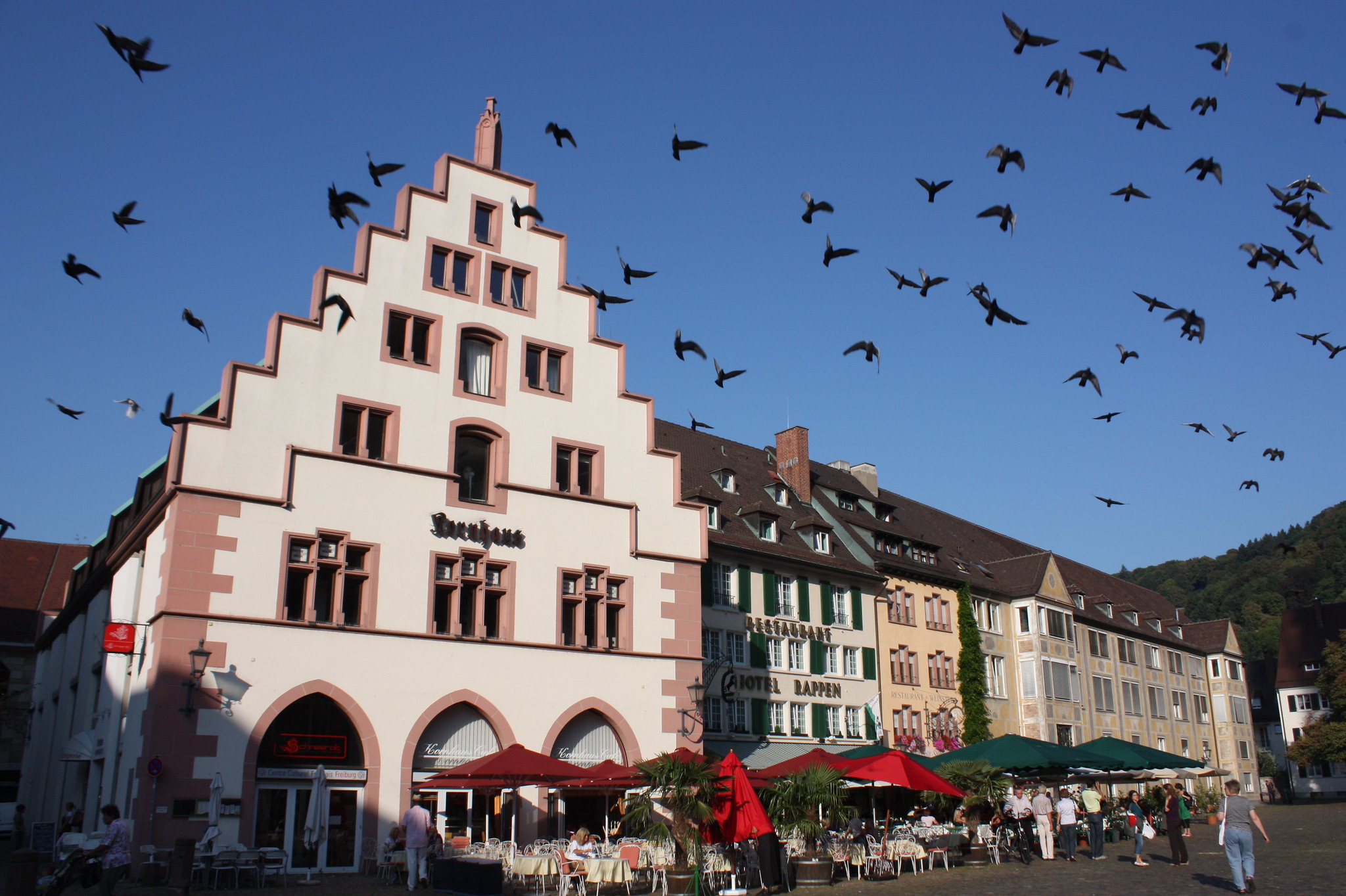 Freiburg has positioned itself as a ‘green city’ which seeks to be a model for sustainable development across the globe. Under the leadership of Dr Dieter Salomon, the Lord Mayor, who represents the Green Party, the city is run by a coalition of parties committed to this vision and philosophy which has underpinned the development of the city for the last 30 years. This is embraced by the business community and local population who are actively engaged in finding new ways of developing and managing the city on a fair and inclusive basis. In this regard the city benefits from a highly educated workforce and a Council which is committed to consulting with and engaging local people in the planning and implementation of change.

Freiburg combines the distinctiveness of an historic Southern German city on the edge of the Black Forest with ground breaking sustainable communities developed for the 21st Century. This combination of traditional and modern ways of place making results in a unique and distinctive place which is becoming recognised internationally. Underpinning Freiburg’s approach is a clear approach to design and development which seeks to incorporate individuality within a strong collective framework. The result is a city which engenders a strong sense of place and belonging with evident pride in and care for the environment which permeates all parts of Freiburg.

As a result Freiburg offers its inhabitants a high quality of life and has been successful in attracting and accommodating a growing population which has increased from around 180,000 to 220,000 in the past 20 years. The city also attracts a growing number of visitors drawn by the quality of its urban environment and surrounding countryside and its international reputation as a model for sustainable development. For residents and visitors alike the city is a relaxed and safe place. The pedestrianised historic city centre and accessible neighbourhoods are complemented by high quality hard and soft landscaping bringing the greenness of the Black Forest into the heart of the city.

Freiburg is a successful city economically with employment having grown from around 110,000 to 140,000 over the past 20 years. This has been driven by a focus on higher education, research and green technologies and tourism and visitor related activities. The city’s environmental credentials and quality of life offer have acted as a powerful attraction to businesses and employees creating a virtuous circle of sustainable growth. While it is unclear the extent to which this has been a direct result of policy, Freiburg is situated in a part of Germany which has seen strong growth – it is evident that the authorities have had a substantial influence on the nature of private sector investment in the city. This is as a direct result of a positive approach to the planning, development and management of the urban environment.

Freiburg serves as an exemplar for sustainable city development. While the context is a prosperous, medium-sized German city with limited social and ethnic diversity, the city has pursued progressive social and environmental policies for the past 30 years and continues to push the boundaries. New neighbourhoods are planned and developed on a fully inclusive basis mixing social and private housing. Maximum use is made of renewable forms of energy and alternatives to the car are actively encouraged. This approach appears to have the support of residents who enjoy active, outdoor lifestyles and have embraced the city’s ambition to be a model for sustainable development.

Freiburg functions well. It comprises a clear historic core which accommodates retail, leisure and cultural activities surrounded by local neighbourhoods which are able to support a range of local facilities. These are connected by an integrated public transport network supported by cycle and pedestrian facilities. These are all well used and enable high levels of social interaction. Use of the car is accommodated but kept under control. Parking is largely removed from the public realm both in the city centre and in new neighbourhoods. However commercial facilities enjoy good access to road and motorway networks. Overall the city achieves an effective balance which encourages the use of appropriate forms of transport and supports activities across the city.

Freiburg is self evidently an exemplar for sustainable development. Its progressive approach is attracting interest from around the world and the City is keen to share the lessons it has learnt over the past 30 years. In this regard it is a strong candidate for the Academy’s Award for European City of the Year. Freiburg has much to teach us