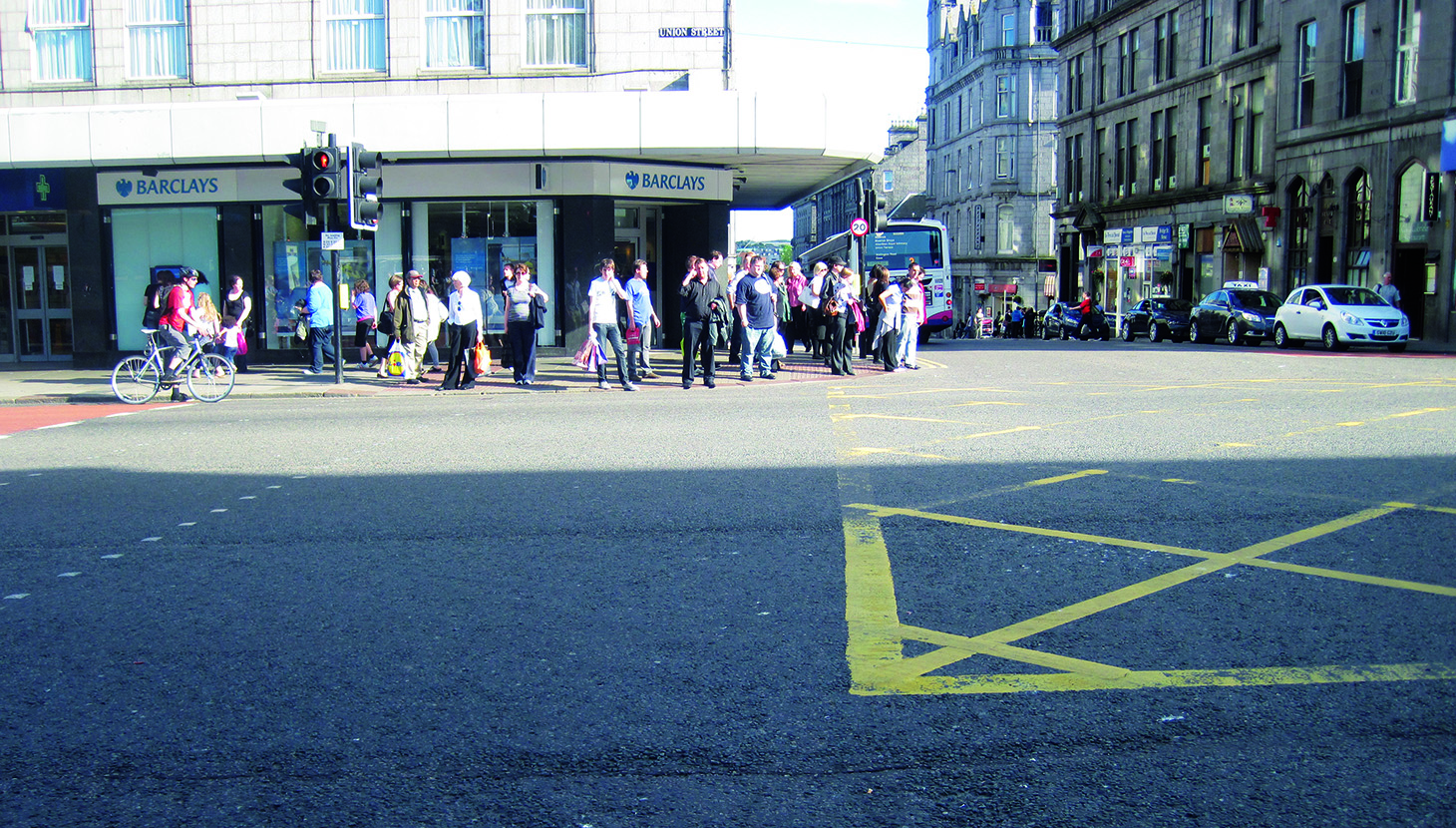 It is not easy working as an urbanist in a time of recession. In the late 1990s and early 2000s there were plenty of people who wanted to build things, land values were positive and change seemed possible even in the most deprived neighbourhoods. The job of the urban designer was to mould and shape this development pressure into successful urban areas. It was therefore quite a shock in the autumn of 2008 to see this development pressure evaporate seemingly overnight.

Suddenly no one wanted to build anything, and the notion of masterplanning seemed slightly absurd. The question became not how can we shape development, but how can we make something (anything!) happen? In the parts of the country with the strongest economies, the downturn might have felt like a temporary, and not entirely unwelcome, respite from the relentless pressure of development, an opportunity perhaps to take stock and plan. However many of the weaker urban economies had seen development take place only at the high watermark of the boom. They faced the prospect that it would take years to return, if indeed it ever did.

It has been a long time since we had such a property slump and to many of the young planners, architects and urban designers we work with it is a novel situation. It reminds me however of the dark days of 1979 when I moved to Manchester to study planning and again of 1990 when I started working for URBED. Indeed the type of work that many urbanists have found themselves doing in the years since the Lehman collapse reminds me of the early part of my career. Rather that the grand masterplans and iconic architecture of the 00s the current environment is all about working incrementally, stimulating activity, bring buildings back into use bit by bit, promoting meanwhile uses, working with artists and independent businesses and using festivals and events to generate interest.

This is difficult and messy work and much harder to do in today’s risk-averse, health and safety world than it was in the early 1990s. However it goes back to the roots of why I got involved in urbanism: it is all about generating diversity rather than stifling it, which, in hindsight, was the result of many a commercial masterplan.

So in October 2010 when I was asked to present a paper to a conference in Bradford being organised by Beam on the theme of Creativity & Regeneration in the New Economy, it seemed a good opportunity to explore the link between recessions, urbanism and diversity. What I realised was that many of the urban places that we consider success stories were born in times of recession. Covent Garden grew out of the three-day week of the 1973/4 recession when London’s economy had slumped. Yet when the market moved out of Covent Garden the area filled with small creative businesses on short-term leases and a campaign was successfully waged against the GLC’s redevelopment plans for the area. Something similar was happening in Camden Lock and North Laine in Brighton where, creative uses colonised areas blighted by road schemes.

A few short years later came the Winter of Discontent in 1979 that heralded the recession of the early 80s and its Monetarist ‘cure’ of the Thatcher government that so harmed the industrial north. These were the dark days in which the seeds of Manchester’s recovery germinated with the birth of Factory Records and developers like Urban Splash. Then in the early 1990s came another recession which saw the emergence of Glasgow as European Capital of Culture and a remarkable if unfortunately short-lived renaissance in Bradford.

Received wisdom suggests that these three recessions ripped the heart out of our towns and cities, as whole industries went to the wall, leading to mass unemployment and urban depopulation. Without wishing to belittle the pain of these recessions, it was also the case that this decline created space for new ideas to emerge, for diversity to flourish and for values other that the maximisation of profit to take root. Were it not for these recessions we wouldn’t have the cities that we have today.

Recessions hold within them the seeds of recovery. What would you do if you were made redundant next week? In the last few years it is something that most of us have had to think about and many have experienced. People react to redundancy in very different ways. To some it is a blow to their self-esteem and financial stability that they never really recover from. To others it is an opportunity to do something different, to start a business, to take a lease on a vacant building and let it to people selling alternative clothing (which is how Urban Splash started).

This is the stuff that urban economies are made of. If you look back to the beginnings of many of today’s successful small and medium sized companies, I suspect you may find a disconsolate person clutching a redundancy cheque. If not this then you might find a graduate unable to get into their chosen profession and dabbling with computers or indulging their passion for music or graphics. My son is currently working 12 hours days for no pay on an independent feature film with a crew of 40 people all in the same position. This is not something that would be happening if they had all been sitting comfortably on the first rung of the career ladder. Recessions therefore create not the just vacant space to be filled, but people with time on their hands and energy to channel to fill this space. Recessions are incubators of new ideas and business.

Figures from the Office for National Statistics show that while the total number of businesses registered for VAT and PAYE fell by 2.4% between 2009 and 2010 in England and Wales, the number of new business registrations per month rose from 32,412 in March 2009 to 40,748 in March 2010 year, an increase of more than 25%. You would think that the best time to develop a new business would be in a time of economic prosperity. It is true there are advantages in buoyant economies; expanding markets, customers with disposable income and available credit. However the entry costs for new business in boom times can be very high. Premises and employees are expensive, and the competition is well-established and difficult to dislodge.

What’s more, people in well-paid stable employment need a lot of balls to give it all up and strike out on their own. By contrast, someone with a redundancy cheque, time on their hands and few other prospects has little to lose. Gaps are created as established companies contract or fail, and customers shop around for cheaper alternatives to established products and services. Maybe innovation needs the occasional downturn, a bushfire to clear away all the dead wood and allow new shoots to grow.

The link between urban decline and innovation has of course already been made. Jane Jacobs wrote that new economic activity is best created in old buildings. New buildings are too expensive and too regulated in how they can be used, whereas new business needs cheap flexible space. There is also a well-understood cycle in which city quarters that fall into decline attract artists and creative people.

These urban pioneers help bring the area back to life but tend to end up being squeezed out by the upsurge in values that they create. The process documented in 1962 by Jacobs, has recently been updated by Sharon Zukin in her book Naked city: the death and life of authentic urban places. In this she plots the decline, creative colonisation and subsequent gentrification of six New York neighbourhoods and laments their loss of urban authenticity as affluent incomers displace the very independent local businesses and ‘funky restaurants’ that attracted them in the first place.

However unlike Zukin, Jacob saw this as a healthy urban process. It is always sad to see a lively creative quarter such as Covent Garden become gentrified, but provided that there are other parts of the city that can be colonised by young creatives the process will roll on regenerating the city as it goes.

Recessions, it seems, perform a similar function overtime. They create the conditions in which new activity can take root and new ideas and business can be tried out. Just as cities are regenerated by the activity that comes out of their run-down neighbourhoods, so urban renaissance grows from activity that starts in times of recession. This is what should be guiding our work at the present time, not through grand masterplans that will never be realised, but through grass roots urbanism and ‘grow-your-own regeneration’. It is the areas that get this right during the current Recession that will prosper when the market recovers.