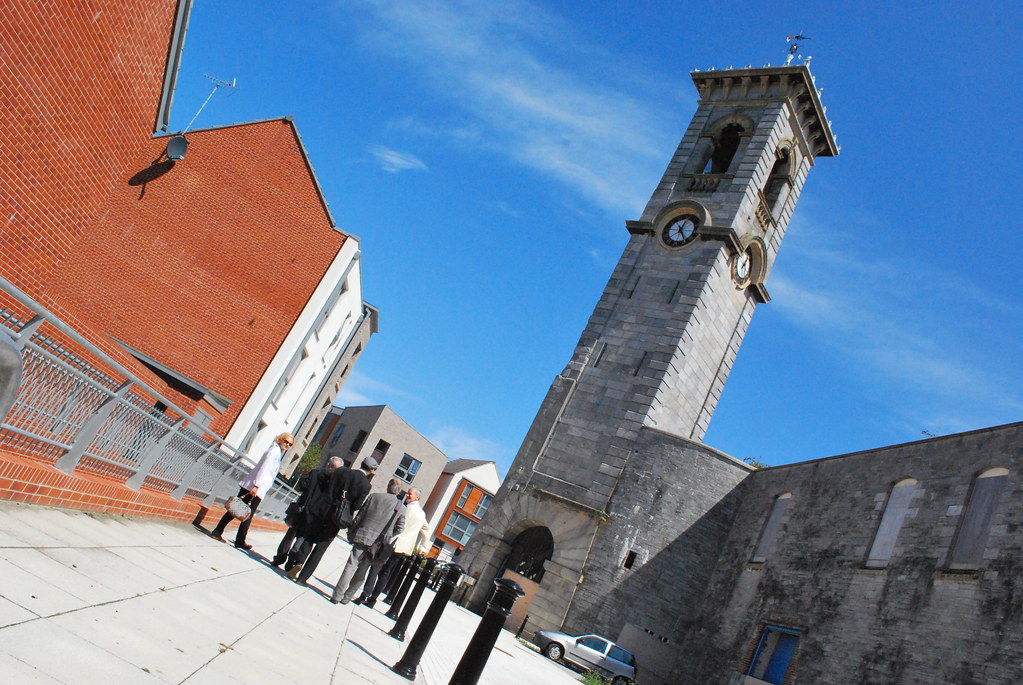 Flexibility in planning
Have a plan, but be flexible enough to respond to re-evaluation of the value of places (such as existing high streets).

Draw on pre-existing historic qualities as inspiration for future development
Recognise and use people’s attachment to surviving older buildings which have memories and associations with the area, and use their architectural and stylistic qualities as stimulus for future development. The rediscovery of place is a powerful agent for change and the rebuilding of community.

Delegate responsibility
Handing over responsibility for parks and open spaces to local groups can encourage a level and diversity of use that crowds out anti-social activity.

A casual look at tourist publicity and maps from Plymouth might suggest that Devonport does not exist. The image has evolved that this westernmost district of the city is a no-go area; a place to be avoided. Our assessment visit however revealed a neighbourhood which is making substantial progress in transforming itself through community led regeneration stemming from the rediscovery of its roots, including its heritage and unique physical setting, and the remaking of places.

Devonport has had more than its fair share of problems; its residents experience health inequalities and deprivation at the low end of national indicators (in the bottom 5% for some); generally they have a life expectancy 14.5 years lower than the most affluent parts of Plymouth. Devonport was devastated by wartime bombing and during the Cold War it was severed by the rapid large scale extension of the Naval Dockyard. Drab post-war public housing eroded much of its sense of place.

And yet this is only part of the story; the backdrop to a remarkable revival ushered in through a partnership of enthusiastic local groups and the long term commitment of the City Council. Devonport was a proudly separate town until its incorporation with Plymouth in 1914. It is defined by its peninsula-like quality, almost surrounded by the magnificent natural harbour of Plymouth and the Tamar estuary; the elevated views of the estuary, to the south and west are a valuable asset. The inheritance of a distinctive location, proud tradition of service to the Royal Navy, its past investment in civic buildings and the shared experience of its 5,000 or so residents reinforce a strong sense of identity.

Although ravaged by war and its aftermath, significant historic buildings remain and these are clearly cherished by local people. The neo-classical Guildhall and the adjacent Devonport Column have become the focus for a range of community and city wide events, the home of enterprises such as an artisan bakery (with ambitions to expand to offer bakery courses), and for tourists. This latter point is seen as important, in helping to change peoples’ minds about Devonport as well as helping to sustain emerging local enterprises. The intriguing ‘Egyptian’ hall, similar to the famous Egyptian House in Penzance, completes and enriches this ensemble. The former Market Hall with its fine Italianate clock tower has become the focus for a new housing area and neighbourhood pocket park, whilst its reuse is the subject of feasibility studies. The 18th century St Aubyn’s church has a particularly compatible dual use as a library on the ground floor and a place of worship on a new mezzanine gallery. It is hoped that the characteristic stone Ropewalk building located within the Dockyard may become an added attraction.

New housing, whose layout incorporates sound placemaking principles, of coherent street and block layouts (often reviving the original, obliterated street plan), are contributing to an attractive sense of place. The housing and tenure mix is designed to diversify the range, from the previous 75% council housing. One housing area, Gunwharf, has been awarded a ‘Gold’ category Building for Life standard and a ‘Secured by Design’ award. At present there is no fear, however, of Devonport becoming gentrified; instead, perhaps, we are witnessing the rebirth of a proud, traditional working class district.

The transformation of the extensive Devonport Park, on a plateau overlooking the Dockyard and Tamar, is a further example of the partnership of community enterprise and the city. In just six years, the park has been transformed from a threatening place to be avoided, to a green space thronging with children, families, elderly people and people with disabilities. The key initiative was the new café, pavilion and toilets, enabling people to spend the day in the park.

Much still remains to do in Devonport; more housing is being built on the former street layout and the existing ‘high street’ area is in need of rejuvenation. It is commendable that the masterplan was flexible enough to focus on this, rather than to proceed with a new centre elsewhere in Devonport.

Training and apprenticeships are to be developed in the neighbourhood, based on the skills associated with marine engineering in the dockyard, principally with Princess Yachts. The community enterprises, such as the Real Ideas Organisation, and the obvious commitment to the area by the local councillors and through city initiatives such as the excellent example of Area Action Planning, show that neighbourhood planning has been underway here well before the Government’s recent discovery of the concept.