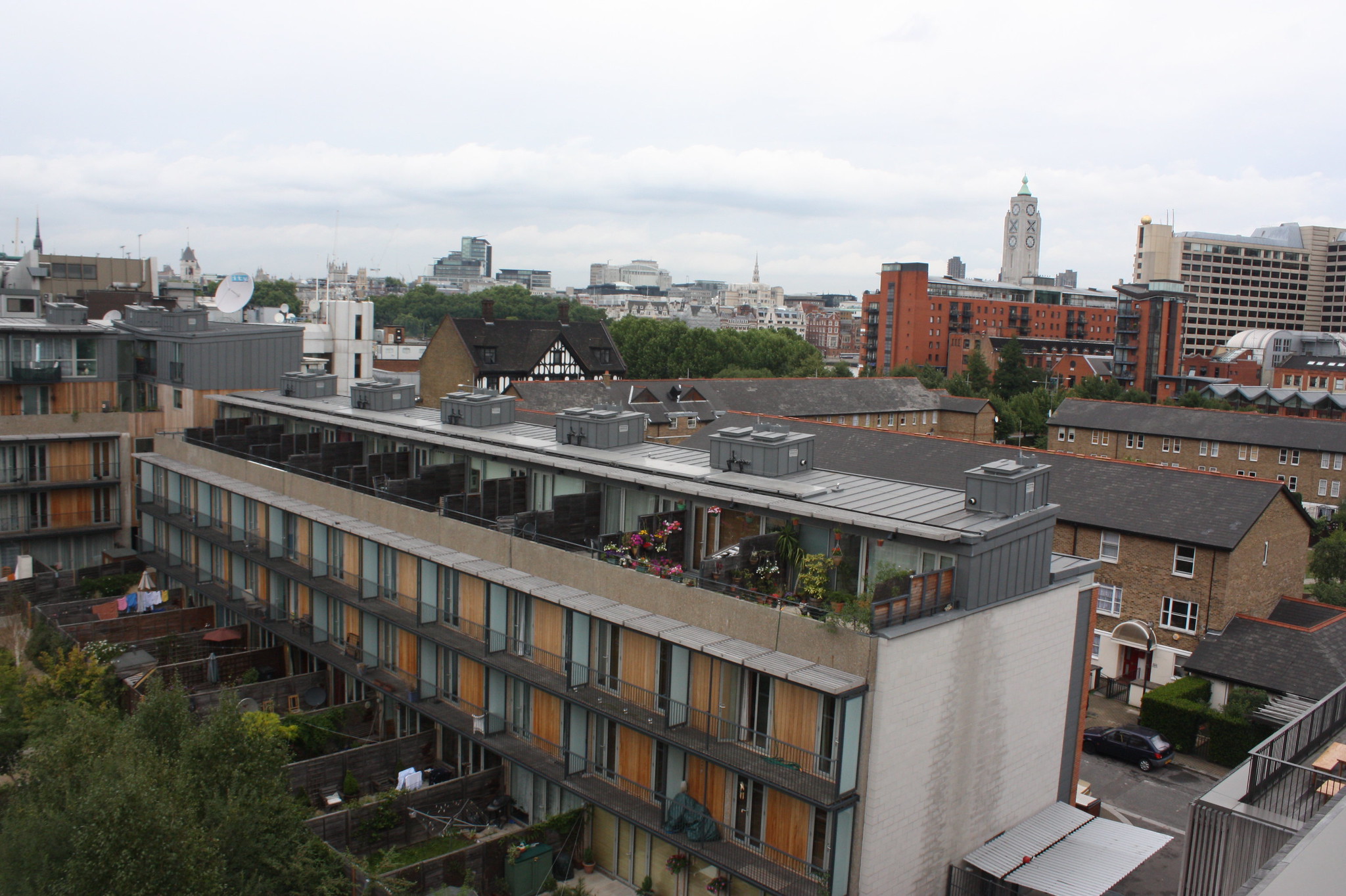 The Coin Street neighbourhood of London is a very strong contender for the Great Neighbourhood Award. In one form or another, the various Coin Street organisations have their origins in the 1970s so what we see today is the result of some 30 years of effort in the area.

Coin Street, as a neighbourhood could be delineated by the area largely under the management of Coin Street Community Builders, from the river back to Stamford Street and between Waterloo and Blackfriars   bridges.  Bringing in the Southbank Employers group widened the area, to the surrounding neighbourhoods, into what might be described as an area of overlap or influence.  The area has an enormous variety of building uses, heights and scales: in many ways it is a typical city centre fringe area with multi-storey buildings and corporate headquarters alongside national cultural institutions, parks and gardens and the riverside promenade balanced by a substantial area of residential properties and smaller businesses, all contained in a reasonable compact and traditional street system.

Today Coin Street is an area under pressure from land values and visitors reflecting its location close to the heart of a World City.  In the late 1970s, the situation was rather different and an urban design strategy dating from then referred to an unwillingness to invest in the area.  So what we see today is not just a change in circumstances due to context and economy but the ongoing ability to implement a strategic long term view harnessed to effective delivery.

Coin Street has always placed quality and concern for detail at the heart of their approach to new interventions.  Over the years, standards and aspirations have changed of course and, while there is nothing particularly wrong with the various phases of housing development undertaken in the early years, there is a healthy sense that there is always room for improvement and things might be done differently today.  Changing fashions in public realm improvements are a fact of life and here, earlier improvements are beginning to look their age and have sometimes been damaged by utility companies.  However the riverside promenade, its related green spaces and linkages are excellent.

Coin Street’s origins lay partly in resistance to a series of office-led proposals for the area in the mid 1980s in favour of a mixed use community scheme and although the organisation is profoundly community based and rooted in a relatively small area around Coin Street, it also has an entrepreneurial sensibility.  This enables it to use the market to benefit the communities living in the area.  It might be described as having entrepreneurial flair with a social conscience.

Coin Street Community Builders have had a significant effect on leadership in a wider area.  They are seen as an effective client (having won the RIBA Good Client Award) and have played a role in setting up the Development Trusts Association which is a national body.   They have also been supportive of other key organisations such as the Thames Festival.

In terms of bottom-up regeneration, Coin Street obtained an initial dowry of 13 acres of land from London County Council in 1984 for £1million and this has triggered effective mixed use development over the past 25 years.  The final major development in the area, which is a result of community consultation identifying future need, is a mixed use scheme of apartments for sale and public amenities including shops, care facilities and a swimming pool.  This will ensure long term maintenance and management.

The return on investment by the Government (LCC) can be measured in increase in use value, image value, community and environmental value.

In summary, the transferable lessons of excellence that can be learned by others from Coin Street are: