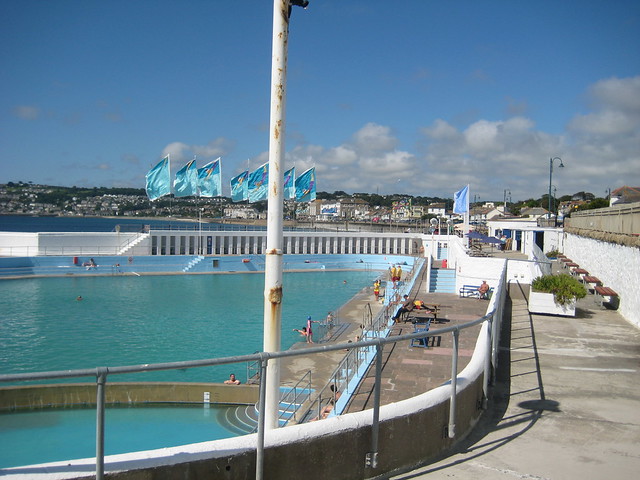 Chapel Street is an example of the need for a clear vision and strong leadership to overcome tensions between local and regional authorities that leave some issues unresolved.

Historic form and culture of the street give it a distinctive character, expressed in both the physical buildings themselves, as well in the way the space is used for public events.

Utilizing a human scale in building form and design has provided a comforting and accessible feel to Chapel Street – this strong visual distinctiveness demonstrates a high level of civic pride and respect for the street.

Due to the one-way traffic system, the street has been let down slightly through its over-engineered feel (ex. too many signs, frivolous road lines, etc).

There is great passion for the street at a local level, with the continued aim of promoting and developing the street as a commercial unit.

Chapel Street shines as an exemplar of historical form and character. A street of history, it is clearly one of the earliest streets to form in Penzance along the ridge of a geological boundary that juts out into the sea. A logical site for the principal church, the predecessors of which gave Penzance its name (derived from the Cornish for holy headland).

Rising gently from the harbour and Jubilee Pool to the commercial areas of Green Market, Causewayhead and Market Jew Street, this street truly feels as though it is part of the historic DNA of Penzance. It is an easy walk following the historic trade route from the middle of the peninsular through to the port that gave Penzance one of its reasons for being there.

The walk is greatly enhanced by the strong urban form and sense of enclosure, which creates a microclimate sheltered from the sometimes harsh maritime Cornish weather. Side lanes cross the street such that it reads as a narrow place with several interesting nooks and crannies with interesting glimpses beyond.

Chapel Street is a highly distinctive, characterful and fascinating Cornish Street with famous hostelries such as the Jean Shrimpton’s Abbey Hotel, the Admiral Benbow pub (of Treasure Island fame) and the Union Hotel that houses one of the oldest Georgian theatres in the UK (now dark). It is also home to the amazingly flamboyant Egyptian House, originally built as a geological museum, now owned and let as holiday flats by the Landmark Trust.

There are also several small specialist shops selling luxuries such as cigars, coffee, Persian rugs and chocolate; Lentern’s, a long-established family butcher, and Steckfensters (bric-a-brac) all creating a distinctive local offer. However, as in many places this distinctive offer breaks down beyond the north end of the street where familiar chain stores populate the area around Green Market and Market Jew Street.

The cultural offer is also excellent, especially with the new Exchange Art Gallery in Princes Street, intriguingly inserted into an unpromising 70s telephone exchange building, and several commercial galleries in and around the area. However, in the adjacent streets the precarious nature of the local economy is evidenced with places like the Acorn Arts Centre battling to survive funding cuts. St Mary’s church at the seaward end of the street is well-connected and has many community activities ongoing throughout the week.

Chapel Street has a strong urban form and character, but it has suffered from some lack of care and investment in its public realm over recent years. The local community is clearly passionate about the place, but tensions with other agencies mean that simple changes which would improve the place greatly are very hard to achieve. Small examples include: street signs, that mean little and should be removed; yellow lines painted on side streets so narrow it is impossible to park; and the need to re-manage the one way traffic flows in the area.

Larger urban planning exercises have resulted in little change to Chapel Street, although there are some significant plans to redevelop the area beyond it, around the harbour and pool. It is here that effective cooperation between all those involved is needed if a successful outcome is to be achieved in the years ahead. It remains to be seen whether the recently ‘unitised’ Cornwall Council will bring the working methods and levels of expertise required to make a difference to this potentially coherent seaside town.

Penzance, and particularly Chapel Street has not seen significant change recently but remain a place where there are important lessons to be learnt. The learning here is not about physical change but about the quality of historic place and how collective vision and firm direction is needed to manage change in the future. The learning falls into two parts: the first is about how historic streets can feel so right in their immediate urban context, the relationship to the towns they are in, their contribution to movement patterns, and the interaction that happens so naturally on them. The second learning point regards the need for clear leadership and vision that can help promote positive change.