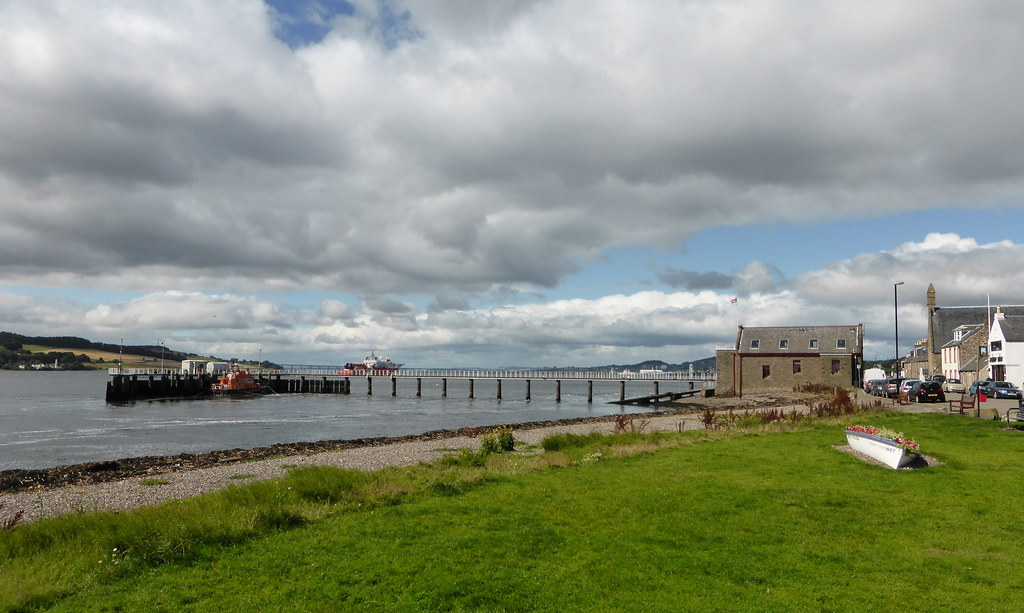 Proportions of spatial configuration
The appropriate size and hierarchy of street, block and plot morphology can contribute to viable mixed uses.

Effective community engagement
The power of an engaged and active community is key and illustrated in their keen appreciation of the special qualities of their neighbourhood to be defended and a clear view of the appropriate type and quality development it needs.

In many ways, Broughty Ferry has got everything going for it, and therefore perhaps it might be expected to be somewhat stultified and complacent. But no, this is an energetic and involved community, recognised in Scotland as something of an exemplar in neighbourhood planning.

Formerly a separate settlement until its incorporation with Dundee in 1913, Broughty Ferry has a strong sense of identity. Its attractive shoreline location, facing south across the Tay estuary, yet only five miles east of Dundee city centre, contributes to this essential attribute of neighbourhood, separate identity, yet essential connectedness to a larger settlement. Whilst the appearance of Broughty Ferry is predominantly Victorian in character, its small castle guarding the fishing harbour is a reminder of its medieval origins.

The total population of Broughty Ferry is about 20,000, divided into four localities; our visit focused on the central area, which has about 4,500 residents.

It appears that there is an effective relationship between the City Council, (the smallest in area in Scotland, and maybe therefore, the closest to its communities), and the network of local groups, the Broughty Ferry Community Council, (a statutory consultee) , the Community Planning Partnership, the Development Trust, Traders Association and Churches Group, amongst others. There is obvious liaison between the city (for instance with the Communities Officer) and these groups and local councillors, as we saw from our meetings and walking/talking tours. The effectiveness is demonstrated in the fact that officers with responsibilities at community level also hold senior management posts in the City Council. This helps to ensure that neighbourhood issues can be addressed at this executive level.

Broughty Ferry is fortunate in having a thriving mix of uses, not only with a high proportion of independent shops, but also of small commercial and service businesses, about 180 in total. This serendipity is the outcome of the interaction of particular circumstances: (a) the morphology of a Victorian grid of streets secondary streets and plots which easily accommodate relatively large shops, smaller shops, ‘backland’ higher density infill housing and side street concerns, such as vehicle repair garages and professional studio/offices; (b) the proximity of the city with a relatively affluent population adding to the local hinterland to create a critical mass of customers; (c) connections by bus and road are good, and the rail station, in the centre of the shopping area now has an improved service frequency, thanks to pressure from the Community Council, local businesses and the community and ; (d) the effect of ‘sensible’ planning (development management) and regulatory measures, such as licensing and public health, in terms of flexible and case by case implementation, results in the juxtaposition of surprisingly compatible uses.

There are very few vacancies in retail premises along the shopping streets, or on their upper floors and although there are a couple of local supermarkets, the large ones are located some distance away. In fact, the traders are promoting the concept of the high street being a supermarket in itself in the offer that it makes.

Schools are an essential ingredient for most neighbourhoods; Grove Academy, the new secondary school, is located at the interface of Broughty Ferry itself and its adjacent neighbourhood. The school is new but built on a site across the road from a well established primary school. The road at this point has been converted to a pedestrian space linking the schools physically and perceptually. The Academy is the natural focus for a number of primary schools in the area and for community activities, including the use of the full size swimming pool, fitness centre and hall. It has been designed with ease of management between school and community use from the outset. The wise decision was made to locate the academy within easy walking distance of the residential areas and centre, and accept that the playing fields would be accommodated a little further away, in a park.

The modest scale of this Victorian suburb by the sea has survived, thanks to much of it being within a conservation area. In general buildings have been converted and in cases enlarged sensitively. Examples include the former church of St Aidan converted to a community facility and most of the station buildings to a restaurant. Plans are afoot to enlarge the listed Library, whilst on the seafront a bold residential development has infilled a gap site.

The seafront dunes, the associated restored linear park and nature reserve and the generally spacious character of the neighbourhood provides ample leisure and fitness opportunities. These areas are well managed and the recent introduction of the land train has improved the access and ‘visibility’ of these assets.

Of course there are challenges still to face, not least the isolation felt by many older people, hidden pockets of deprivation and the need to create more varied accommodation for elderly people. Public realm improvements are modest and in a number of locations street surfaces could be improved.

Our general impression is of a neighbourhood which has an engaged and lively community at all levels, committed to the sensitive stewardship of their locality.